A curious cut has struck up an unlikely friendship with the window cleaner at his skyscraper’s condo.

Daniela Morales, 30, has been living with feline Scooter in her 22nd floor apartment in Toronto, Canada for the last nine months.

But apart from walks out in the park on a leash, the 11-month-old has little chance to explore anything outside his home.

Marketing specialist Daniela however captured the moment her pet became intrigued by an unknown window cleaner as he passed down the side of the building.

Adorable footage shows Scooter watching him cleaning from a distance at first, before curiosity takes over and he walks right up to the window.

The window cleaner then proceeded to interact with him, smiling and attempting to make him follow his brush and wiper across the glass.

Despite only spending around five minutes playing with each other, Scooter was left enthralled and waited for the man to return after he continued down the building. 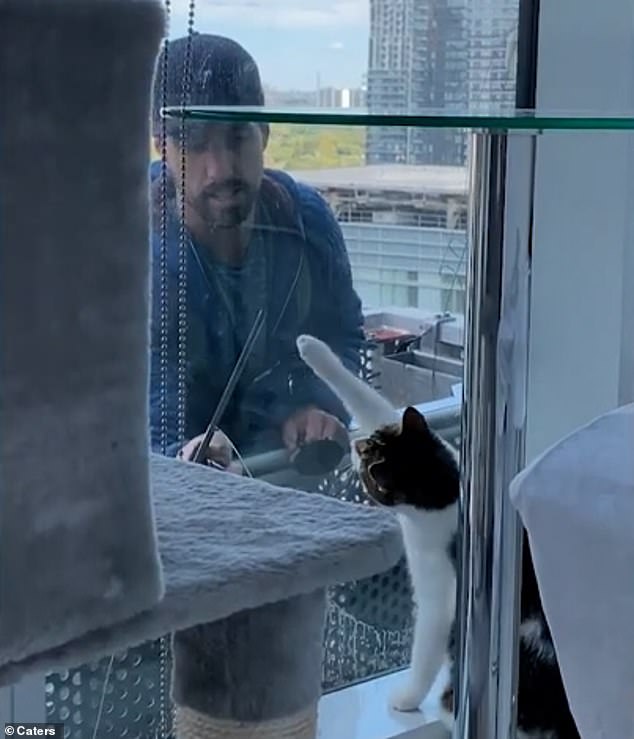 Daniela Morales, 30, recorded her curious cat Scooter as he inspected a window cleaner through the glass of their 22nd floor condo in Toronto, Canada.

‘I often take him to a park on leash and everyone he meets loves him.

‘Unfortunately, I do not know the window cleaner, and he has not yet returned.

‘Scooter sat at the window for around an hour waiting for the cleaner to return after he had left.’

Daniela shared the footage on TikTok, and it has since received over one million views and thousands of comments.

One person wrote: ‘I’d be fired on the first day, because I’d sit there all day.’ 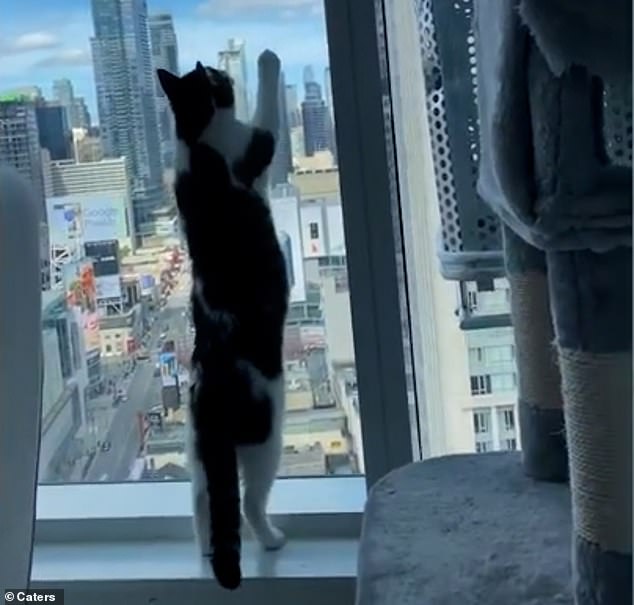 Adorable footage shows Scooter watching him cleaning from a distance at first, before curiosity takes over and he walks right up to the window 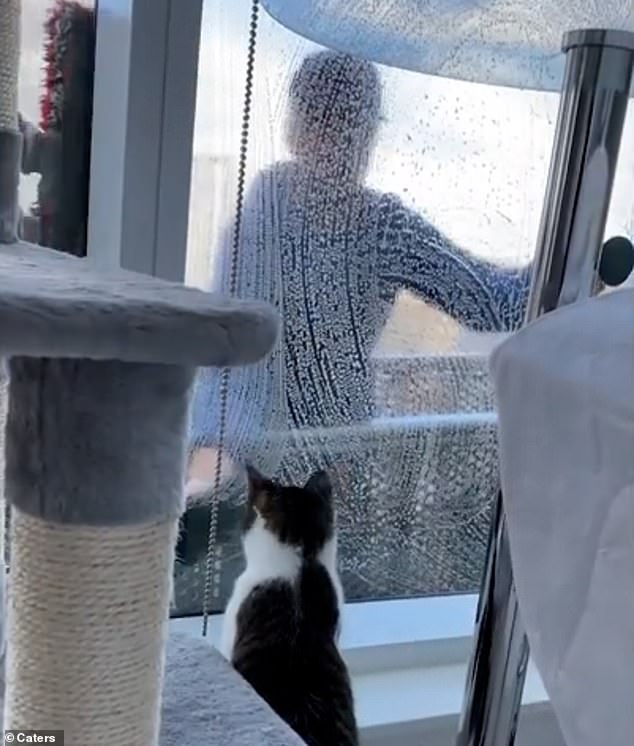 Another added: ‘I’m a window cleaner just like this guy and honestly, seeing cats in the window trying to chase the tools makes my day.’

A third said: ‘All I need is a compilation of window cleaners and cats and I’ll die happy.’

A similarly happy friendship between a cat and a window cleaner was struck up in Pimlico, central London.

Since 2015, Rina Takei and her cat Guinness have regularly racked up views for his monthly interactions with their window cleaner.

Footage shows Guinness completely intrigued by what the man is doing, as he chases after him and rather adorably attempts to paw the soapy sponge through the glass.

The window cleaner can be seen laughing while waving at the feline and then tapping the glass in a circular motion with his wiper.