EXCLUSIVE: Declan Rice gets yellow card from the council as World Cup star is ordered to cut back oak tree in his back garden ahead of tonight’s quarter-final clash with France

England star Declan Rice has had two oak trees in his garden cut back – after a neighbour called Mr Green claimed that one of them was filling his gutters with acorns.

Council officials had to give permission for the pruning as both the oaks in the grounds of the 23-year-old midfielder’s £2.6m mansion are protected by Tree Preservation Orders.

Rice who has so far played in all of England’s matches at the World Cup in Qatar did not object to his neighbour Alan Green’s request for the work to be done.

Mr Green, 83, applied to cut back two or three branches of one tree overhanging his garden by up to 9ft, and for a ‘large lateral branch’ to be cut back on a second oak. 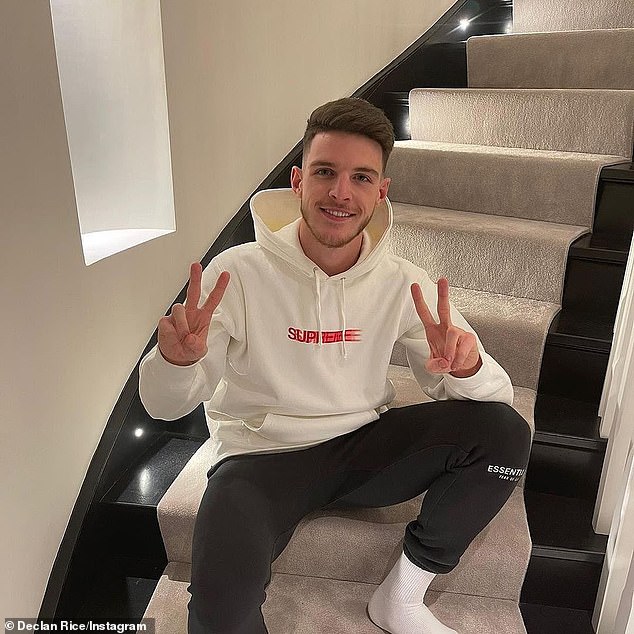 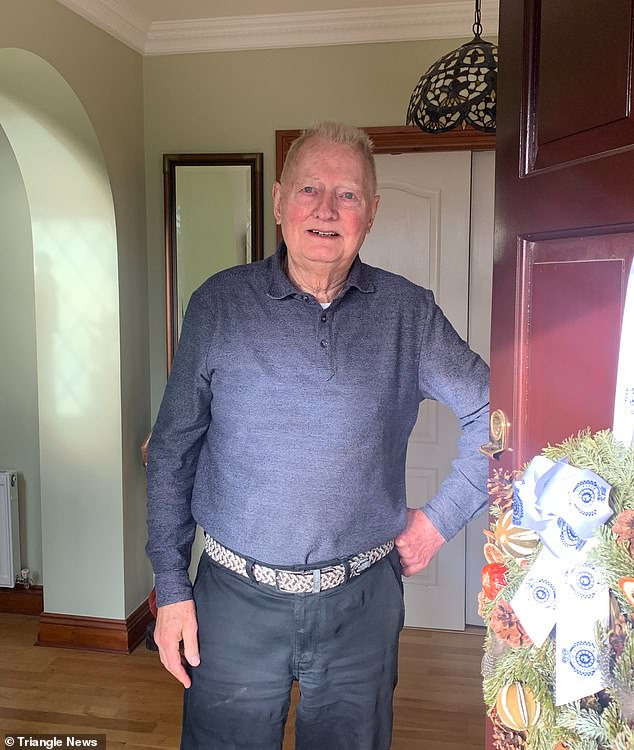 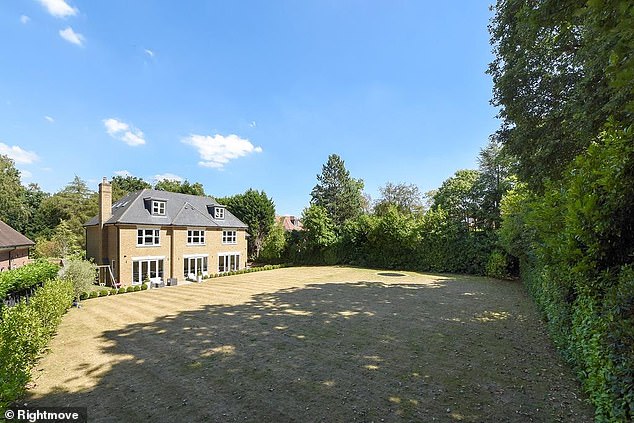 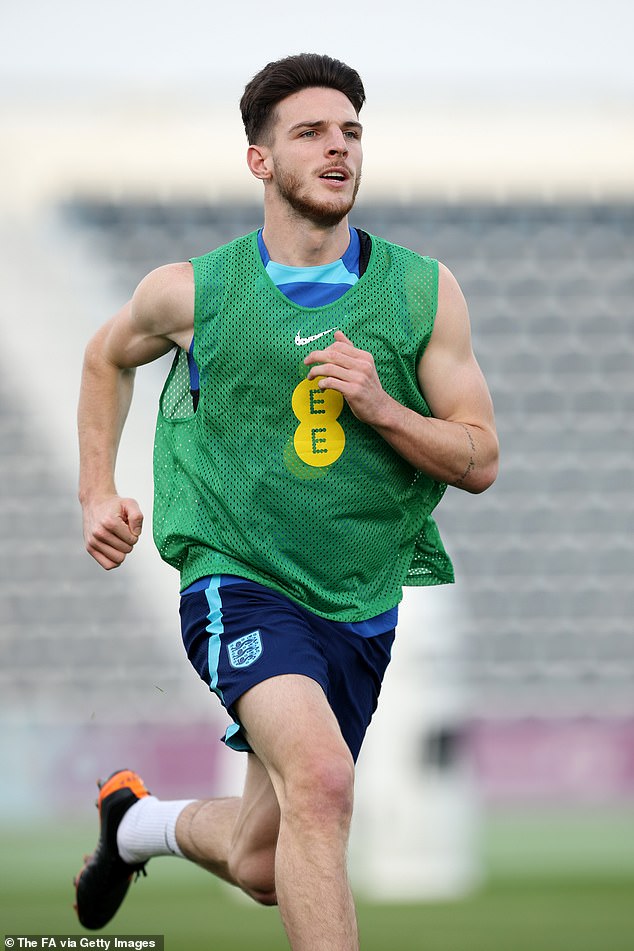 Mr Rice played for the Republic of Ireland until 2018, joining England’s National Team in 2019

A tree surgeon who submitted the application on Mr Green’s behalf estimated that the work would cost £400 plus VAT.

The surgeon also submitted a further quote to remove a branch of a Scots pine in the pensioner’s garden at a cost of £160 plus VAT.

It is not known whether West Ham captain Rice contributed to the cost of the work on the two trees which stand at the end of his 0.7 acre garden near Reigate, Surrey.

The application was approved by Reigate and Banstead Borough Council in September, more than two months before the player flew to Qatar with the Three Lions squad.

Planning documents visible on the council’s website inadvertently name the footballer’s father Sean Rice as the owner of his luxury six bedroom home.

But Land Registry records confirm that the property is owned by Declan Rice who played for the Republic of Ireland before switching to England in 2019. 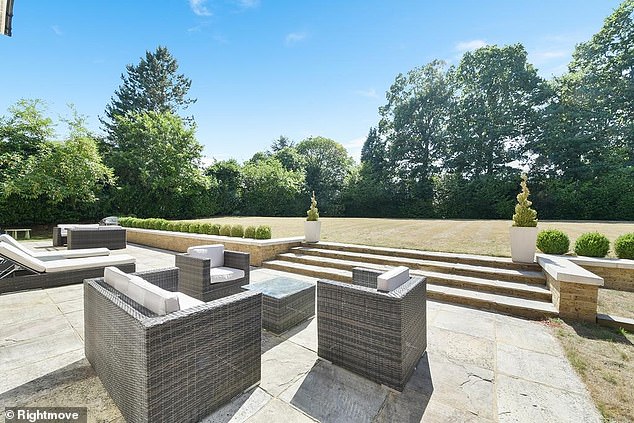 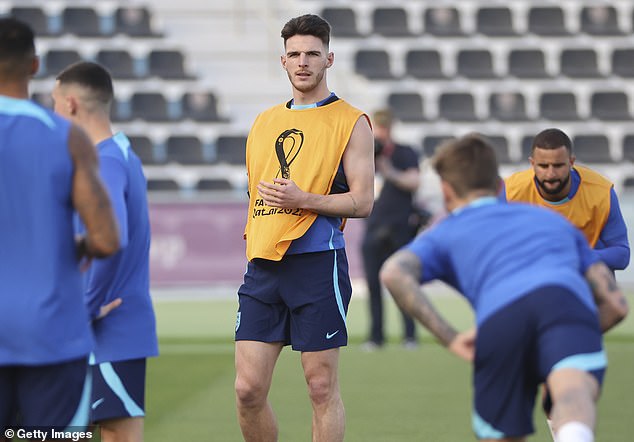 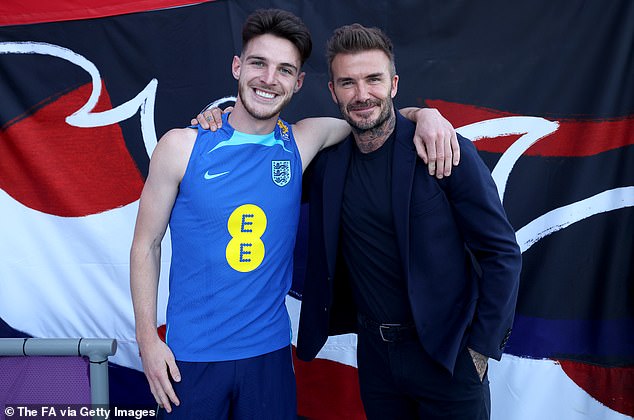 Mr Green said he had never chatted to his famous neighbour who had a baby son Jude in August with his childhood sweetheart Lauren Fryer.

Describing the overhanging branches, Mr Green said: ‘It wasn’t a problem, I just needed them trimmed.

‘The branch from next door was overhanging the roof of my house. And as they are oak trees, particularly at this time of the year when they shed their acorns and their leaves, they block all the guttering.

‘The problem is then with it all being overflowing when it rains, and as you know we do have some heavy rain from time to time.

‘So that was what the problem was. Just over the autumn period, really – but it’s been a growing problem over time, it’s been getting more and more.

‘I went through the function of going to the local authority, to the tree department.

‘And then somebody came and inspected it and they said, “Yes they needed to cut that back”, so I got approval.

‘Then they engaged a tree specialist to cut it back.

‘I haven’t had a problem with my neighbours. I don’t know them – I have never spoken to them personally.

‘I don’t know why I haven’t spoken to them. I suppose the gardens over there are quite large.

‘I know they have got a net for football in the garden.’ 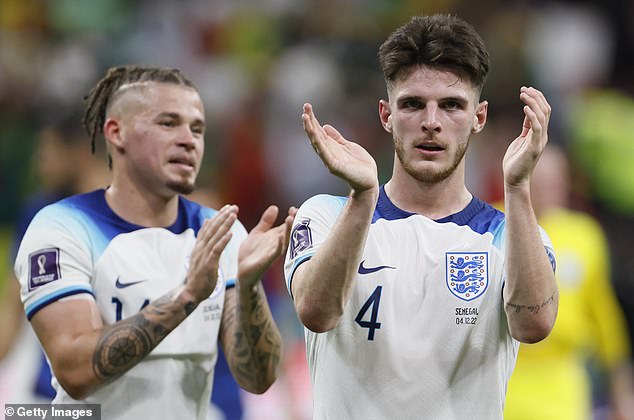 Rice’s England team will face France in the Quarter Finals of the World Cup, tonight at 7pm 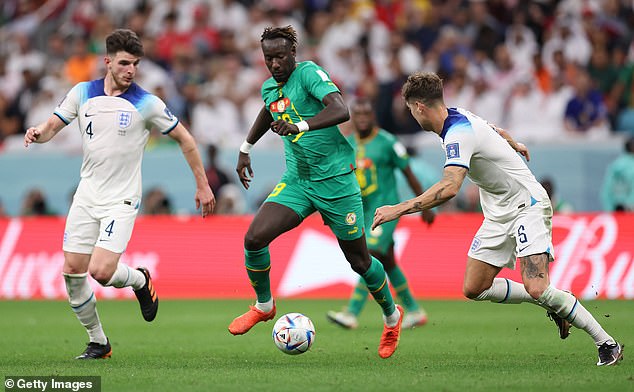 The footballer missed training this week due to illness, following a 3-0 win over Senegal 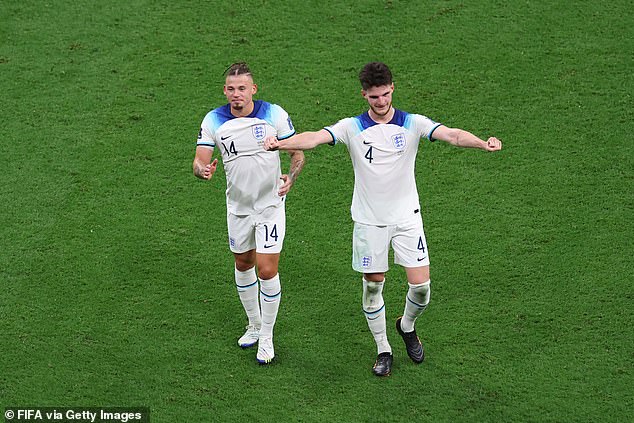 A council officer who visited Mr Green’s home to see the extent of the overhanging branches recommended that permission be given for the trees to be trimmed.

The officer described the pruning in his report as being ‘in the interests of the visual amenity and landscape of this locality plus good arboricultural practice’.

The report said: ‘The band of trees are not only subject to a TPO but are located within a designated RASC (Residential Area of Special Character).

‘The area has a high density of mature trees and vegetation which make a significant contribution to the local landscape.

‘There are several areas which have been designated as RASC’s throughout the Borough. These areas have generally low-density development with substantial dwellings sizes set into spacious grounds which contain significant, mature trees and vegetation.

‘The specification is to reduce the overhanging branches back to the boundary line.

‘Cutting back the overhanging branches is a common law right. Importantly the pruning cuts would not be large enough to be a cause of concern in terms of harming the health of the tree or affecting its visual amenity.’

Luci Mould, the council’s Director Of Place Services, approved the work, saying it should be done within two years.

She said in a report that the checks should be made before the work took place to make sure that it did not impact on bats or birds nesting in the trees.

Ms Mould said: ‘Bats, their roosts and nesting birds are all protected under the Wildlife and Countryside Act 1981 and other legislation.

‘Therefore all checks should be made to establish if any parts of these trees, not just any cavities, are in use by bats or nesting birds.

‘Specialist advice may be needed to ensure full compliance with this wildlife legislation. This will require site assessment in advance of the implementation of this approved tree work in liaison with the relevant nature conservation organisations.

‘The presence of such protected species may affect when the tree work can be done. Any necessary permission of the owner should be confirmed before the work is implemented.’

A council spokesperson said: ‘The council received an application for pruning works to a Tree Protection Order (TPO) tree, made by Mr Green and relating to a neighbour’s tree, which was approved.

‘The council cannot compel owners of privately owned trees to prune, fell or undertake other works to their trees.

‘The council’s responsibility ceases in the approval of consent for the tree works and it is then for the individual to undertake the works.

‘If the works are requested by a neighbour then it becomes a civil matter between the two parties as to whether the works are undertaken.”

The Ramblers Association which is Britain’s leading walking charity did not object to the tree trimming, despite the two gardens being close to a public footpath

Martin Dunn, footpath secretary for charity’s Reigate North branch, said: ‘There are generally no objections to essential tree works in relation to local Public Rights of Way other than safety concerns whilst works are in progress.’

Pictures from an old estate agent’s sales listing for Rice’s home – around an hour’s drive from the West Ham training ground – show a back lawn surrounded by towering trees.

The detached and gated house has a stylish and modern interior across three floors with extensive porcelain-tiled flooring, a vaulted reception hall and a curved mahogany staircase

The 7,400 square foot home also features a cinema room, a Sonos integrated sound system, underfloor heating and an annexe above a double garage.