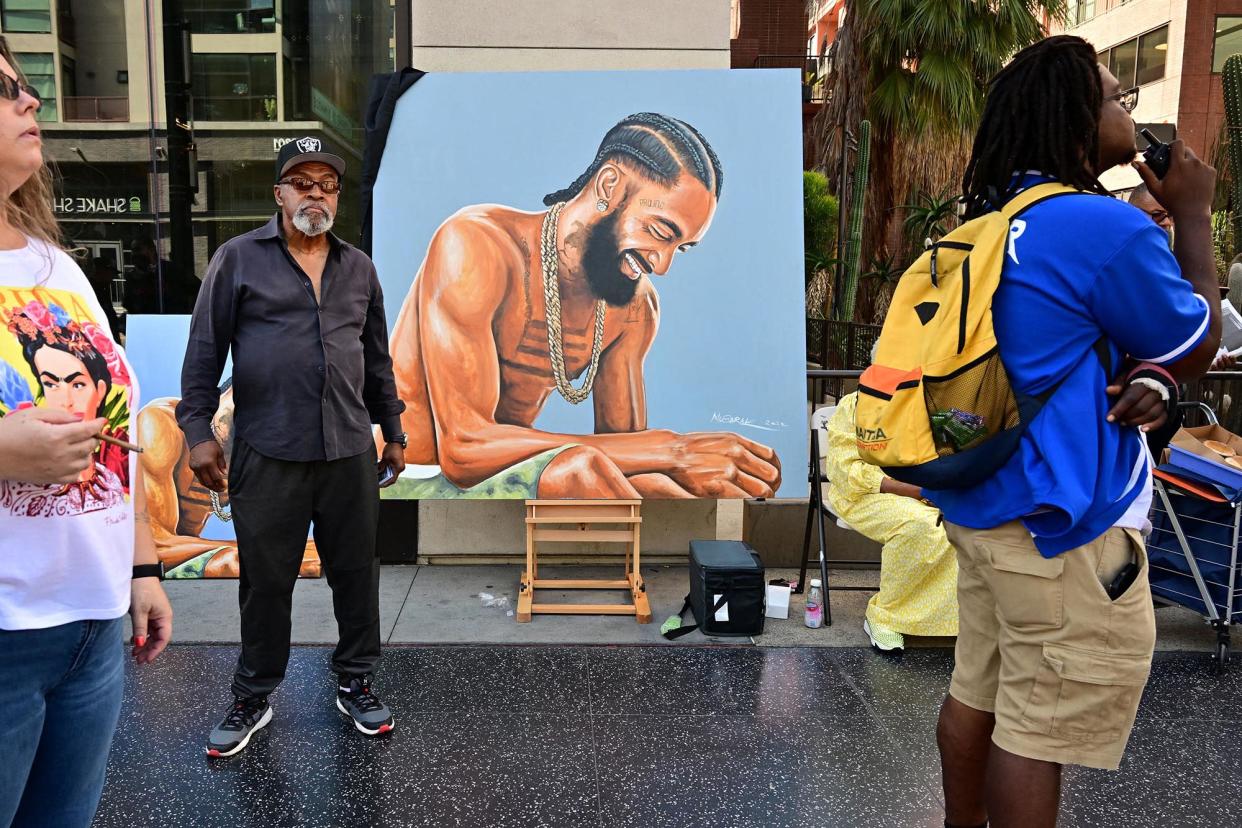 South Central Los Angeles has a star in Hollywood. On Monday, the late Nipsey Hussle — a native of the city’s Crenshaw neighborhood — was honored with a star on the Hollywood Walk of Fame in front of Amoeba Music. The event coincided with what would’ve been the rapper’s 37th birthday.

In front of a gathered crowd that included YG and Roddy Ricch, Hussle, whose real name was Airmiess Asghedom, was remembered by partner Lauren London, his sister Samantha Smith, and grandmother Margaret Boutte, who accepted the honor on his behalf.

“I think I speak for the entire city of L.A., we all know Hussle was destined for greatness. This moment only amplifies that for us,” London said, holding back tears. “Nip would’ve been honored by this moment.”

“Whenever you’re in the City of Angels and you see this star, I hope it encourages you to break away from whatever might be holding you back and for you to run your marathon until God says that it’s finished,” she added.

During Hussle’s sister’s speech, Smith said she was “in awe but not surprised” by the impact his late sibling had on music and the entertainment industry.

“You’ve been a star in my eyes, the family’s eyes, God’s eyes, far before the accolades caught up,” Smith said. You’ve affected the lives of so many in the realest ways.”

Hussle died in 2019 after being gunned down by a man named Eric Holder, who was convicted of first-degree murder last month. Holder was also convicted of attempted voluntary manslaughter. During closing arguments in the case, the prosecutor of the case called Hussle a “favorite son” of South L.A. and commended his continued connection with the community he was raised in.