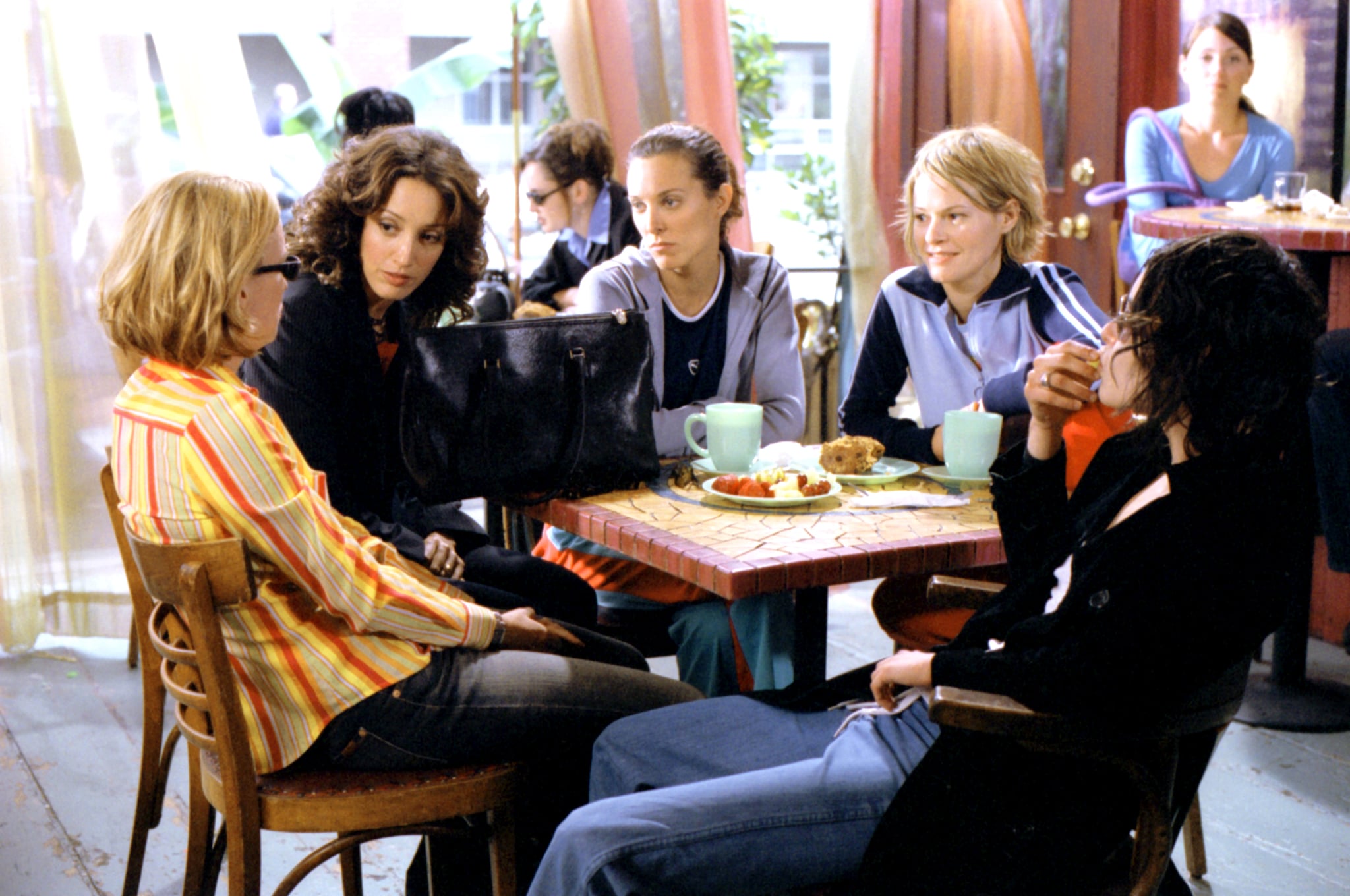 I, like many, grew up on “The L Word.” The series centered around a group of lesbian and bisexual-identifying friends in LA and subsequently shaped my understanding of what it meant to be a queer woman. It showcased how queer women interacted, how they presented themselves, and ultimately how they signaled to other women that they were queer. Then again, it was very much a program of its time — as indicated by Shane’s low-rise jeans, Papi’s fedoras, and the gross mishandling of Max, a character who transitions from female to male during the show.

Another, more subtle example of the series being a byproduct of the early 2000s occurs in season one, episode three titled, “Let’s Do it.” The scene sees Alice, the group’s token bisexual, and Shane, the androgynous lothario, informing the sexually inexperienced Dana on how to spot a lesbian based on her manicure. “Dana, look at her fingernails — are they long or short?” Shane asks as they observe a customer at their go-to coffee shop, The Planet. Dana responds, “They’re long and polished, so she’s . . .” and Shane finishes her sentence, “Leaning to straight.”

This interaction, although fleeting and overall inconsequential to the larger plot of the show, set a precedent for millions of queer woman who treated “The L Word” as scripture. It embedded a cultural expectation that largely persists to this day: queer women should have short nails, and longer manicures are exclusionary to heterosexuals or the so-called lesbians of mainstream pornography. This notion doesn’t leave a whole lot of room for nuance, and has left many queer women questioning how they can express their sexuality and femininity simultaneously.

Enter: the femmicure — also referred to as the queer or lesbian manicure — a nail trend that (auto)straddles both fashion and functionality. It generally consists of a longer set of natural or acrylic nails followed by two (or more) nails at shorter lengths. 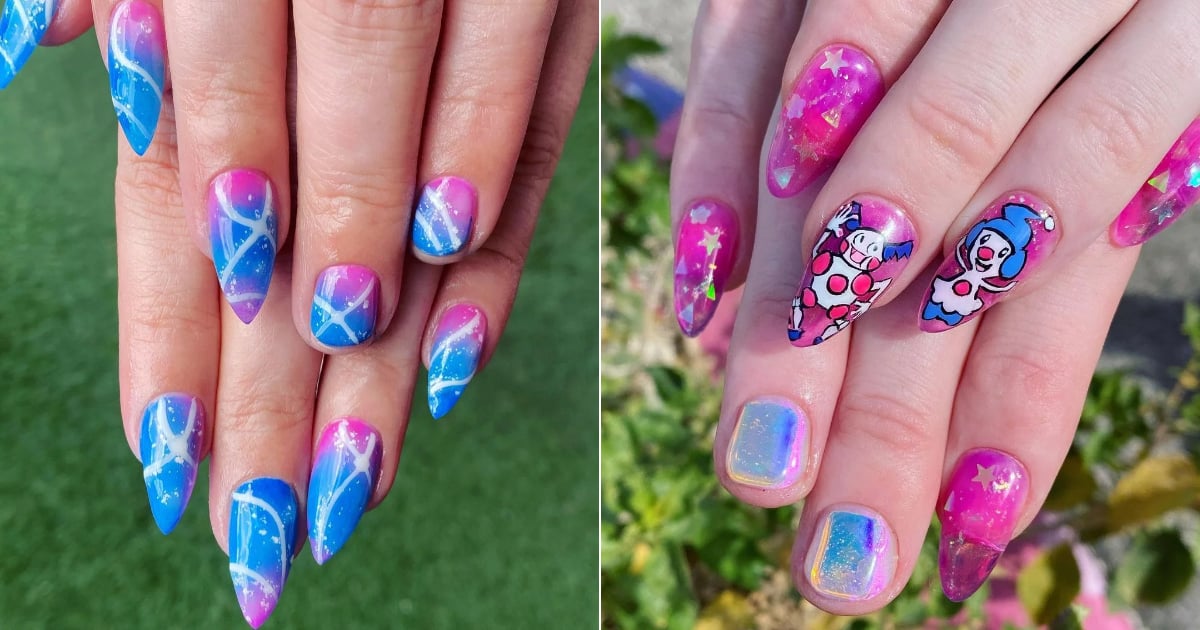 “In my experience, the most agreed upon queer/lesbian manicure is having the index and middle fingernails short, sometimes called ‘party fingers,'” says Laura Sterling, known on Instagram as Lorb, a nail artist at Cute Nail Studio in Austin. “But really it can be any number of short or long fingers, pride flags, kinky, goth, super adorable, super sleek, celestial, bejeweled — you name it.”

This style, although not entirely new, has begun cropping up more and more on social media and allows the wearer to express themselves through their manicure without potentially harming any intimate partners.

“There were a couple years after I first came out that I didn’t get my nails done because of my need for safe, comfortable sex with my partner and wanting to be visibly queer — I couldn’t find a way to have both,” says Queenie Von Curves, a lesbian burlesque performer and femmicure enthusiast. “I first got a femmicure being in a monogamous relationship. I’ve always loved having long elaborate nails, but they weren’t working with my sex life. I then learned about it online in a funny meme on a queer Instagram page and was like, ‘Oh my god, that’s perfect.'” 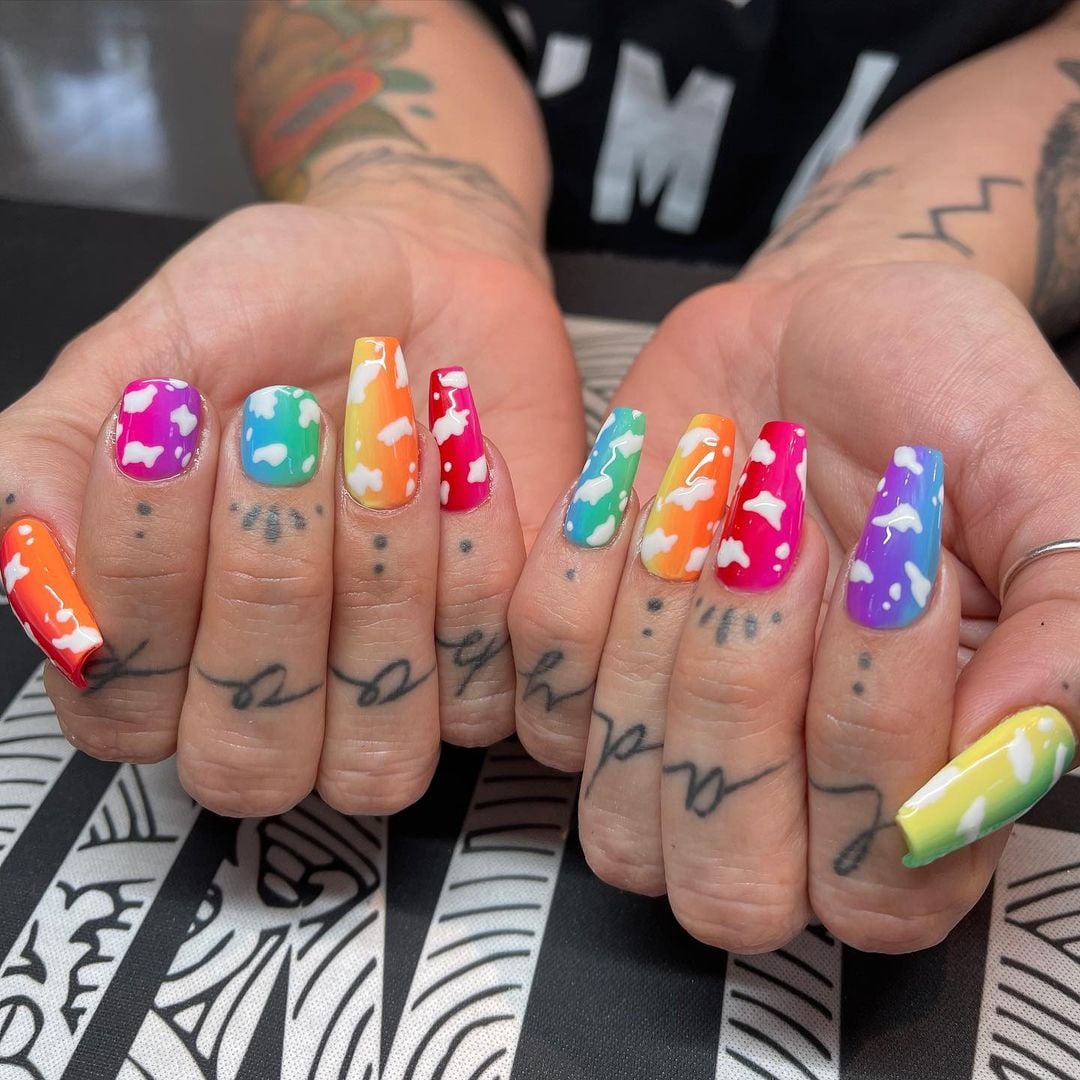 The femmicure has a practical purpose but also acts a queer signifier for the wearer — as if to say, “Hello world, I’m a lady who likes ladies.” Signifiers have long been a part of the queer community, with photographer Hal Fischer documenting the hanky code of San Francisco’s gay scene as far back as the 1970s. Fischer’s photographs decoded the colored handkerchiefs and the implied sexual preferences of his subjects, which were brought to mainstream recognition via an art exhibition and later book entitled “Gay Semiotics.”

To this day, many queer people employ signifiers, including a femmicure, to discretely communicate their sexuality to fellow LGBTQ+ individuals. “Personally, [femmicures are] a way for me to signal to other people on the L train that I am not only femme but also queer,” says Rocky J, a queer femme tattooer who goes by Baby Rock Tattoos on Instagram. “It makes me feel empowered and allows me to publicly make a statement about not only my femininity, but my sexuality.”

It’s also important to recognize that while the femmicure has grown in popularity among lesbian and bisexual women, it’s not exclusive to either of these groups. As nail art continues to grow among all genders and sexualities, so does the need for a manicure that functions accordingly. After all, regardless of sex or sexual preferences, we all want to make our intimate partners comfortable with our choice of nail length.

Still, although many queer people understand the purpose of a femmicure, it’s still relatively underground. Historically, many in the LGBTQ+ community have been covert when displaying signifiers to avoid judgment, harassment, or violence. Shining a light on these signifiers has, when handled appropriately, given recognition and representation to a largely underserved group. In the wrong hands, it has led to stereotyping. (Who could forget all the fuss around the “gay ear piercing” in the 1990s and early 2000s?)

Yet, with generational changes has come more LGBTQ+ acceptance from the general public. “I get a few different mixed reactions,” Rocky J says. “Some are shocked, some are pleased, and others are curious about their purpose. My favorites are when people think [my nails are] just broken and I haven’t had time to get them fixed.”

Although times are certainly changing, many who wear a femmicure aren’t always up for the constant questioning from strangers. As someone with lots of visible tattoos, I understand the feeling. The truth is, there are plenty of practical reasons why someone might want a combination of long and short nails. Those who play guitar and bass might reserve short nails for their plucking hand and wear longer nails on their strumming hand. You might also keep some of your nails short for buttoning up your jeans, clasping jewelry, unbuckling a car seat, or retrieving a credit card from an ATM slot.

“I’ve seen a short index finger and thumb for contact lenses,” Lorb says. “The style is perfectly convenient for day-to-day cleaning, personal maintenance, pressing buttons — everything that a finger is meant to do.” 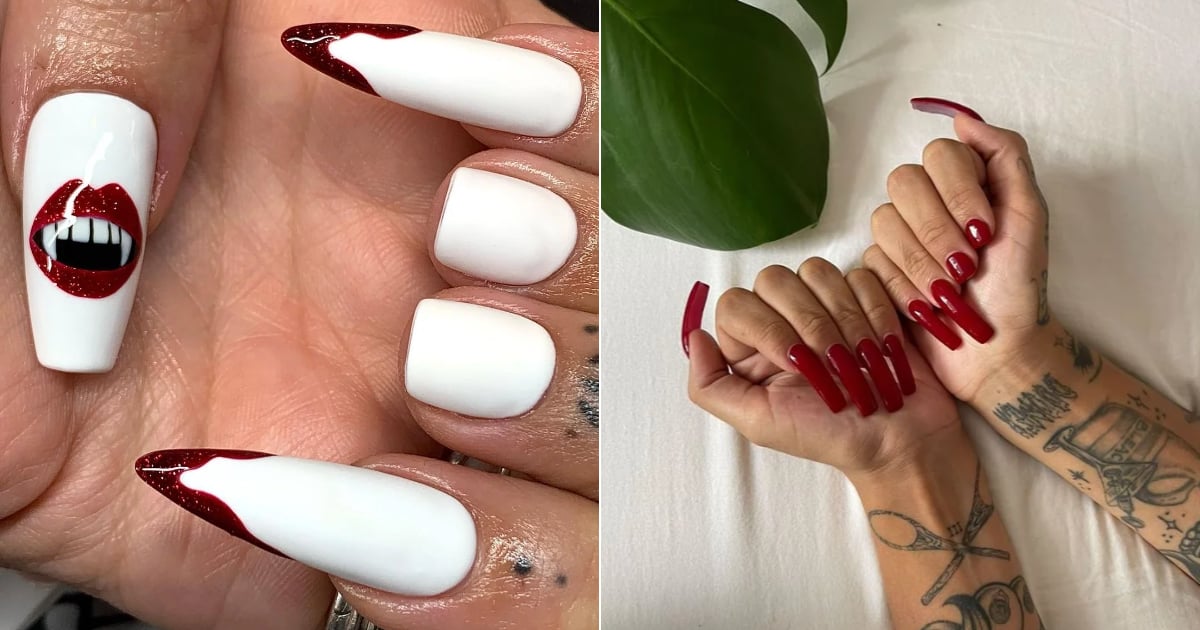 In addition to allowing the wearer to express their femininity while providing a variety of functional benefits, a femmicure allows Black and brown queer women to connect with their community. Nail art, particularly longer and more elaborate styles, roots from Black and brown communities. It’s a cultural expression that many Black and brown individuals historically have been discriminated against for wearing — whether you’re an Olympic Gold medalist or a Grammy winning performer. The femmicure allows those who wear it to simultaneously celebrate their culture as well as their sexuality.

“Growing up in a Latina household, I was surrounded by beautiful women with bright red lips, big gold bamboo hoops, and thin brows,” J says. “But what I gravitated most toward was the long french tips I saw my mom’s friends with. Of course, being so young, I wasn’t allowed to dive into [getting manicures] head first, especially since my parents were on the conservative side. But the older I got, the longer my nails became, and that’s led me to where I am today.”

Just as a femmicure client will seek out a nail artist for their technical expertise, they’re also inclined to find an inclusive environment. Queer people frequently see beauty salons (whether that be nails, hair, skin care, or otherwise) as a place of refuge, and they make up a growing percentage of clientele across a spectrum of sexualities and gender identities. “Nails are seen as a ‘feminine’ service, but they shouldn’t be, and continuing to break down that barrier starts with representation,” says Alaina Schwechler, a nail artist known to TikTok as HoneySheNailedIt. “People are seeing nails for the art that they’ve always been, and with that, more people are using them as an opportunity to define who they are.”

Creating an inclusive environment is not only important for queer clientele, but also the nail artists themselves. That community of support, both in person and online, shows the impact something as small as a manicure can have: “I was a late bloomer in coming to terms with my sexuality,” Schwechler says. “The first queer nail-art set that I did was a bisexual pride set; it was my way of coming out without coming out. It was the first video of mine to hit a million views and launched my platform. If that’s not proof that we should be living in our truth, I don’t know what is.”