When it comes to celebrity breakups, some are a bit more surprising than others. Over the years, we’ve watched as countless celebrities get together — some relationships last, some don’t, and some are incredibly shocking when they fall apart. Who could forget the sheer shock and devastation when Brad Pitt and Jennifer Aniston announced their split in 2005? Or, what about when Gwyneth Paltrow and Chris Martin declared their “conscious uncoupling,” ultimately ending their 13-year marriage?

While there are plenty of celebrity breakups that came with some shock value, there are also those that are slightly less surprising. Was anyone truly shocked when Selena Gomez and Justin Bieber called it quits one last time after years of a tumultuous on-and-off relationship? On a similar note, many fans weren’t surprised by Kim Kardashian and Kanye West’s divorce announcement — if anything, many fans thought they should’ve divorced sooner!

We all have varying opinions about celebrity relationships, but ultimately, some are just more shocking than others. And now that we’re halfway through 2021, the year has already delivered some pretty harsh blows when it comes to shocking celebrity breakups. We decided to put them to the test and figure out which celebrity split of 2021 has been the most shocking so far — keep reading to learn more!

Fans are still reeling from Bill and Melinda Gates' split 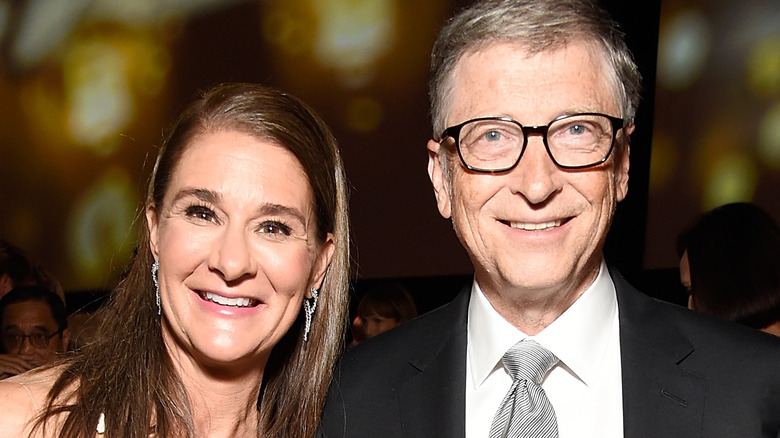 So far in 2021, there haven’t been too many celebrity breakups — but the ones that have happened so far have been pretty shocking. Nicki Swift conducted a poll asking 601 fans which celebrity split of 2021 has been the most shocking, and the clear winner by far was Bill and Melinda Gates with 53.41% of the vote. Jennifer Lopez and Alex Rodriguez came in second place with 27.12%, followed by Ben Affleck and Ana de Armas with 11.31%, and finally, John Mulaney and Annamarie Tendler rounded out the shocking splits with 8.15%.

While Bill and Melinda Gates’ divorce announcement definitely came as a shock, it’s not quite as shocking to see that they came in first place on this poll. According to People, the duo wed in 1994, leaving them with 27 years of marriage under their belts. The two also share a foundation, the Bill & Melinda Gates Foundation, which will no doubt operate much differently now that they’re separating. Though the pair claimed that they will continue their work together at the foundation in their official breakup statement, fans are still nonetheless reeling after the shocking revelation.

Considering how long Bill and Melinda Gates were married and all the work they’ve accomplished together, it’s pretty easy to see why fans find their split to be the most shocking of all!

Cele, is, Most, SHOCKING, the, This
You may also like: