A tribute Barbie is NEVER a badge of honour

The new version is to honour Dame Sarah Gilbert, who brought us the life-saving Oxford-AstraZeneca jab, currently the most widely used Covid vaccine on the planet.

To mark her incredible achievement, she was awarded the Albert Medal by the Royal Society of Arts, with previous winners including Thomas Edison and Stephen Hawking.

But I bet you won’t see a doll in either of their images. No, that honour could only fall to a woman. Dame Sarah initially called the dubious tribute from Barbie ‘very strange’. She recovered enough to add: ‘I hope children who see my Barbie will realise how vital careers in science are to help the world around us.’ 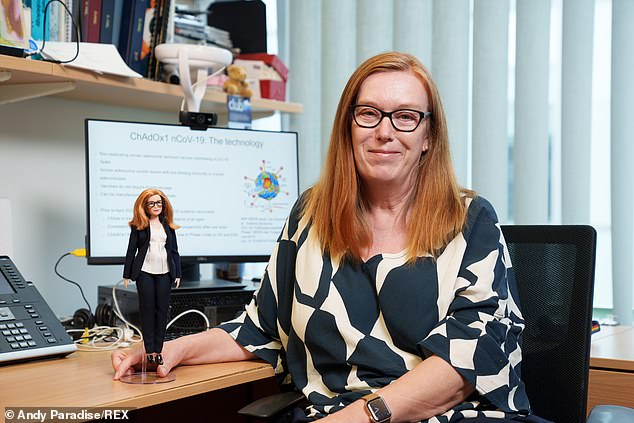 Dame Sarah Gilbert (pictured), who brought us the Oxford-AstraZeneca jab, has been depicted as a Barbie doll following her contribution in the global fight against Covid-19

But the look on her face as she posed alongside her doll said it all. That uncomfortable rictus grin seemed to say: ‘Why me?’ What an insult to her achievements and intelligence. The idea that she would see such a gesture as a compliment beggars belief.

I find the entire Barbie industry grotesque, so it angers me that their sales rose to a six-year high last year, as lockdown led to desperate purchases to keep little ones entertained. Not that Barbie is often bought for boys.

She was originally promoted to parents as an aid to help girls grow into the perfect wife. Unsurprisingly, feminists soon protested. At a New York toy fair in 1972, they accused parent company Mattel of encouraging girls to see themselves as ‘mannequins, sex objects or housekeepers’.

Dame Sarah’s doll is one of six depicting women who have played a key role in the global fight against Covid-19.

Of their creation, Mattel senior vice president Lisa McKnight, said: ‘Barbie recognises that all frontline workers have made tremendous sacrifices when confronting the pandemic.

‘We are sharing their stories . . .to inspire the next generation to take after these heroes and give back.’ How commendable. The only problem is that, while this new doll may be a world-beating scientist, she can’t tell you a single thing about that.

Instead, young girls will simply brush her lustrous hair — Dame Sarah’s doll looks fresh from a shampoo advert — and dress her up. How does that challenge sexist stereotypes? 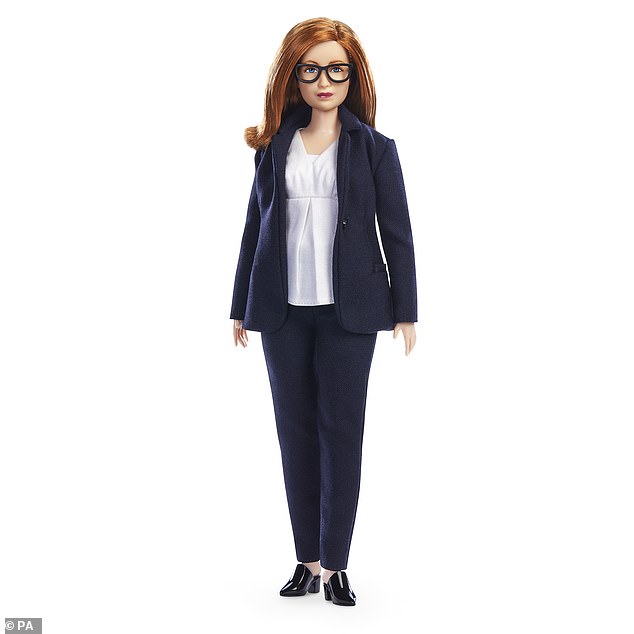 Julie Bindel said Dame Sarah’s doll (pictured), created to inspire, sends a message to girls that it doesn’t matter how intelligent women are, they also need to be hot

Even worse, although it is hard to tell beneath her Hillary Clinton-style trouser suit, she appears to have been given the usual perky Barbie body. I imagine those famous dimensions have been responsible for body image issues and eating disorders in countless girls over the decades. A 1965 version came with a set of scales and a diet manual that instructed the reader: ‘Don’t eat’. You’d have to diet if you were the original Barbie doll — in real life, it’s been suggested she would stand 5ft 9in tall and weigh less than 8st.

It’s no wonder the medical term ‘Barbie syndrome’ describes a woman who strives for an unrealistic body shape and weight.

So this doll, created to inspire, simply sends a message to girls that it doesn’t matter how intelligent women are, they also need to be hot.

Yes, you can be a brilliant scientist. Maybe even one who helps to change the world. But make sure you are slim, conventionally attractive and with a glorious head of hair, too, please.

It would be interesting to see if Chris Whitty gets the Ken doll treatment, too. And what about a VanTam Action Man? I very much doubt it because, although there are dolls manufactured in the likeness of hunks Chris Hemsworth and Harry Styles, Whitty and Van-Tam are not judged on their looks. 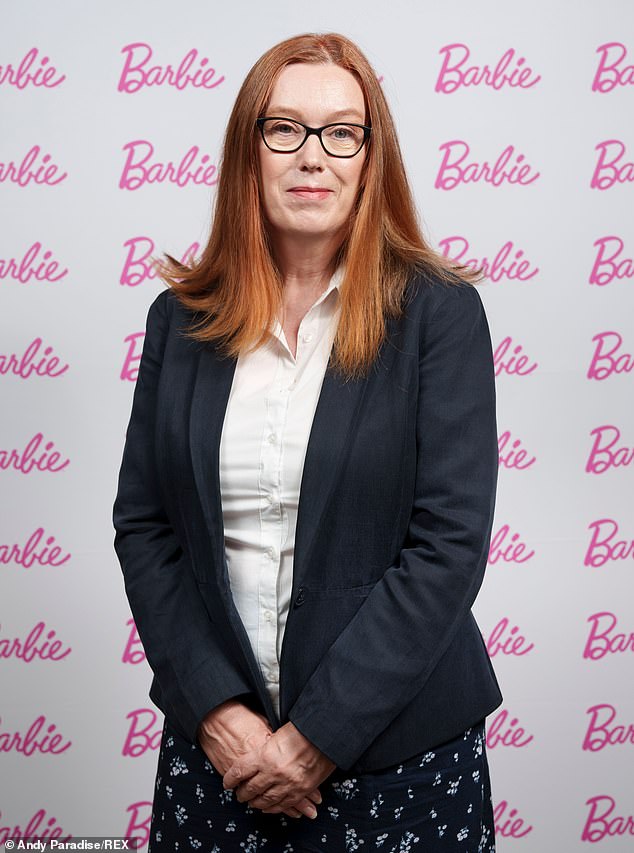 As male scientists, they tend to be judged for their brains, a right that is not afforded to this brave new Dame Sarah doll.

Of course, feminism has made its mark on the Barbie industry. Sales declined for the first time from 1972 onwards, and although they enjoyed a revival in the Eighties and Nineties, making a breathtaking profit of £1.47 billion in 1997, the criticism of Barbie in the women’s movement has never really gone away.

Yes, I am aware that Barbie is only a doll, but I honestly don’t think I am over-egging the claim that she has caused untold harm to girls, forcing them to swallow the lie of unrealistic body image and female subservience.

Brilliant women such as Dame Sarah offer the perfect antidote to Barbie, which is what makes it so particularly galling that there is now a Barbie in her name. It is nothing more than a cynical ploy to market a doll that has long outgrown her place in the world.

It does not elevate Barbie; it simply reduces Gilbert to the level of an inanimate doll. Girls deserve so much better than this — and so does Dame Sarah.

It is time for Barbie to go, and for girls to aspire to more than this simpering plastic version of fake womanhood.

a, BA, Barbie, is, Never, tribute
You may also like:

Inside Portland Hospital – where Princess Beatrice could be giving birth