The ACT government is looking at legal changes that could make it easier for witnesses in sexual assault cases to give evidence in the event of a retrial.

The territory’s Attorney-General Shane Rattenbury is considering allowing recorded evidence from a first trial to be used in a subsequent trial in a bid to stop witnesses from being required to give in-person evidence a second time. 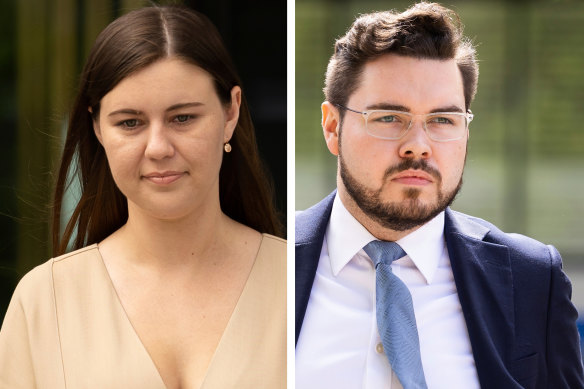 ACT Director of Public Prosecutions Shane Drumgold wrote to Rattenbury about the omission in current laws as the trial of Bruce Lehrmann, accused of raping Brittany Higgins in Parliament House, heads for a retrial.

The jury was dismissed after it was discovered a juror conducted their own research, against the explicit ruling of the court.

Lehrmann pleaded not guilty and maintains no sexual interaction occurred.

Drumgold’s letter to the attorney-general came just days after Lehrmann’s trial was aborted.

He said there appears no rational reason to treat differently witnesses who give evidence in court compared with via video-link.

“In other words, there appears to be a structural cost to a witness choosing to give evidence in a courtroom,” he wrote.

“The recording of evidence ensures that vulnerable witnesses are not re-traumatised in a subsequent proceeding, where possible.”

Drumgold noted the court would maintain the discretion to refuse to admit the recorded evidence to ensure procedural fairness for the accused.

Rattenbury said the consideration forms part of the government’s long-standing commitment to making it easier for people alleging sexual assault to give evidence while maintaining fairness for the accused.

A draft bill has been circulated to stakeholders and is expected to come up for debate in the ACT Legislative Assembly in 2023.

A legislative committee would also examine the bill.

“If the bill proceeds, we expect it would be debated in the 2023 parliamentary sittings, to allow for the usual time taken for a committee to consider proposed legislation,” a spokesperson for the ACT attorney-general said.

Lehrmann’s case has been relisted in the ACT Supreme Court for February 20, 2023.

The ACT is also considering laws that would prevent intoxication from being used as a defence by the accused as believing there was consent.

It would also allow evidence of prior violence between the parties to be admissible.