It’s the song that made countless guitarists want to shred like Jimmy Page — and 50 years later, as we wind on down the road, the impact of Stairway to Heaven is still reverberating.

The fourth song on side one of Led Zeppelin’s untitled 1971 album, Stairway to Heaven was not released as a single, contrary to common practice. However, the song’s popularity and influence grew quickly as the album that became known as IV rocketed the band to stardom. 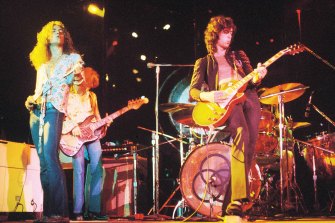 In what had already been a seismic year for rock ’n’ roll, 1971 turned out to be the year Stairway to Heaven and Led Zeppelin were on everyone’s lips and cranking on their stereos.

After positioning himself as rock ‘n’ roll’s pre-eminent vocalist, Robert Plant proved with Stairway to Heaven he could blend surprising tenderness with his famous howl, while Page used the song’s now iconic tempo shifts to build towards a guitar solo that still ranks among the greatest of all time. 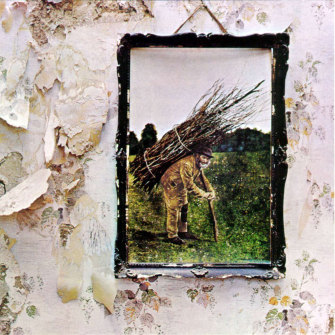 Earlier in 1971, it was Birmingham’s rock behemoth Black Sabbath releasing Master of Reality, while The Who’s fifth album, Who’s Next, was a huge success. The Rolling Stones released Sticky Fingers and The Doors released L.A. Woman, while David Bowie, the Allman Brothers, Faces, Janis Joplin, Pink Floyd, Jethro Tull and T.Rex also had new albums that year. Led Zeppelin’s fourth album was unleashed on November 8, without any words or even their name on the cover – it was simply a photo that Plant, then aged 23, had picked up in an op shop.

“At no stage did Led Zeppelin seem to accommodate the things that the market expected,” writes David Hepworth in Never a Dull Moment: 1971 – the Year That Rock Exploded. The album, says Hepworth, “starts with the slurring of a tape being run back to a cue point, followed by a brief moment of silence. Then the snorting of a wakened beast, the first cough of a semi-truck on a cold morning, a noise that announces something is about to occur”.

The impact of that album, and specifically Stairway to Heaven, was felt around the world. Here in Australia, Hoodoo Gurus bass player Rick Grossman remembers hearing the album soon after it was released, while blues musician Kerri Simpson was among those in the early ’70s trying to imitate Page. Jimmy Barnes, You Am I’s Andy Kent and Ash Naylor from bands Even and The Church recall the band’s influence on their own music. 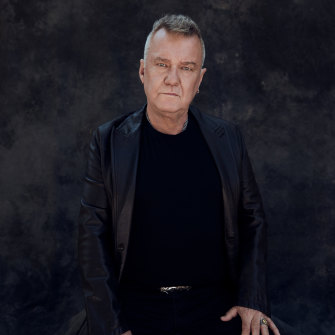 “Stairway to Heaven makes me think about when we were touring and going to parties somewhere – in fact, anywhere – up the east coast of Australia. If they were playing Stairway to Heaven we knew there were too many stoners for our liking, so we’d change it … put on Black Dog.

“I liked the band more than the singing, but Robert Plant was an amazing frontman. I wanted to sing like Little Richard but with a band like Led Zeppelin.

“I like the fact they were doing things on their own terms. They had an amazing drummer and guitarist, a brilliant bass player and a singer who could scream with the best of them. Cold Chisel played a few of their songs in our early sets – usually after we’d exhausted our repertoire and needed to pull out an encore that would flatten an audience.

“Led Zeppelin influenced the way we wanted to sound as a band. Big guitars and even bigger drums. Blues-based hard rock with one guitar player that could fill out a song.”

“From taping Stairway to Heaven and Black Dog off 3XY in the early ’80s, trying to nail the Telecaster solo in Stairway, to working out what tape player my Kmart copy of IV sounded best on, to finally owning a coveted vinyl copy as a pimply teenager and subsequently buying every LP they ever made, Led Zeppelin’s untitled album still fills me with joy and wonder. 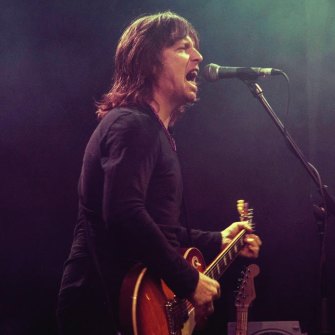 “It’s been a long time, but I will never tire of this album.”

“I first heard of Led Zep through Go-Set magazine. I saved up my pocket money and took myself off to Brashs and bought a copy of IV, proudly clutching it all the way home on the bus.

“The album became a seminal soundtrack of my formative years. I sat in my bedroom night after night with my guitar playing it continuously, working out the riffs for Black Dog and Rock and Roll, blasting them out of my double-stack Eminar amp ’til ornaments fell off the shelves. 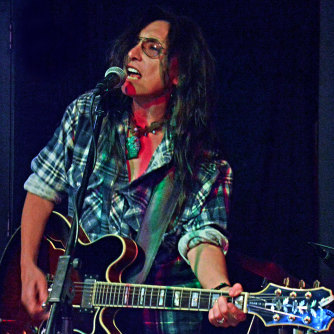 Kerri Simpson looks back fondly on learning to play Stairway to Heaven on her guitar.Credit:

“Being able to play Stairway to Heaven then was like a badge of honour, the mark of absolute mastery among guitar players, at least at my high school. I was determined to nail it, so I laboured away for months ’til I could play it.

“Guitar wasn’t something girls did back then, boys in bands laughed at the very thought of a girl on stage playing. I can still remember how gratifying it was to stand up on the stage at the old Memorial Hall and pull out Stairway. They never laughed at me again after that gig.”

“[Album] number four hit my heart big time and I could not stop playing it — 1971 was a very special year for music, but this album was the soundtrack to my teenage years. It was kind of painfully magical. I scoured music mags for any information I could find about the band and stared endlessly at the posters that started to cover my walls at home. 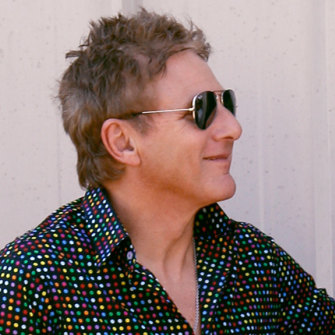 “I saw them play live in 1972, playing many of the songs off number four. It was a profound experience. I knew from that day what I wanted to do: play in a band, to be part of a gang and, so far, it’s been true.

“Still to this day, if I see an article, a book about them or a clip of Zeppelin, I’m still captivated. What still rings true, after all these years, is what a great band they were. Any rock band from the ’70s to now would cite them as being very significant. They were pioneers in production, on stage improvisation, originality and staying true to themselves.

“As a 15-year-old, they created a yearning in me that turned into an obsession to be part of something bigger than me: a band. It’s hard to pick a favourite track – that changes over time – but maybe When the Levee Breaks.”

“I grew up at the end of a cul-de-sac in suburban Wellington, New Zealand. I was young, but I remember Led Zeppelin’s IV was still a big record, its tunes were ubiquitous, bouncing around the hillsides and up the driveways.

“Most of my early musical influences came wafting across that cul-de-sac – live Hendrix, Pharoah Sanders, Bruce Springsteen, Zeppelin. It was all emanating from one house and the record collection of the father, a big band leader, who lived there. He and his stepson would both play Stairway to Heaven. The song was everywhere. 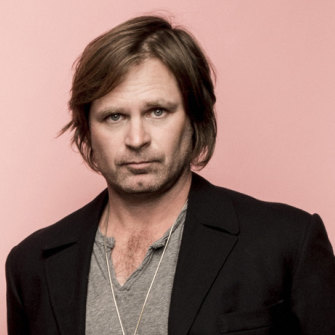 Andy Kent says Stairway to Heaven is a song that’s seeped into our collective psyche.Credit:

“Any kid with a guitar battled those first-picked chords. And every New Year’s Eve, the weekend music video show would count down the big hits and for years it was Stairway to Heaven coming in at No.1.

“Later, I went to high school at Onslow College, a huge state school with no uniform where kids were encouraged to be themselves. At lunchtime, huge PA speakers were rolled out by students and music was pumped out over the entire school. Stairway to Heaven was still being played, only now it was alongside Joy Division and The Clash.

“Eventually, the behemoth bands of the ’70s were moved on, replaced by new generations of music, although by then Stairway to Heaven had seeped, or maybe been poured, into the collective psyche and it was there for good. And here we are, 50 years on, still talking about it.”

Ten twists on Stairway to Heaven

Country music stars, Australian punk rockers and chart-topping glam rock bands have covered Stairway to Heaven, each interpreting one of rock ’n’ roll’s most famous songs their own way. 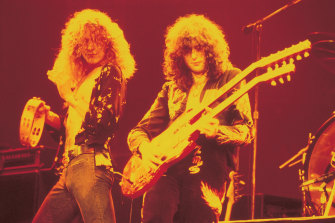 Australian punk rock stalwarts the Hard-Ons briefly turned their talents to covering Led Zeppelin on 1990 album Yummy!, while R&B and soul singer Mary J. Blige recorded the song for the international version of her 2009 album, Stronger with Each Tear.

Heart’s Nancy and Ann Wilson performed the song in 2012 at the Kennedy Centre, on a night honouring the band members, who were in attendance. Complete with a choir, the Heart sisters’ backing band included drummer Jason Bonham, son of the late John Bonham.

Mexican acoustic duo Rodrigo y Gabriela recorded a shortened version of the song for their self-titled 2006 album. American singer, actor and TV personality Pat Boone recorded a jazz version of Stairway to Heaven for his 1987 album, In a Metal Mood: No More Mr Nice Guy, and the London Symphony Orchestra did a classical version in 1981.

TV, movies, Find out the next TV, streaming series and movies to add to your must-sees. Get The Watchlist delivered every Thursday.

HexClad Cookware Is Up To 40% Off On Black Friday

10k? 20k? Half a million? When it comes to crowds, size is everything