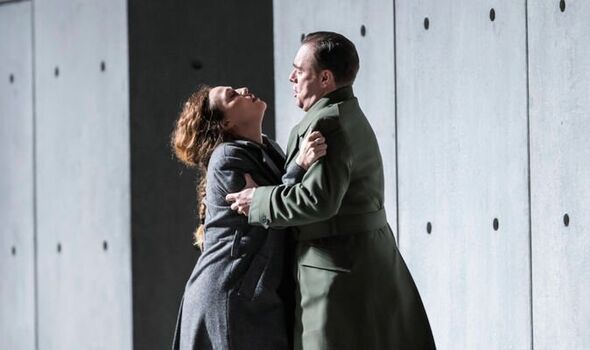 In the case of Canadian director Robert Carsen’s new Aida at Covent Garden, the answers have left me rather confused: He was trying to move the action of the opera from ancient Egypt to a modern military dictatorship; he did this remarkably effectively; but he shouldn’t have done it.

As a confirmed traditionalist, I am always suspicious of attempts to change the era of an opera and a shift of three millennia or more is particularly dodgy, often resulting in disconcerting clashes between the words you hear and the actions you see.

When, for example, the soldier Radames, chosen to command the Egyptian army in their assault on Ethiopian troops, is handed a “sacred weapon forged by God,” it sounds an odd description for a submachine gun, but what can one expect when the powerful priests of the original opera are transformed into soldiers in combat uniforms, the priestesses are nowhere to be seen, and swords have become machine guns?

On the other hand, the transformation has some surprising benefits, quite apart from cutting the costumes budget when everyone is wearing military fatigues. 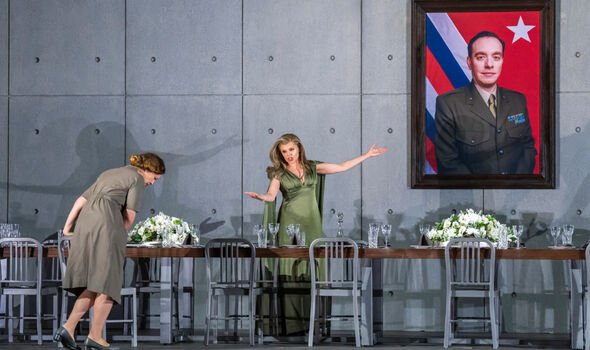 Verdi’s powerful music for Aida, superbly conducted as always by Antonio Pappano, displays an unusual balance between arias for the singers and music solely for the orchestra.

These orchestra interludes are usually accompanied by ballet sequences or stately marches by the priests. Carlsen turns these all into disciplined military events, with the exception of one effectively choreographed scene in which Ethiopian prisoners have been given the jobs of serving women, laying a table with wine-glasses and carafes for dignitaries.

Their precision in picking up glasses two at a time and laying them on the table in perfect time with the music was something even the best wine waiters could only envy.

Despite the unusual demands placed on them, the singers were magnificent. The Russian soprano Elena Stikhina both sang and acted excellently as the Ethiopian princess Aida, taken prisoner by the Egyptians but hiding her identity. She is in love with Egyptian army commander Radames, powerfully played by Italian tenor Francesco Meli. 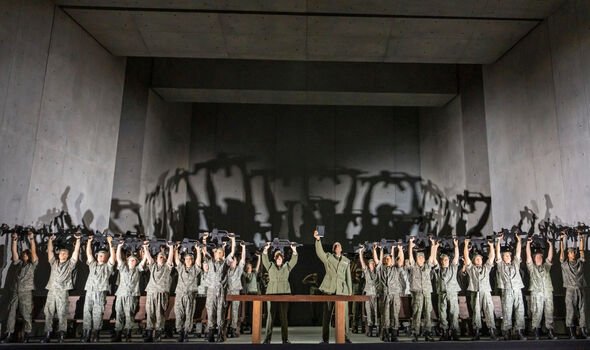 The love triangle is completed by Amneris, played by Polish mezzosoprano Agnieszka Rehlis, who also loves Amneris and is highly suspicious of Aida. These three are very well cast: Stikhina has a beautiful, crystal clear voice, which is perfect for conveying the anguish of Aida; Rehlis’s voice is more harsh, which again fits the role, while Meli showed excellent versatility to use his powerful tenor voice either as lover or powerful soldier.

The question remains, however, of whether Carsen’s vision for Aida works. Usually when a director imposes great changes on an opera, the cause of ‘relevance’ is trotted out in justification.

The love rivalry between Aida and Amneris, and Aida’s internal conflict between love and nationalistic loyalty are sufficiently relevant to a modern audience without anything needing to be added to Verdi’s magnificent music.

This production is at best an intriguing modern interpretation, but adding little other than occasional anachronisms and incongruity. A five-star performance of a five-star opera, but sadly only three stars for the production.

At the end, Radames is sentenced to die by being locked in a tomb, but Aida sneaks in so that they may perish together.

Oddly, though, it is not a tomb we find them in but some sort of weapons store with apparently enough missiles for them to blast their way out and revenge themselves on the Egyptians.

If only Verdi had seen Uma Thurman kicking her way out of a grave in Kill Bill 2, he would surely have written a brilliant sequel.