Follow
Home » Lifestyle » Alessandro Coli Can’t Wait To Make You Dance To His Brand Of Soulful Pop: ‘2021 Will Be My Year’

Alessandro Coli Can’t Wait To Make You Dance To His Brand Of Soulful Pop: ‘2021 Will Be My Year’

Alessandro Coli isn’t just ‘dreamin’ about becoming the next big pop star. The Italian singing sensation has just released the first single from his upcoming EP, so get to know your next favorite artist.

“I would describe myself as a very romantic pop singer with a soulful voice,” Alessandro Coli tells HollywoodLife in an EXCLUSIVE interview, and that’s evident on “Dreamin’,” the first single of his upcoming EP. The Santarcangelo di Romagna, Italy native’s song is a joyful burst of pure dance delight. With disco-influenced strings and an infusion of modern electro production, “Dreamin’” sees Alessandro gets wrapped in a love so sweet, he swears that he’s making the whole thing up in my mind (“I just get lost in your eyes / seems like I could be dreamin’”).

“I’m very happy and excited about the single that just came out,” he says in an email interview. Alessandro hopes American fans feel the same way. He previously tasted success with “Flames.” The single — from his EP, Senza Paura (“Without Fear”) — hit No. 22 on Billboard’s Dance Songs chart. Betting on himself, Alessandro packed his bags and relocated to the United States, moving to New York City right as the COVID-19 pandemic shut everything down. “I handled it in what I believe was the best way possible,” he shares, adding that he worked on his voice, wrote new music, and did the “doing groundwork for the year to come. This is why I believe 2021 will be my year!” 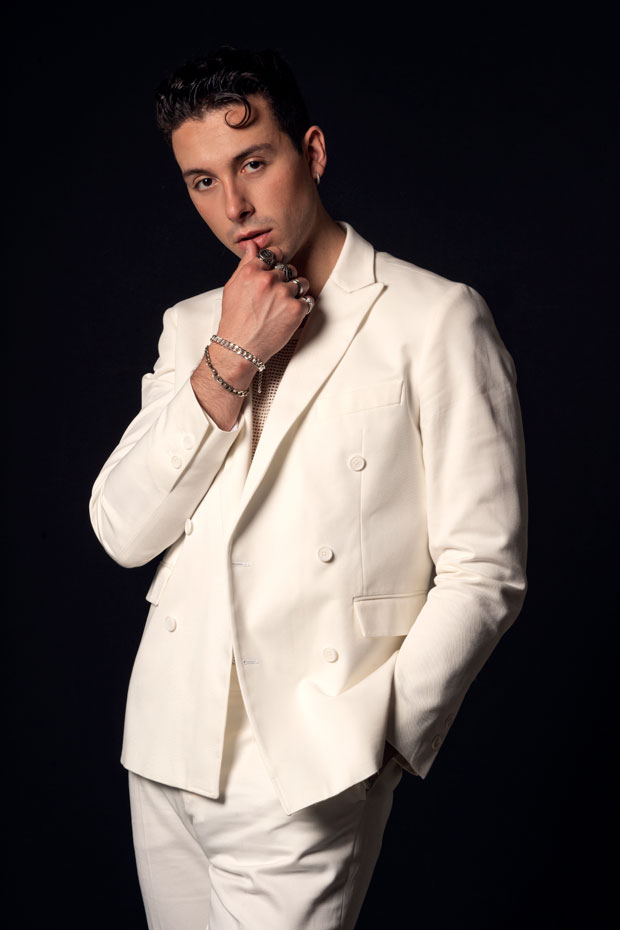 HollywoodLife: For those who are just hearing your voice the first time with “Dreamin’”, how would you describe yourself and your music?

Alessandro: I would describe myself as a very romantic pop singer with a soulful voice. My music is a mirror into my personal life, my experiences, my passions, and goals.

Do you remember what inspired you to get into music? Was it a particular moment that made you go, ‘This. This is what I want to do with my life’?

That is a very interesting question since I started singing when I was a little kid singing to old Italian records in my grandma’s car. The moment when I knew I was going to be doing music forever, though, was when I walked on stage in Padova in Italy many years ago at a Radio Event and performed in front of thousands of people.

What would you say was your favorite song growing up? And what music are you currently obsessed with now?

Growing up, my number one favorite song has always been “Bohemian Rhapsody” by Queen. After many phases, right now, I’m obsessed with American Pop and R’n’B hits.

You relocated to New York City right before the COVID-19 pandemic shut down. Can you share what motivated you to take such a brave and bold move – and how you have handled the past year?

To be honest, I wasn’t aware of the pandemic when I moved here since I moved in early February 2020. I handled it in what I believe was the best way possible: working my voice, writing new music, doing groundwork for the year to come. This is why I believe 2021 will be my year!

You have your debut EP on the way. What can you share about this new project?

It’s still in the works. I’m very happy and excited about the single that just came out. The EP will collect my previous singles and some new ones. My goal is to add some “fun” to my records and make sure the audience will be able to dance to them.

Live music is returning, and people are heading to concerts again after a year without. Is there any concert you’re looking forward to attending? And will fans be able to catch you on stage soon?

Yes, it is! I’m very excited for that, and yes, I am putting together a live show. Stay tuned because very soon, dates will be announced!