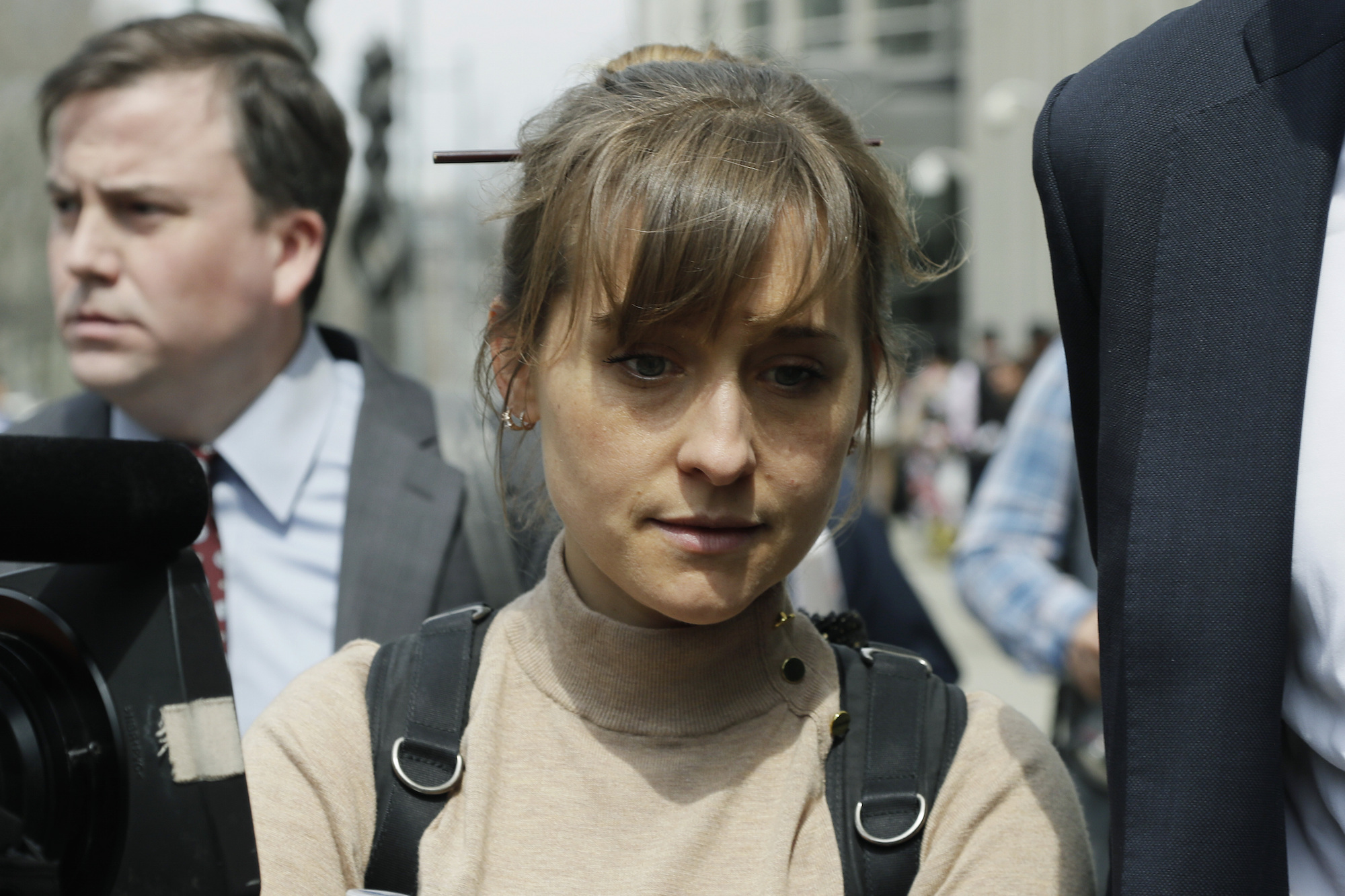 Early entry. Allison Mack has officially begun her three-year prison sentence, two months after being sentenced for her involvement in NXIVM, a group that engaged in sex trafficking and forced labor.

The Smallville alum, 39, entered the Federal Correctional Institution in Dublin, California, Us Weekly confirmed on Wednesday, September 15. The former actress, who pleaded guilty to racketeering and racketeering conspiracy charges in April, was originally set to begin her sentence on September 29.

Mack was arrested in April 2018 and later released on a $5 million bond and placed on house arrest. Originally, she pleaded not guilty but one year later, changed her plea and was indicted on multiple counts of sex trafficking, sex trafficking conspiracy and conspiracy to commit forced labor. She was accused of allegedly recruiting women to be slaves of NXIVM’s leader, Keith Raniere. Additionally, she faced accusations of identity fraud and money laundering.

Ahead of her sentencing, the Purgatory star penned a letter, apologizing to NXIVM survivors.

“It is now of paramount importance for me to say, from the bottom of my heart, I am so sorry,” she wrote in documents obtained by Us Weekly. In the letter, she noted she hoped she wouldn’t be given jail time since she recognized that she had “committed grievous wrongs.”

The letter continued, “I threw myself into the teachings of Keith Raniere with everything I had. I believed, whole-heartedly, that his mentorship was leading me to a better, more enlightened version of myself. I devoted my loyalty, my resources, and, ultimately, my life to him. This was the biggest mistake and greatest regret of my life.”

In the 2018 court documents, women involved in DOS, an extension of NXIVM, claimed they were branded with the initials of Mack and Raniere, 61, and that the Germany native described the group as “a women’s empowerment group or sorority,” in order to recruit them. The group was allegedly forced to provide damaging material about themselves as “collateral” for entry into DOS, such as “naked photographs, assets, criminal confessions and other damaging information.”

Although she faced a maximum sentence of 20 years for each charge against her, the Wilfred alum was sentenced to three years in prison and was fined $20,000 during her June 30 hearing.

Most Talked-About TV Shows of the Year

In 2020, the cult and its downfall were chronicled in an HBO documentary series titled The Vow.

3-Year, Allison, begins, Mack, Pri
You may also like: