ANDREW PIERCE: David Lammy and a question of consistency

ANDREW PIERCE: David Lammy and a question of consistency

The often-irate Labour MP David Lammy never misses an opportunity to attack the Conservatives — even, embarrassingly, when they are promoting a policy very similar to one he used to favour.

On Friday, the Shadow Justice Secretary went on the radio to discuss vaccine passports.

We need to be ‘very careful’, he warned, and echoed the words of Labour leader Sir Keir Starmer — ‘this does not feel very British’.

Powerful stuff, with which many Labour and Tory voters alike will surely have agreed.

But what a shame these arguments against vaccine passports are so similar to the concerns raised after Tony Blair proposed a controversial compulsory identity-card system in 2006. 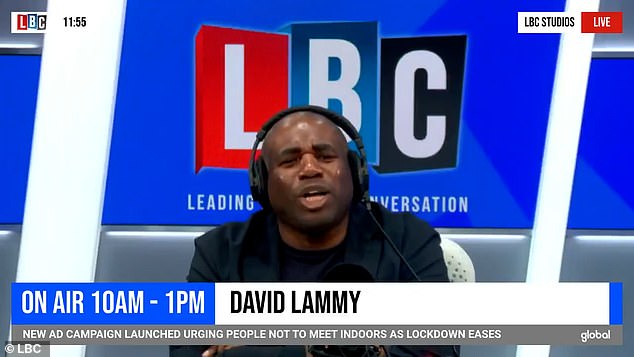 On Friday, the Shadow Justice Secretary went on the radio to discuss vaccine passports

Lammy was a Labour MP back then, so presumably he was dead against this ‘un-British’ invasion of our civil liberties.

Er, no. In 2006 alone he voted for ID cards 12 times. Nor did he alter his view after the coalition government voted to abolish the scheme, which by 2010 had been watered down to be a voluntary one. It seems that, for Lammy, whether a policy is ‘un-British’ depends on which party proposed it.

Sir Alan Duncan, who has branded Boris Johnson an ‘embarrassing buffoon’ in his hilarious political diaries — being serialised in the Mail — has on occasion made some questionable decisions himself.

In 2004, Duncan, who was Boris’s deputy at the Foreign Office, posed naked wearing Wellington boots, a Santa hat and a carefully positioned photograph of Margaret Thatcher in a Calendar Girls-style photoshoot for charity. Embarrassing? Moi?

Too much monkey business

Can the Conservatives win Hartlepool for the first time since 1959? There’s a by-election in May and stranger things have happened there.

In 2002, the town’s football-club mascot, H’Angus the Monkey, improbably stood for election as mayor under the vote-winning slogan ‘free bananas for schoolchildren’.

H’Angus — derived from a local legend that a monkey was hanged in Hartlepool after being mistaken for a French spy during the Napoleonic Wars — won, beating Labour into second place. He was twice re-elected, and was a finalist in the 2010 World Mayor contest. 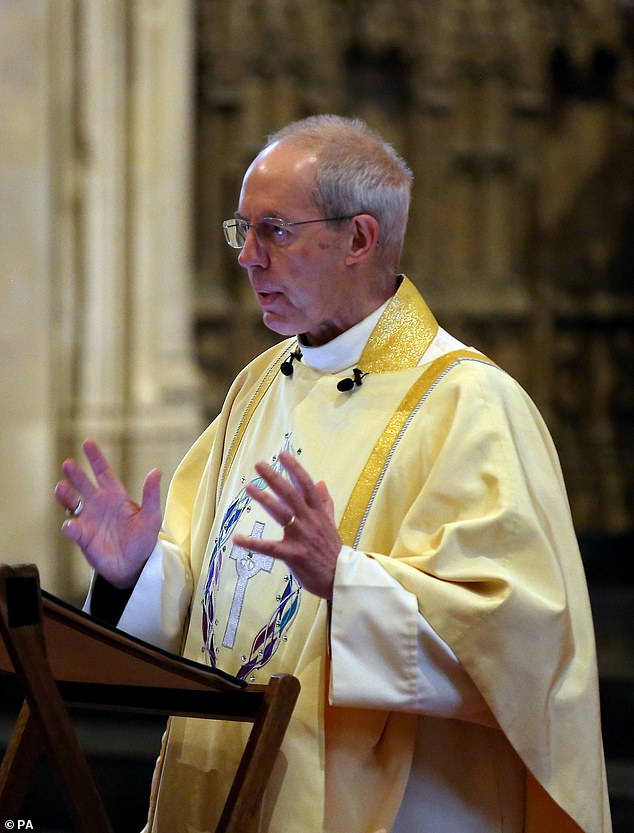 Does Justin Welby share a speechwriter with Sir Keir Starmer, who said post-Covid, ‘our collective sacrifice must lead to a better future’?

In his Easter message, the increasingly ‘woke’ Archbishop of Canterbury Justin Welby urged us to choose ‘a better future for all’.

Does he share a speechwriter with Sir Keir Starmer, who said post-Covid, ‘our collective sacrifice must lead to a better future’?

PS: Labour MP Jess Phillips tweets of her long weekend: ‘Thanks to my husband, we are watching a YouTube video on the engineering and history of refrigerators. Happy Easter all!’

Zoom is now a fact of life for MPs, with many using it to take part in debates.

But the Labour MP for Liverpool West Derby, Ian Byrne, was rebuked by parliamentary authorities for using his taxpayer-funded Zoom account to hold a party political meeting with constituents.

The Labour Party’s red rose logo was even in evidence. Naughty, Ian!

SO WILL ‘GEOFF WHO?’ TELL ALL?

Out of politics for a decade, Geoff Hoon has penned his memoirs in time for release at the Labour Conference later this year.

You could be forgiven for having forgotten ‘Geoff Who?’, but he served in Tony Blair and Gordon Brown’s Cabinets for nine years.

His book See How They Run is billed as an ‘open and frank’ account of how he rose to become Defence Secretary.

But what people may recall about Hoon is the 2010 Channel 4 Dispatches programme which revealed tapes of the MP telling an undercover reporter he wanted to convert his government knowledge and contacts into something ‘that frankly makes me money’.

He was suspended from the Parliamentary Labour Party and banned from the Commons for five years. Let’s hope his memoir really is ‘frank’ and he doesn’t shy away from discussing his downfall.

And, Andrew, David, Lammy, Pierce
You may also like: