Anne Heche is fighting for her life, Page Six has exclusively learned.

The actress’ rep told us on Monday that she is “in critical condition” following Friday’s fiery car crash.

“Shortly after the accident, Anne Heche became unconscious, slipping into a coma,” her spokesperson shared.

“She has a significant pulmonary injury requiring mechanical ventilation and burns that require surgical intervention.” 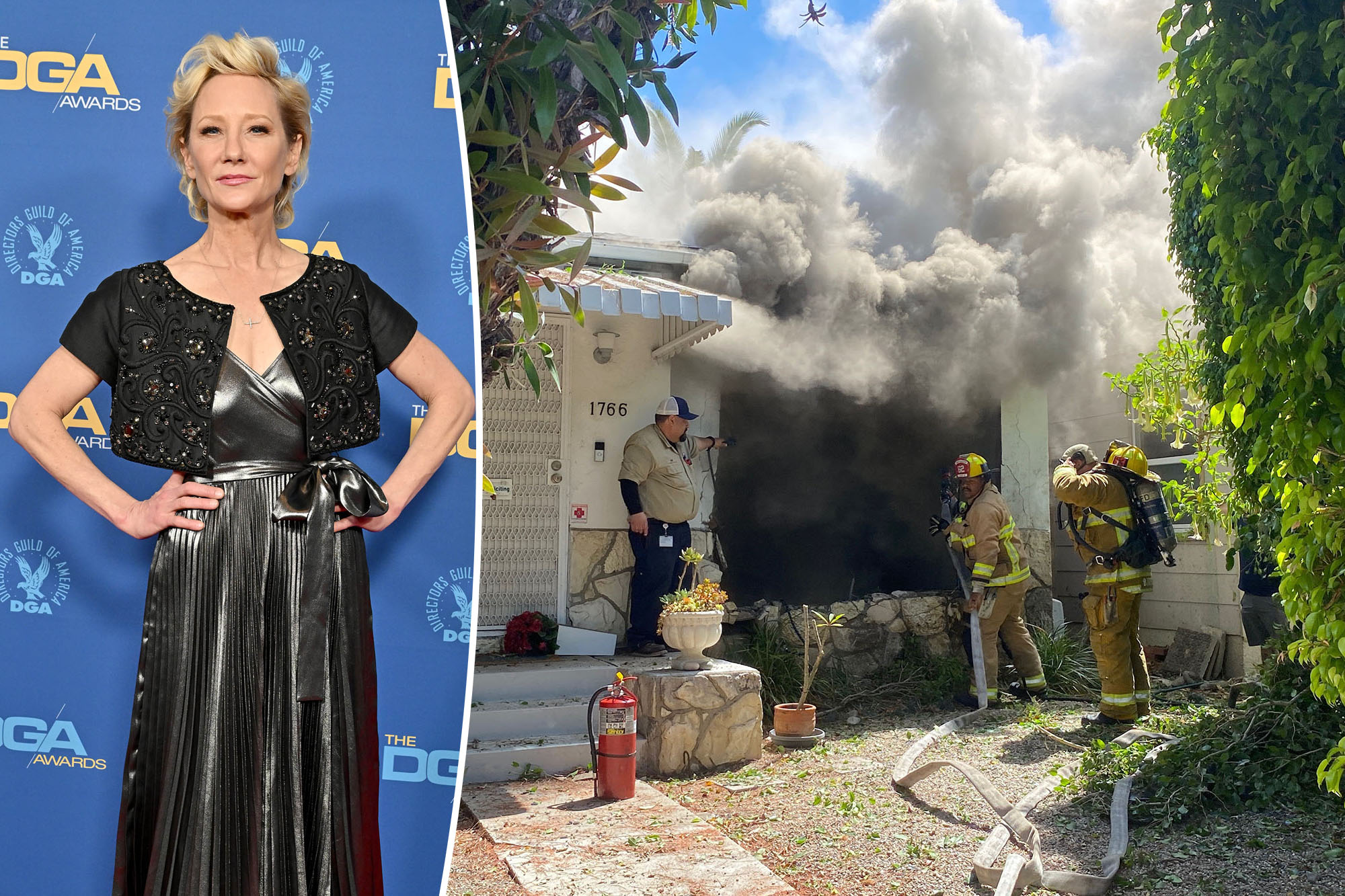 Earlier Monday, Page Six confirmed that the Los Angeles Police Department had received a warrant to test the “Vanished” actress’ blood to determine whether she was under the influence of drugs and/or alcohol at the time of the accident.

Officers believe Heche, 53, may have been intoxicated when she plowed her blue Mini Cooper into an LA home, igniting a massive fire that torched her and her car.

“The info we received this morning was a warrant that was obtained the same day as the traffic collision, which was August 5. The warrant was to draw blood, and an investigation is ongoing pending the blood test results,” a rep for the LAPD told us.

“If found intoxicated, [Heche] could be charged with misdemeanor DUI hit and run. No arrests have been made so far.”

A red-capped bottle could be seen in Heche’s car’s cupholder in a photo reportedly taken before the accident.

According to eyewitnesses, the actress first crashed into the garage of a nearby apartment complex but backed up and sped off before residents could help her.

Officials with the LAPD West Traffic Division have confirmed she hit another vehicle before taking off again and slamming into the house that went up in flames.

Photos from the scene captured Heche being put on a stretcher and showed serious injuries to her back.

Aerial shots documented smoke billowing out of the house into which she drove as well as numerous fire trucks surrounding the area.

Heche, also known for a high-profile romance with Ellen DeGeneres in the 1990s, has been open about her struggles with substance abuse.

“I drank. I smoked. I did drugs. I had sex with people. I did anything I could to get the shame out of my life,” she told ABC News in 2020, explaining that she spent much of her childhood getting sexually abused by her father.

“I’m not crazy,” the “Six Days Seven Nights” star said at the time. “But it’s a crazy life. I was raised in a crazy family. And it took 31 years to get the crazy out of me.”