Follow
Home » Lifestyle » Arcade Fire and The Black Keys: A mixed return for the old guard of indie

Arcade Fire and The Black Keys: A mixed return for the old guard of indie

It can be a poisoned chalice when bands start out as critically lauded indie-rock pioneers then hit the big time and blow up into a stadium rock success story. With mass popularity, any number of pitfalls lay in wait to derail an artist – writer’s block, self-satisfaction, compromise, hifalutin ideas, too many “yes” men, drugs, ego and on and on.

And then, of course, there’s the public’s never-ending thirst for the new, and the rock-bore attitude of “I only liked them before they signed to a major label”, a situation perfectly summed up by Regurgitator in 1997’s cutting-but-catchy I Like Your Old Stuff Better Than Your New Stuff. 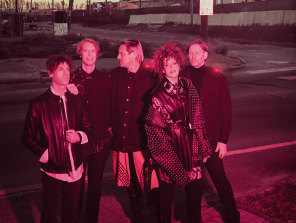 Arcade Fire have returned with We, their first new album in five years.Credit:Michael Marcelle

But often it’s not us, it’s them, and after a band blows up, they might beef up, bland out, and lose what made them so interesting in the first place. Hello, Kings Of Leon. And welcome to the conundrums faced by Canadian collective Arcade Fire and Akron, Ohio duo The Black Keys.

Arcade Fire are coming off the back of what most critics consider their worst album, 2017’s largely unloved and sometimes outright pilloried Everything Now. Accompanied by a parody promo campaign that backfired badly, it was designed as an Achtung Baby-style exercise in satire and social commentary, but too arch by half. For a band that blew the doors off with the unbridled passion of their 2004 debut Funeral and the emotive masterwork that is their 2010 concept album The Suburbs, it was a long fall to earth.

On paper, the elevator pitch for their sixth album, We, pushes all the buttons marked “Pink Floyd-esque pretensions”, with their bio explaining that the record is a “cathartic journey” that “follows a distinct arc from darkness into light over the course of seven songs divided into two sides.”

The good news is that they don’t use a sledgehammer to get this point across. Yes, there’s plenty of hand-wringing and brow-furrowing about wanting to unsubscribe from the end of the world and crying while watching the moon on the ocean where California used to be. But they’ve rediscovered interesting ways to say all this, rather than the po-faced art-school rock stars they turned into on the last record.

End Of The Empire I-IV is an ambitious four-parter that finds common ground between Ziggy Stardust and OK Computer. And on the album’s back half they tap back into that celebratory thing that made them so beloved, whether it’s the heartland rock of The Lightning I, II or the Tom Tom Club-meets-Tune-Yards loopiness of Unconditional II (Race And Religion).

On the cover of the 11th album from The Black Keys, singer-guitarist Dan Auerbach is dressed down as a mechanic, while drummer Pat Carney is a short-order cook. Sometimes you can judge a record by its cover – the band is trying to tell you that they’re going back to basics. 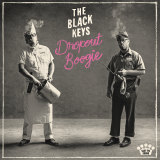 After The White Stripes already proved what you could do with just a guitarist and a drummer and an alternative take on blues-rock in the early 2000s, it might have seemed that two blokes trying a kinda-sorta similar thing was a bit superfluous. But it turned out that’s exactly what the world wanted, and after proving themselves night after night onstage, climbing their way up the ladder album by album after their 2002 debut The Big Come Up, and starting a fruitful partnership with producer Danger Mouse, they reached their commercial peak with 2011’s El Camino and the ubiquitous hit single Lonely Boy, melding their rootsy sound with modern pop production techniques.

But that was over a decade ago, and since then there have been solo projects, writer’s block and albums that elicit a feeling of “yeah, but what else have you got?”

Along with 2019’s statement of intent Let’s Rock and last year’s Mississippi blues covers album Delta Kream, the duo is staying down in the dirt for Dropout Boogie. First single Wild Child is the most obviously catchy thing here, a funk-flecked rocker with a shifty riff and rolling beat.

You can hear hints of JJ Cale on the shunt-and-shuffle of It Ain’t Over and ZZ Top on the choogling Good Love – perhaps unsurprising when that band’s Billy Gibbons guests on the track. But whereas they covered The Beatles’ She Said, She Said on their debut album, here they simply crib from The Ballad Of John and Yoko on the uninspired 12-bar ramble Burn The Damn Thing Down. Meanwhile, Your Team Is Looking Good appears to be an attempt to get a song used in televised US sports events.

Apparently they wrote in the studio and some of these tracks are first takes, and while that has resulted in a rawness to the sound, there’s also a deflating “let’s just jam and see what happens” feel to proceedings and a predictability to the songs.

Both these bands have impressive bodies of work and are looking for ways to still excite both themselves and their audience. While Arcade Fire have pole-vaulted their way out of the hole they dug with their last record and gained wings again, The Black Keys need another lifeline to get out of the rut.

Arcade Fire’s We is out via Columbia/Sony; The Black Keys’ Dropout Boogie is out via Nonesuch.