Follow
Home » Lifestyle » Architecture over acting? Not when your parents are Australian film and TV icons

It’s a given that most teenagers don’t listen to their parents, so when Charlotte Friels’ mum told her to be an architect instead of an actor, the answer was a firm no.

The problem was that she had spent her life watching her parents – Australian screen and stage legends Judy Davis and Colin Friels – act and it just looked like so much, well, fun. 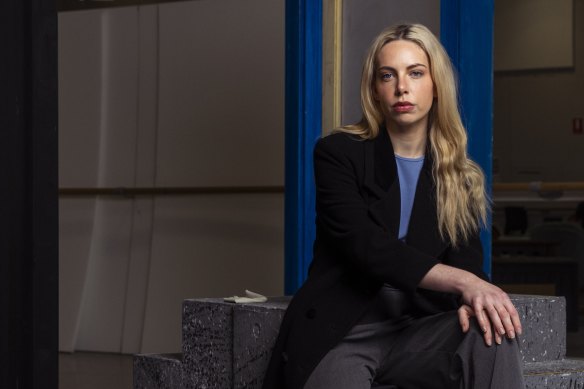 “If your parents are such incredible actors, it’s kind of hard to not want to do it as well,” says Friels. “Like, it does pique your interest.

“During high school, Mum was always saying, ‘What about architecture? Oh, that’d be so interesting, wouldn’t it?’ And I was like, ‘Shut up. That’s not going to happen.’”

Now the 25-year-old is about to make her professional stage debut in The Mousetrap, Agatha Christie’s classic murder mystery that has been running in the West End since 1952.

Set in a snowed-in guesthouse in the country, the play has all the hallmarks of the master crime writer: the guests are trapped, there is no way to contact the outside world and there is a murderer among them.

The Australian touring production is directed by Robyn Nevin and Friels plays Miss Casewell, a young woman described as being “masculine in appearance with a masculine voice”. Like the rest of the characters, she is not quite who she seems.

“She is described as aloof, mysterious,” says Friels. “She’s got a secret, like they all do. [The characters] are all so different to each other, which is, I think, what makes the play so great.”

And while critics have been divided over The Mousetrap – the London Telegraph’s theatre critic once called it “tedious tosh” – its popularity is undeniable. The Queen and Quentin Tarantino have seen it (though not, presumably, at the same time) and it’s the only show that sets a world record every time the curtain goes up (more than 27,500 shows in London so far).

Remarkably, The Mousetrap is also very of the moment. Without Christie and The Mousetrap, there would be no Knives Out and certainly no See How They Run, the new film set backstage at The Mousetrap. Even reality TV has caught up, with Ten’s new show The Traitors sending contestants to a secluded mansion in the southern highlands with the aim of unmasking the double-crossers among them. 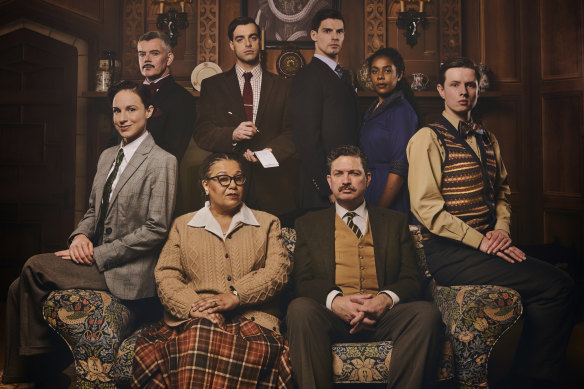 The London cast of The Mousetrap. An all-Australian cast is bringing a 70th-anniversary edition of the show to the Theatre Royal.

“It’s so alive, that’s what’s so great about it,” says Friels of The Mousetrap’s enduring appeal. “You could really tell [Christie] was having fun when she was writing it. It’s timeless in that way.

“I think people just love trying to piece it together as they’re watching it and that keeps them interested and excited the whole time.”

And while Friels has resisted asking her parents for advice – I interviewed her dad not so long ago and when asked about his character he said, “I don’t know. I just turn up and say the lines” – she is aware of the chatter that comes with young actors having famous actor parents.

“I mean, I get it. I get the conversation,” says Friels, who graduated from NIDA at the end of 2019. “But this is my first shot. It’s not like I was out of the gate and getting work constantly. But, again, I don’t know. I don’t have anything to compare it to. I definitely think it’s helpful, for me, having them as my parents. I can go and ask them anything, they have a wealth of knowledge to draw on.”

And does Friels have a tip on who did it in The Mousetrap?

“Everyone seems so suspicious,” she says. “They are all such weird and complex characters. The audience is just not going to know where to look.”

The Mousetrap is at the Theatre Royal until October 8-30. It runs at the Comedy Theatre, Melbourne, February 17 to March 26.