Are millennials killing classic British dishes? Half of under 35s don’t know what bangers & mash or spotted dick are while 1 in 5 have NEVER had a Scotch egg

A plate of sizzling bangers and mash for dinner followed by a sweet spotted dick for dessert has been an evening meal enjoyed for generations.

But the British classics may soon be confined to history books – with many millennials not knowing what they are and even doubting they exist.

Despite being mainstays of society for generations, a new study has revealed how most people under 35  haven’t tried a plethora of foods, with one in five having never eaten a scotch eggs while 23 per cent of all Brits don’t what’s in a Stargazy Pie. 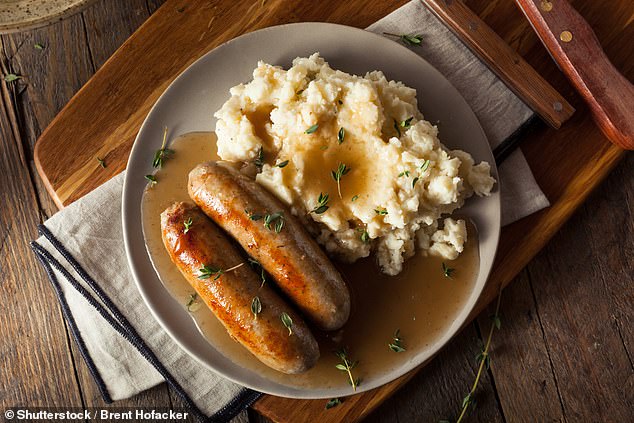 More shockingly, almost half of millennials living in the UK don’t know what ‘bangers and mash’ are while a further 46 per cent think spotted dick is ‘made up’.

The research from discount supermarket Aldi found that a third of Brits have never tried black pudding , toad in a hole, Eton mess and bubble and squeak.

The supermarket has partnered with Seren Charrington-Hollins, one of Britain’s top food historians, to help explain the stories behind classic dishes and the origins of their names.

Seren told FEAMAIL: ‘As a nation, our culinary history is rich with stories and delicious dishes. 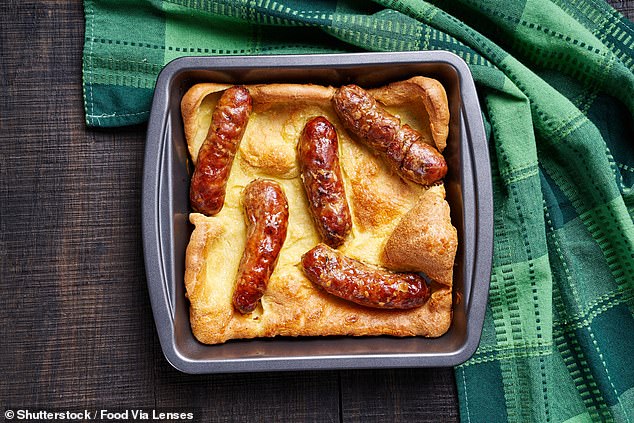 The research from discount supermarket Aldi found that a third of Brits have never tried black pudding , toad in a hole (pictured)  Eton mess and bubble and squeak.

What do Brits know about  British food?

‘My work as a food historian means I understand that over time, peoples’ preferences and tastes tend to change,

‘But it was surprising to learn that such a large chunk of Brits are not au fait with classics such as Bangers and Mash and Toad in the Hole.

The research comes ahead of British Food Fortnight  with activities and celebrations kicking off across the country starting tomorrow.

The event, which organised by Love British Food and in it’s 20th year, sees institutions across the country celebrate UK produce and history.

This year institutions taking part include the NHS, thousands of care homes, schools and universities, the Houses of Parliament, Co-op , Aldi, Borough Market and HM Prisons.

Aldi are hoping to educate the nation of British food history ahead of the week.

The supermarket’s research shows almost one fifth (18 per cent) of millennials don’t think the UK’s Scotch Egg snack is real;, while a quarter (22 per cent ) have never tried it and 41 per cent  mistakenly think it originates from Scotland – when in fact the idea came from England and is named after the establishment that invented them, William J Scott & Sons.

Do you know your bangers and mash from your toad in the hole? Food historian explains