A funny thing happened to Australian TV comedy this year: it brought us some laughs. Not just an odd, isolated giggle or fleeting sitcom smile, but a quartet of notable narrative comedies.

Two ABC sitcoms, Aftertaste and Fisk, moved smoothly into their second seasons, and Aunty also introduced the cleverly conceived and confidently executed anthology series, Summer Love. Now the streamer Binge has capped off the year with Colin From Accounts, a romcom that really works. Yes, you read that right: a homegrown romantic comedy with the desired upbeat energy, precision timing and chemistry, basically an entity as rare and precious as a four-leaf clover. 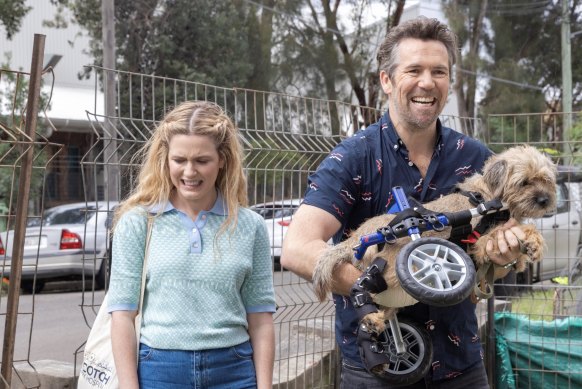 A funny thing happened with Australian TV this year: Harriet Dyer and Patrick Brammall in Colin From Accounts.Credit:Lisa Tomasetti

Romcoms have never been Australia’s forte. Astute and astringent satires like Frontline and Utopia, yes; uncomfortable, off-beat, fish-out-of-water scenarios like Please Like Me, Rosehaven and Frayed, okay; knowing social send-ups like Kath & Kim, Upper Middle Bogan and The Letdown, yup. But romcoms, not so much.

Beyond that, for years comedy has been a neglected genre. Commercial free-TV networks have assiduously avoided sitcoms. SBS had a brief fling with The Family Law and, among the streamers, Stan made an impressive early effort with the brilliantly deadpan No Activity and followed up with the charmer Bump. Meanwhile, the ABC has persevered, sporadically producing gems such as A Very Moody Christmas, Upper Middle Bogan and Frayed. But it’s hardly a bountiful crop.

The local drought has been particularly unfortunate as, in recent years, an anxious, pandemic-afflicted world has enthusiastically embraced narrative comedies and especially optimistic ones. People have been hungry for laughs and for something warm and reassuring shaped by a sense of hope. Shows such as Schitt’s Creek, Abbott Elementary and Ted Lasso have attracted devoted global followings and dominated award ceremonies. Even harder-edged offerings, like the diamond-sharp sparkler Hacks is, in its own savvy way, about understanding, acceptance and the development of affection and respect. As is this year’s surprise package, Minx, which, from the premise of a ’70s feminist editing a porn magazine, produced a disarming humanism amid its pithy survey of sexual politics. 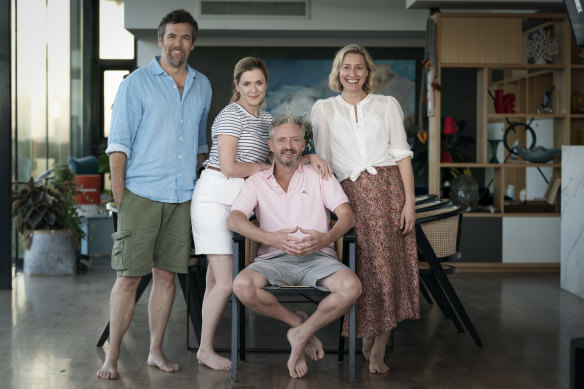 Patrick Brammall, Harriet Dyer, Stephen Curry and Sibylla Budd in an episode of Summer Love that explores the way in which the lives of former friends have gone in different directions.Credit:ABC

However, that warm wave hadn’t really swept our shores until recently. Aftertaste and Fisk happily survived beyond their infancy. The most broadly drawn of the recent bunch, Aftertaste follows the return home of an arrogant yet deflated celebrity chef (Erik Thomson). Far from a conquering hero, he’s a formerly famed and now disgraced exile searching for his place in the world. He finds it with the family and community he abandoned years earlier, despite what Kath Day-Knight might call their “iSSues”.

Kitty Flanagan’s Fisk also sees a gruff protagonist finding her feet and her tribe. In this case, it’s grumpy lawyer Helen Tudor-Fisk who, in post-divorce desperation, takes a job with an unprepossessing firm of suburban solicitors specialising in wills and probate. There, despite her persistent griping about the world and its myriad irritations, Helen discovers that she’s stumbled upon her people and a job that she’s good at, even though many of her cases initially appear absurd and their disputes unsolvable. 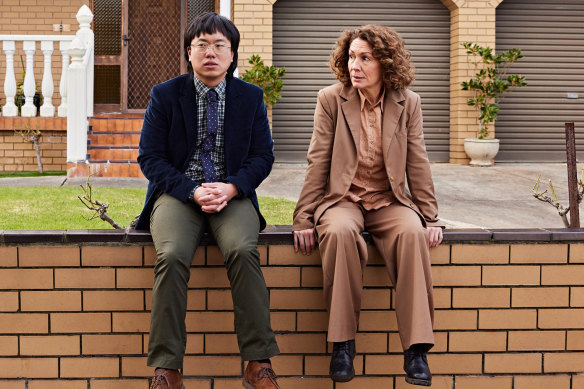 Created by the estimable husband-and-wife duo of Robyn Butler and Wayne Hope (The Librarians, Upper Middle Bogan), the eight-part Summer Love was specifically shaped by a desire to produce something affirming in a world rocked by COVID. Its diverse range of stories, all set in the same holiday rental house on Victoria’s Surf Coast, presents a lively assortment of tales of relationships under pressure: couples in conflict finding some resolution; initially wary strangers discovering common ground.

Actors Patrick Brammall and Harriet Dyer, who are married and who created Colin From Accounts, also wrote and starred in an episode of Summer Love. In their story, two couples embark with trepidation on their annual holiday as their lives move in different directions and their friendship gradually disintegrates. While Dyer and Brammall didn’t play partners in that episode, in Colin, which they wrote were executive producers, they’re the central couple, medical student Ashley and micro-brewery owner “Flash” Gordon.

They meet as a result of an accident involving a dog, whose expensive injuries force them together. They name their new and awkwardly shared pet Colin From Accounts, and it’s worth noting that a cute dog can always be a handy addition to a comedy. As Colin delivers in the cuteness stakes, mishaps and miscommunications ensue between his new owners. And as they gradually come together, their path, as is the way with romcoms, is littered with obstacles and detours. 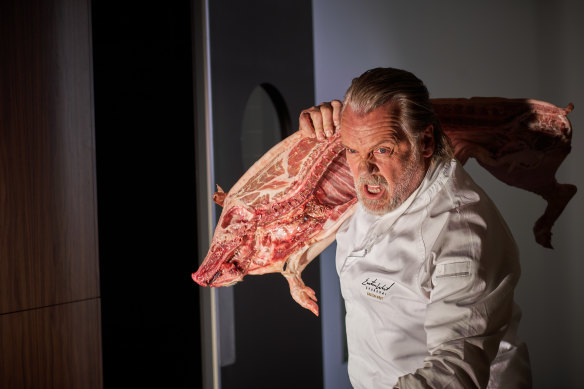 Erik Thomson is a disgraced celebrity chef hoping to leave his past behind in AftertasteCredit:Ian Routledge

The series makes the most of the actors’ contrasting energies on screen: Brammall’s milder demeanour and tendency to mumble passive-aggressive responses from the corner of his mouth; Dyer’s bright and bubbly, screwball heroine wackiness. They draw on their off-screen relationship for the on-screen dynamic, in particular the age gap which translates to Gordon making casual references to ostensibly well-known identities that Ashley’s never heard of.

The couple were also canny enough to engage comedy maestro Trent O’Donnell (The Moodys, The Letdown, Ghosts) as their set-up director, his work nimbly and effectively establishing the series’ tone and pace. O’Donnell, who also directed them in No Activity, has a light touch, a gift for letting the joke land and then allowing the humour to emerge without over-stating it. Which is a good thing, as any heavy-handed miscalculation with the fragile balance of a romcom can quickly extinguish its spark. And even when the tone shifts to something darker from episode six, the elements continue to flow together seamlessly.

As we come to the end of another year that seemed to have its fair share of anxiety, toxicity and stress, the trend toward more hopeful, compassionate homegrown comedy is welcome. Let there be more of it.