Less than one-fifth of Australians believe the fuel excise should remain under an overhaul to road charges, and almost half want it replaced with new distance-based charges that include electric vehicles.

The federal government is set to lose billions of dollars over the coming years with the increasing take-up of electric cars and is looking at a new way of charging motorists to use the roads. 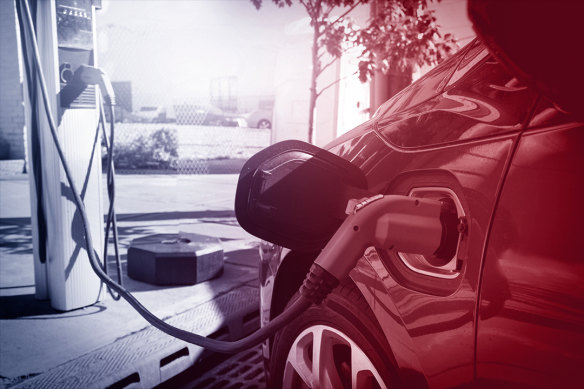 The increasing take-up of electric cars has sparked calls for Australia to move to a road-user charging model.

States and territories have already begun moving to road-user charging for electric cars, but there is no nationally consistent model.

Moving to a road-user model for all vehicles would potentially see fuel excise, car registration, tolls and other charges scrapped and replaced with a single tax based on distances travelled.

The revenue the government collects every year in fuel excise – around $13 billion – will plummet as new electric and fuel-efficient cars come online.

Exclusive findings in the Resolve Political Monitor, conducted for this masthead by research company Resolve Strategic, show that 48 per cent of people want fuel excise replaced with a road-user charging system for all vehicles if there is an overhaul at the federal level.

A further 18 per cent wanted fuel excise to stay only for motorists using petrol cars, while 34 per cent were undecided.

A spokeswoman for federal Transport Minister Catherine King confirmed the Albanese government was looking into a new way for charging motorists as more electric cars come onto the roads.

“The government will be looking at how to address the future decline in Commonwealth fuel excise revenue which will result from the uptake of more fuel-efficient vehicles and electric vehicles,” the spokeswoman said.

The Albanese government has introduced legislation to parliament which would exempt electric vehicles from a range of tariffs and taxes.

However, the Greens and crossbench senator David Pocock are pushing the government to exclude plug-in hybrid cars from the exemptions.

Michael Bradley, managing director of the Australian Automobile Association, said the federal government’s desire to accelerate the increased supply of electric cars into Australia was welcome, but it came with a responsibility to develop a new way to charge motorists.

“States are already taking different approaches to the implementation of road-user charges for electric vehicles, and a nationally led approach is needed to deliver the necessary transition away from our infrastructure funding’s reliance on the Commonwealth’s fuel excise,” he said.

“It’s critical that new taxes on electric vehicles are levied at a rate that doesn’t disincentivise adoption. However, they also need to be implemented sooner rather than later.”

Former Productivity Commission boss Peter Harris has said the inability of governments to embrace road pricing was the “greatest failure of my time in infrastructure” and would spark a “revenue crisis” in the years to come.

Resolve director Jim Reed said the move to support a road-user charging system as a replacement for fuel excise was a “fairness argument”.

“As more and more people at the top of the income scale buy electric vehicles, [people think] why should those left behind be paying more to maintain and improve the roads we all use?”

Reed said climate change had been a growing issue for the public for 15 years, driving the endorsement of things like cleaner cars.

He said support for government incentives was also high, mainly because a lot of people won’t consider electric vehicles as a realistic option until they come down in price, the range increases and charging infrastructure is more accessible.

“People can reject support for this new technology for the same reason, however,” he said. “If only rich people in urban areas can use them, why should all taxpayers fund their purchase?”