Australians want JobKeeper overpayments given back to taxpayers

Australians overwhelmingly believe companies that have used the federal government’s $98 billion JobKeeper program to boost their profits should be made to repay the cash.

As Labor and crossbench senators try to force the government to reveal the companies that received JobKeeper and whether they had voluntarily repaid any unneeded amounts, an exclusive poll for The Sydney Morning Herald and The Age shows strong support among voters for more transparency around the program. 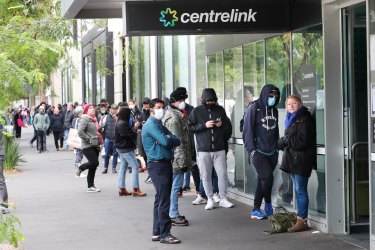 JobKeeper helped keep many Australians off welfare support through last year’s lockdown, but some firms have used the program to boost profits and executive dividends.Credit:Jason South

The wage subsidy program, the single largest economic support program ever put in place by a federal government, was introduced in March last year as the country went into nationwide lockdown.

Under the scheme, businesses received $1500 a fortnight per employee to cover the cost of their wages. To qualify, businesses had to say they would suffer at least a 30 per cent fall in turnover.

Some businesses heavily affected by lockdowns have relied on JobKeeper to keep afloat. Qantas Airways revealed this week it had been paid $588 million that it had used to help pay its staff.

But a growing number of publicly listed companies has revealed they did not suffer any turnover decline.

Figures compiled by the Parliamentary Budget Office in July showed almost $13 billion went to companies that did not satisfy JobKeeper’s criteria in its first three months of operation. Company reports show some of the scheme’s cash has flowed into executive bonuses or increased dividends for shareholders.

The Resolve Political Monitor, conducted last week by research company Resolve Strategic, found 65 per cent of more than 1600 people questioned agreed JobKeeper payments that “were not warranted or used” should be repaid. Of that group, 38 per cent strongly supported forcing companies to repay their JobKeeper assistance. 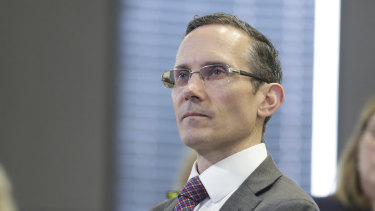 He said while similar schemes in the United States and New Zealand required the public release of information on how much taxpayers’ money had gone to companies, in Australia it was still secret.

“JobKeeper overpayment is the single biggest waste of money in Australian history, and the Morrison government won’t do a thing to make it right,” he said. “The Morrison government is yet to explain how giving money to firms with rising earnings saved a single job. Bucketloads of taxpayer money funded bonuses for millionaire CEOs and dividends for billionaire shareholders.”

This week, the government pushed back against Senate demands for the release of information from the Australian Tax Office that would include a list of employers with annual turnover of more than $10 million that received JobKeeper, the number of people they employed and the amount of JobKeeper they received.

Treasurer Josh Frydenberg told the Senate that to release the information would “prejudice the commercial interests” of businesses that received JobKeeper. He noted it could also put competitive pressures on businesses, particularly privately held firms.

Labor and crossbench senators plan to amend a piece of tax legislation the government is trying to push through the Senate. That amendment is in line with its demand to the ATO to release information about companies receiving JobKeeper.

Debate on that legislation, which affects the tax deductibility status of gifts and the nation’s Offshore Banking Unit, was abruptly ended this week with concerns growing in the government that the proposed amendments will be passed by the Senate.

If passed, the government will have to decide whether to abandon its tax changes or allow more transparency around JobKeeper.

Independent senator Rex Patrick said the public had a right to know how much public money was flowing to companies.

“Jobkeeper was a wage subsidy scheme for businesses significantly affected by COVID-19. And yet some businesses took it, improved their profits and then paid larger dividends to their shareholders and bonuses to their executives,” he said. “Those companies that abused the taxpayers’ goodwill should pay it back.”