Baby No. 2 is here! Billie Lourd has welcomed her second child with Austen Rydell.

The Booksmart actress, 30, gave birth on Monday, December 12, according to her father, Bryan Lourd. “My daughter had a baby last night,” he gushed during Variety‘s Dealmakers Breakfast in California on Tuesday, December 13. “I left the hospital at 1:30 and got there this morning at 6 [a.m.] I’m a little tired, but happy.”

The talent agent, 62, added: “Everything’s great. So if I wander, it’s because the adrenaline is still flowing.”

Billie revealed her second pregnancy at the London premiere of Ticket to Paradise in September. She stepped out in a sequined, light pink frock with tulle sleeves, cradling her growing baby bump while posing on the red carpet with Rydell, 30.

The big reveal came two years after the​​ parents got engaged in June 2020. “She said YES!! (Actually she said ‘Duhhh’),” the producer, who dated the California native on and off for four years before popping the question, captioned his Instagram reveal at the time. “But I guess that’s even better than yes?!” 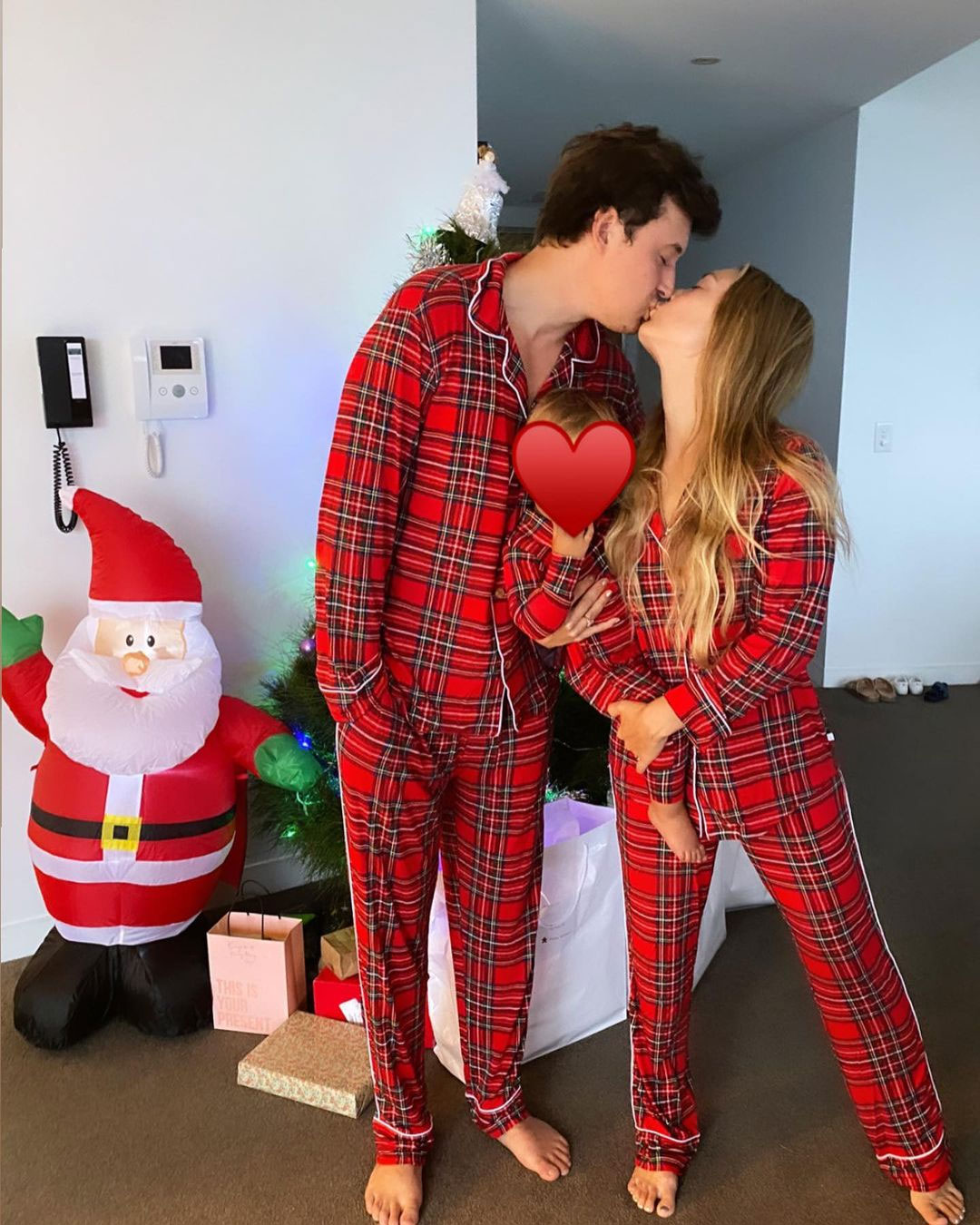 The duo tied the knot in Cabo San Lucas in March 2022.

The former Scream Queens star announced in September 2020 that she welcomed a baby boy with the Mensch producer. “Introducing Kingston Fisher Lourd Rydell,” she captioned the Instagram reveal at the time, sharing a photo of her son’s feet.

Billie has kept both of her pregnancies low-key, only sharing more details about her journey to motherhood after Kingston’s arrival. “He is an angel. He’s the king. The most demanding, tiny boss a gal could ever have,” she gushed of her little one during an Instagram Live chat in November 2020. “It’s wild. No one has ever liked my boobs this much in my life.”

Her late mother Carrie Fisher’s former Star Wars costar Mark Hammill also sent his well-wishes on the couple’s arrival via Twitter. “Congratulations to #BillieLourd & #AustenRydell on the arrival of their firstborn child: Kingston Fisher Lord Rydell!!!” the actor, 69, who plays Luke Skywalker, wrote. “I can’t think of another baby with both ‘KING’ AND ‘LORD’ in their name. Nice.”

In May 2020, the singer paid tribute to her late mother on Mother’s Day after losing the Grammy winner three years prior at age 60. (Fisher died one day after her mother Debbie Reynolds‘ death.)

“Sending my love to anyone who has lost a mother and anyone who might just be having a complicated Mother’s Day this year,” Billie wrote via Instagram at the time. “This is my 4th Mother’s Day without my Momby and days like today are never easy, but I’ve found that doing things that make me feel more connected to her make it a little easier – watching her favorite movies, listening to music we listened to together, looking through old pictures and my personal favorite – eating + drinking things she loved. (Today I’m going to watch Postcards from The Edge, listen to Tom Petty + Dire Straits, have a fried mozzarella from La Scala and have a couple Coca-Colas with an aggressive amount of ice).”