Barbados names Rihanna a national hero after split from UK

It’s out with Queen Elizabeth II and in with Rihanna.

The “Diamonds” singer was honored by her home country of Barbados on Monday night when she was named a national hero. 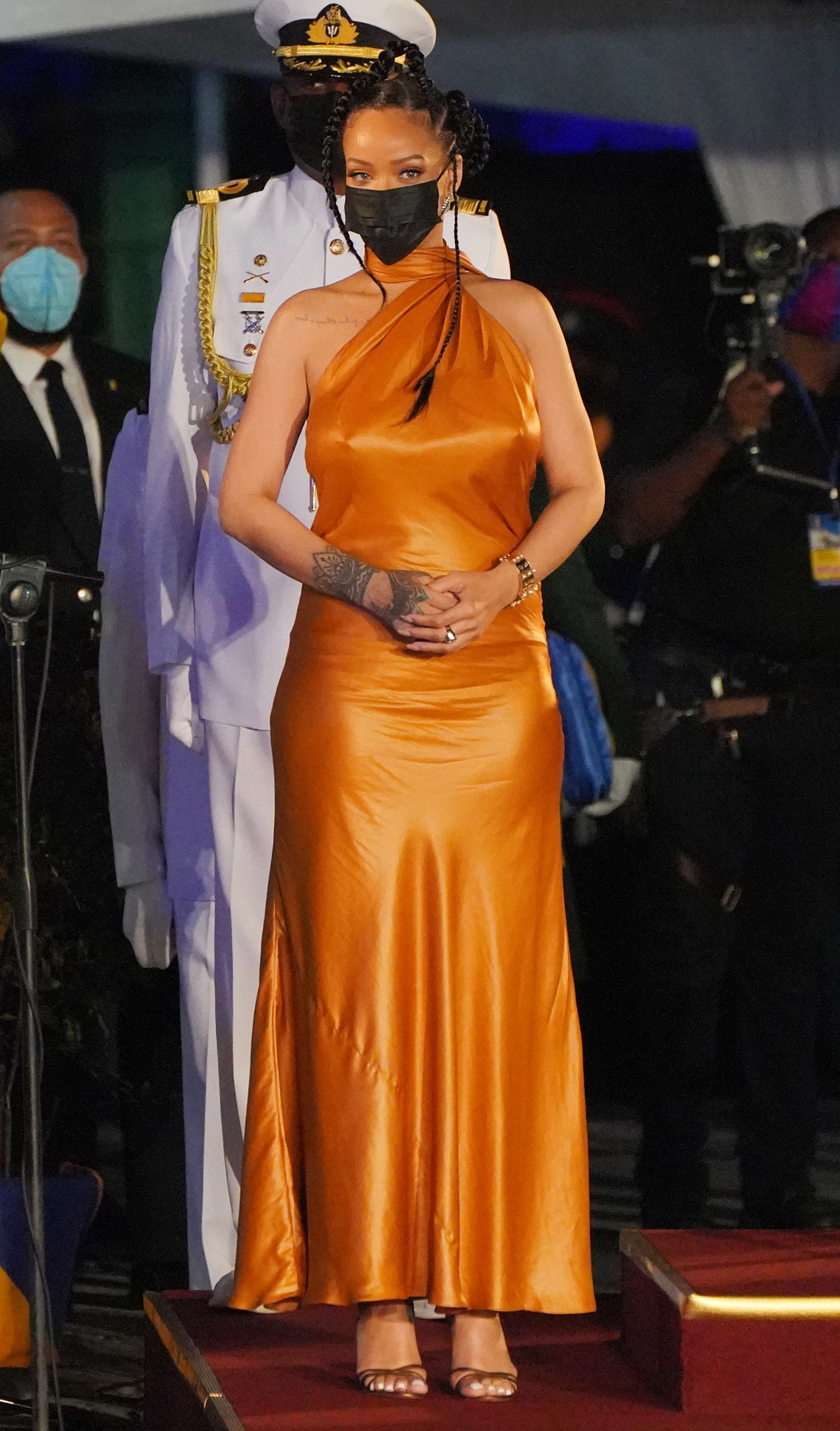 Rihanna, 33, received the honor from Barbados Prime Minister Mia Mottley during a ceremony marking the Caribbean nation’s split from the United Kingdom to become its own republic.

“On behalf of a grateful nation, but an even prouder people, we therefore present to you, the designee, for national hero of Barbados, Ambassador Robyn Rihanna Fenty,” Mottley, 56, said at the event, which Prince Charles attended. 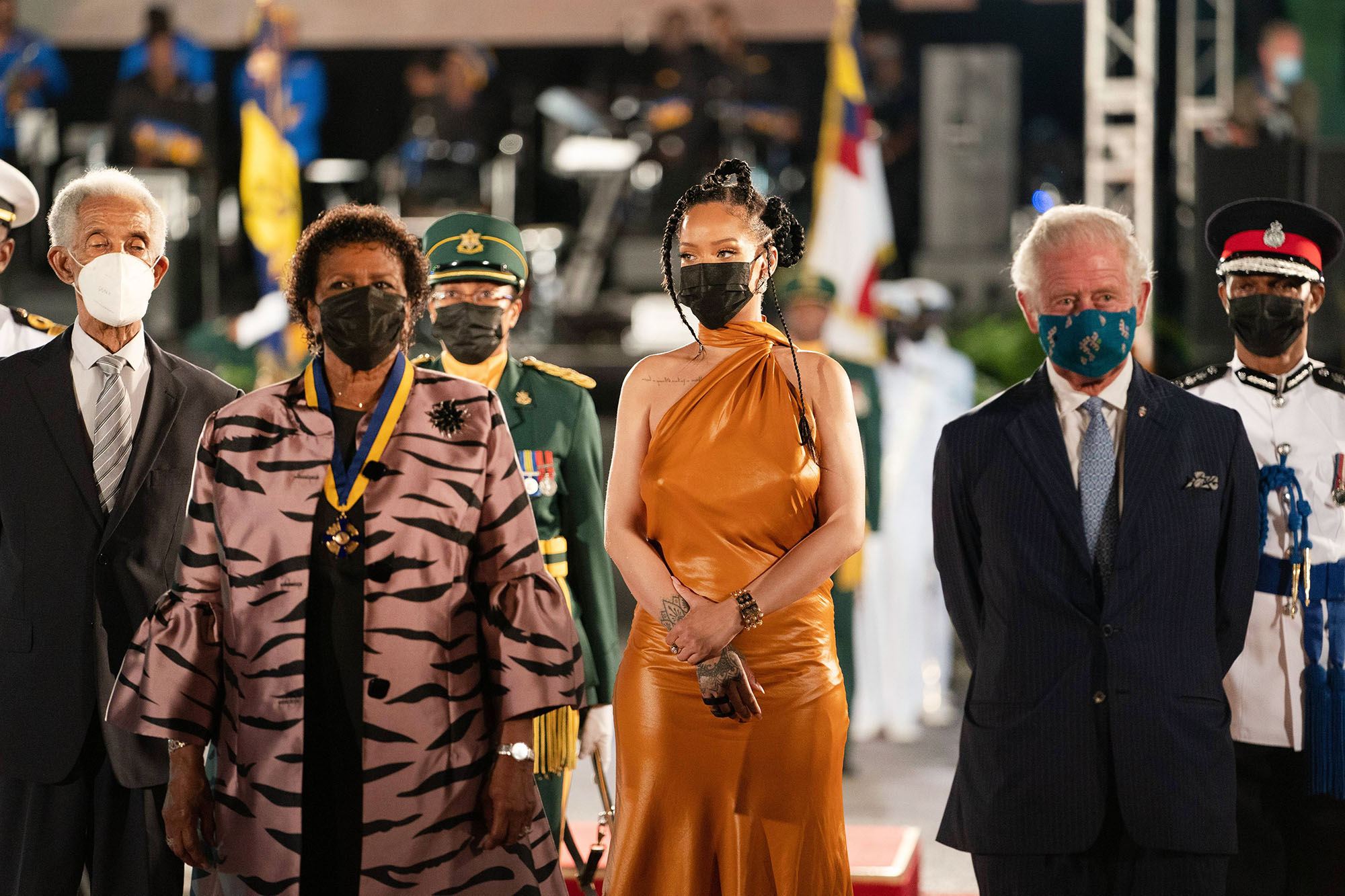 “May you continue to shine like a diamond and continue to bring honor to your nation by your words, by your actions, and to do credit wherever you shall go,” the politician added.

All eyes were on the Grammy winner — even Charles, who sat front row — as she stunned in a one-shouldered, orange Bottega Veneta gown with strappy beige heels and a black protective face mask. 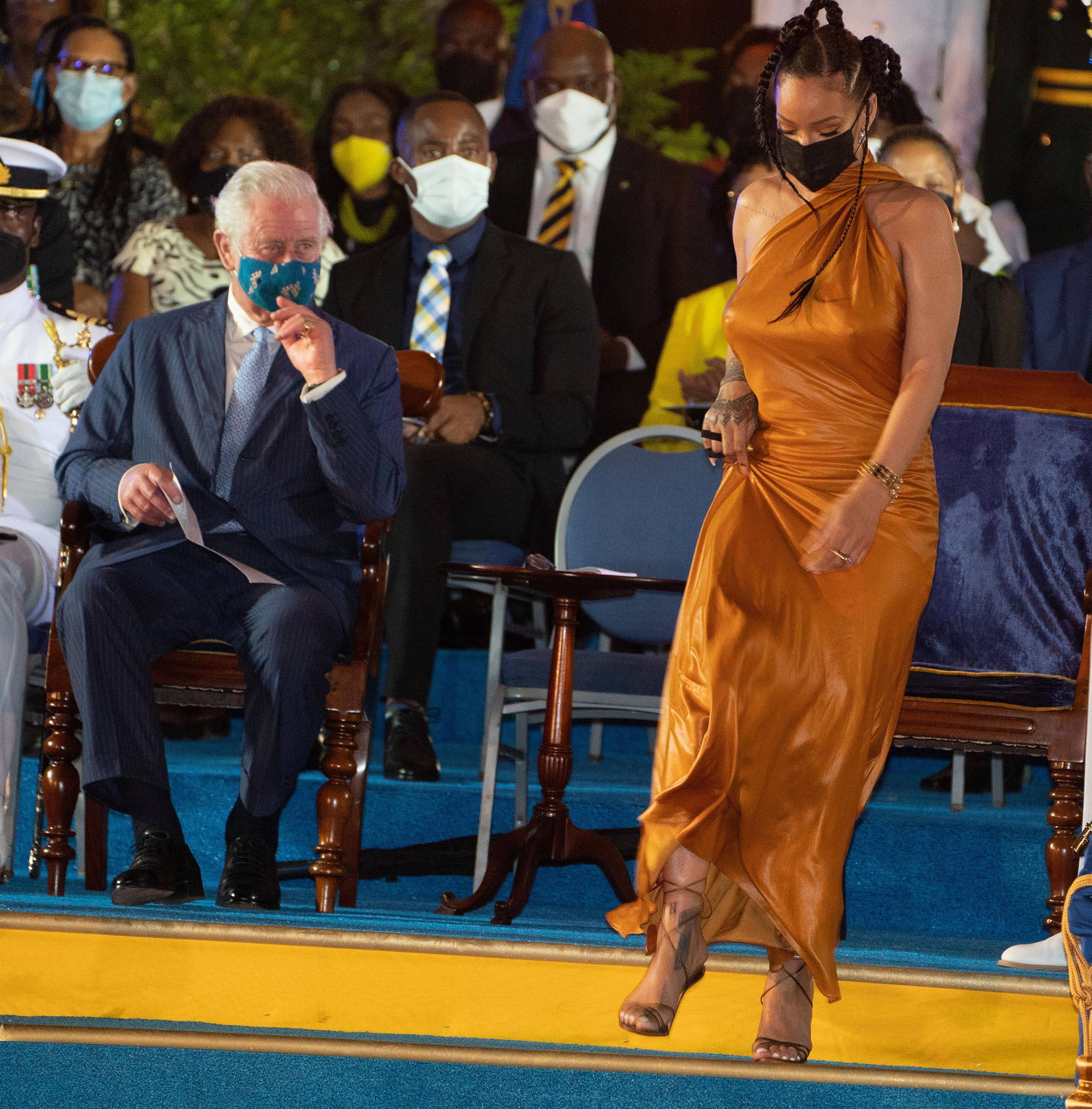 Rihanna is among an exclusive group of just 11 Barbadians who have been named national heroes — and she is only the second woman to receive the honor.

Charles, 73, spoke at the ceremony in Rihanna’s home city of Bridgetown as Dame Sandra Mason replaced his monarch mother, 95, as Barbados’ head of state. 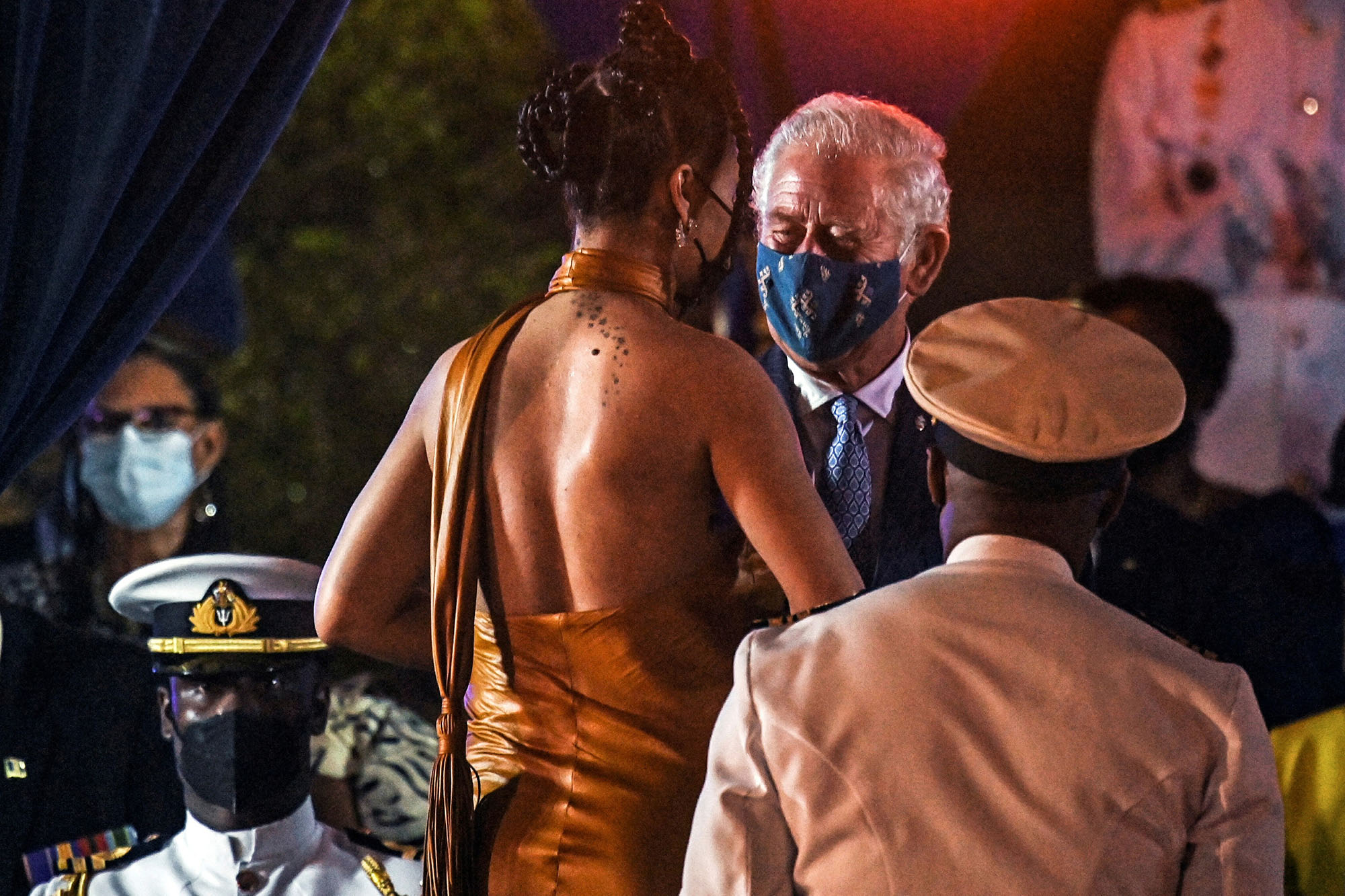 “From the darkest days of our past and the appalling atrocity of slavery, which forever stains our history, the people of this island forged their path with extraordinary fortitude,” the Prince of Wales said.

“Emancipation, self-government and independence were your waypoints. Freedom, justice and self-determination have been your guides,” Charles continued. “Your long journey has brought you to this moment, not as your destination, but as a vantage point from which to survey a new horizon.”