Barry Jenkins’ ‘The Underground Railroad’ Is Harrowing And Stunning. Don’t Binge It.

This piece contains slight spoilers for “The Underground Railroad.”

The limited series, which premiered Friday on Amazon Prime Video, is a harrowing yet stunning 10-hour saga starring captivating newcomer Thuso Mbedu as Cora, an enslaved woman on a journey to freedom across the antebellum South by way of a literal subterranean train with conductors and secret passageways. Cora escapes the Randall Plantation in Georgia and makes it to the Carolinas, Tennessee and Indiana, with slave catcher Arnold Ridgeway (Joel Edgerton) on her heels at every turn. Ridgeway, who failed to capture Cora’s mother when she escaped the plantation, is hellbent on catching Cora.

By the end of Episode 1, titled “Georgia,” I didn’t think I’d ever finish the series.

Audiences meet Cora at a turning point, as a man named Caesar (Aaron Pierre) wants to escape and is urging Cora to come with him. She denies him until she bears witness to the series’ most horrifying scene: Audiences see escapee Anthony (Elijah Everett) tortured and burned alive for spectacle after attempting to run away. The scene is enough to make you give up on the show. Perhaps you, dear reader, started “The Underground Railroad” over the weekend and have already pressed pause.

For series director Barry Jenkins, known for “Moonlight” and “If Beale Street Could Talk,” that is perfectly OK. 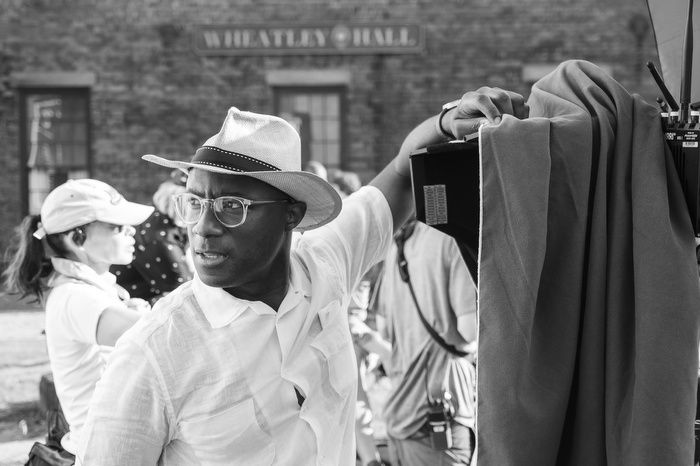 “I think the reason why I made it as a TV show and not a feature film, is so when you have the reaction that you had, even at the moment of having it, you can pause, you can fast forward and just like you did, you can set that shit down and be like, ‘You know what, maybe I’ll come back to it, but not right now,’” Jenkins said in a Zoom interview ahead of the series premiere. “I wanted to empower the viewer the same way I wanted to empower the cast and the crew who were making those scenes.”

“The Underground Railroad” is not an easy watch by any means. Slave narratives and Black trauma stories must show acts of violence and brutality against Black Americans to stay true to the horrors of racism and white supremacy. After a devastating year with the pandemic, an onslaught of police violence and other atrocities, the saga of an enslaved woman hits like a cinder block on your emotions.

The series also lands at a time where critics and moviegoers have been pushing back on a litany of trauma stories about Black people of the past and present, whether through fictional tales like mind-bending thriller “Antebellum” and police shooting drama “Queen & Slim,” or stories rooted in fact like the Harriet Tubman biopic “Harriet” and Solomon Northup’s tale “12 Years A Slave.”

But with Jenkins’ steady hand, “The Underground Railroad” avoids many of the pitfalls of those films — and not just because of format. Jenkins’ choices of what brutality was necessary to show audiences, what to make his cast see and experience, and what, instead, to tell make “The Underground Railroad” unlike any other slavery or trauma story. They may seem like subtle distinctions, but their impact on the storytelling make them absolutely necessary and noteworthy.

“Typically, when you watch a show or movie like this, the enslaved are yelling out in pain or they’re begging for their lives. And I made the choice that he would not do that in this moment,” Jenkins said, referring to the scene in which Anthony is burned alive. In it, the characters calls out to the enslaved witnesses and tells his brutalizer, “God damn you.”

“I was trying to figure out, in showing this, what was I also showing within it that I felt like gave the character some agency,” Jenkins said. 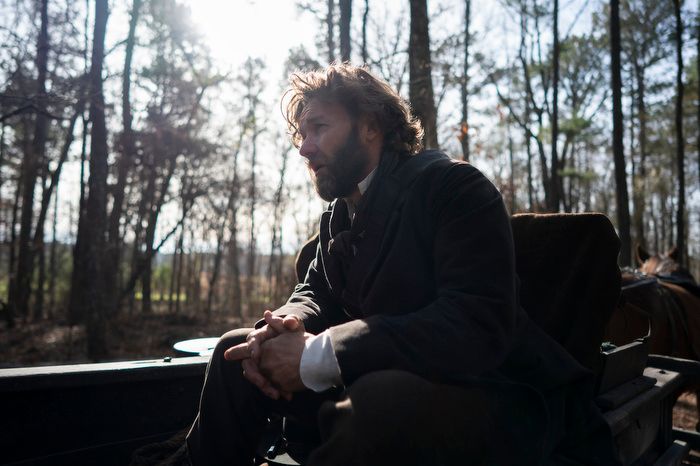 Many in Hollywood said Jenkins was the only person who could pull off the adaptation, and the director shows that to be true throughout his first foray into episodic storytelling. His choices are especially on display in Episodes 5 and 6, when he Jenkins leans on his cast to relay haunting stories about Cora’s friends from the Randall Plantation.

Both episodes are set in Tennessee after Cora is captured by Ridgeway and his freed-but-loyal young assistant Homer (a scene-stealing 11-year-old Chase Dillon). For about 90 seconds, Cora hears excruciating details about the fate of her best friend Lovey after she was captured. Though Ridgeway is speaking, the camera stays trained on Cora as she cries learning about her friend’s torturous death. There is no flashback to Lovey’s torture — that’d mean traveling back in time and place. Cora doesn’t violently react, but uses her eyes and body language to articulate her rage in the moment. It is a quiet yet stirring scene.

“We see the power and words, you see the power in words, and we also see the dignity in the resolve, and her doing whatever she can to not allow him the reaction he’s after,” Jenkins said. “But the most important thing, we don’t cut to this woman, hanging over a spike and all these different things that he’s describing.”

In Episode 6, Ridgeway again relays a story to Cora, this time about her beloved Caesar, who was tortured by a white mob in South Carolina. Edgerton’s delivery lands like he’s reading the lines straight out of Whitehead’s novel, with a driving pace so vivid that it seems like the events are unfolding right before his eyes. Cora’s muffled sobs color the heinous description so acutely your heart sinks with hers. 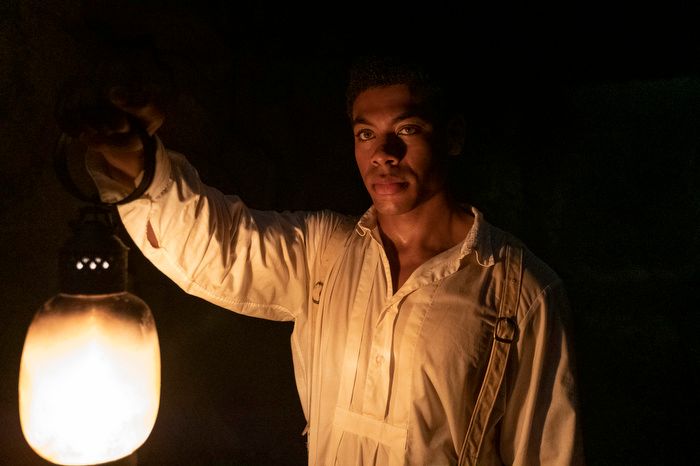 Mbedu’s performance pulls the entire series together. The South African actor, who was cast after reading scenes with actor Stephan James (“If Beale Street Could Talk”), has a compelling vulnerability behind her eyes. So much of her power on screen lies in how the weight of her journey — not just physically across the South, but internally, from a deep, dark place to a softer resolve — is expressed in her body language.

“I knew that at the beginning of the story, this woman is not going to be allowed to express herself through voice. She’s got to express herself in body language, through eye contact or through eye avoidance,” Jenkins said. “I saw all these things in Thuso’s audition that were really rich. I can never have known that she’s going to be that good, but I saw the potential for that. That scene is a perfect example.”

Ultimately, it took me about two weeks to watch the entire series, with an admittedly long break after the first episode, short gaps between the first half, and then a mad dash to complete the series before speaking with Jenkins. Perhaps it’d be worth rewatching those final episodes, absorbing them on their own and letting the final stop on Cora’s physical and mental journey truly sink in.

The director said the last three episodes are his favorites, and he hopes viewers will stick with the series until the end. At one point, he said, there was talk of releasing episodes in batches, starting with the first three and then trickling out the rest.

I asked him for advice for how to watch the show, and after running through a suggested schedule — watch the premiere, Episodes 2 and 3 together, then Episodes 4, 5, 6 and 7, and end by watching Episodes 8, 9 and 10 each on their own — he reversed course, emphasizing the importance of giving audiences their own agency to fully absorb the series.

He just has one request.

amazon prime, Barry Jenkins, the
You may also like: