Bella Hadid is happier than ever after debuting her romance on social media with art director Marc Kalman.

Bella Hadid is “thrilled” after going Instagram official with Marc Kalman. The 24-year-old Victoria’s Secret model debuted her relationship with the art director via Instagram on July 8. She shared a series of snapshots of herself in France, but it was the final photo of the twosome cuddled up and sharing a smooch that had people talking.

“Bella and Marc have been quietly seeing each other for a couple months but things have become more serious between them lately, so she decided to make things Instagram official,” a source close to the supermodel said. “She’s grateful for all the support they’re receiving and she’s thrilled that their romance is out there because she’s so proud of him and wants to show him off to the world.” 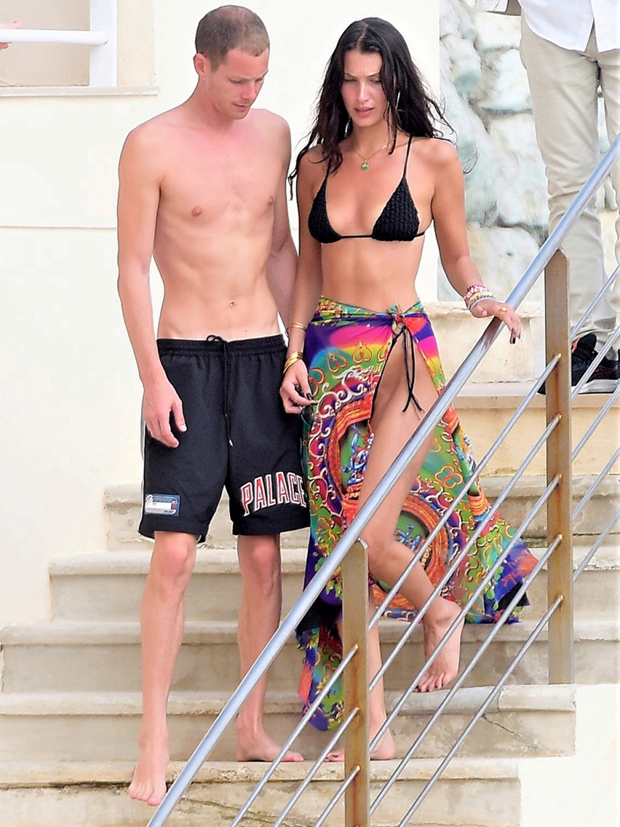 “Bella is so happy with Marc and she loves that he just lets her be herself, and that he gets her crazy schedule because he comes from that lifestyle, too,” the friend added. “Bella typically keeps her romantic life private, but she’s introduced Marc to her family and she has their blessing which makes things feel more official. Bella’s family [Yolanda and Gigi Hadid] thinks she and Marc are really cute together and they’ve all been so welcoming. She couldn’t be happier and she’s excited to see where things continue to progress between them.”

On June 5, the brunette beauty was spotted getting lunch with her her hunky suitor and just four days later the couple were seen enjoying dinner together on the terrace at Australian restaurant LouLou in Paris. They were also photographed aboard a tiny inflatable boat in Antibes, France sharing a passionate kiss. Marc’s arms were wrapped around Bella’s waist in some of the snapshots; in others, the model was captured caressing her new boyfriend’s face.

Bella first began dating The Weeknd in 2015 and while the duo kept the details of their relationship fairly private, they were often spotted out and about together although she starred in his music video for “In The Night”. In 2016 they made their red carpet appearance at the Grammys, but by November of that year the pair went their separate ways due to conflicting schedules and rigorous work commitments. The couple rekindled their relationship in May 2018 before they called it quits again in 2019.