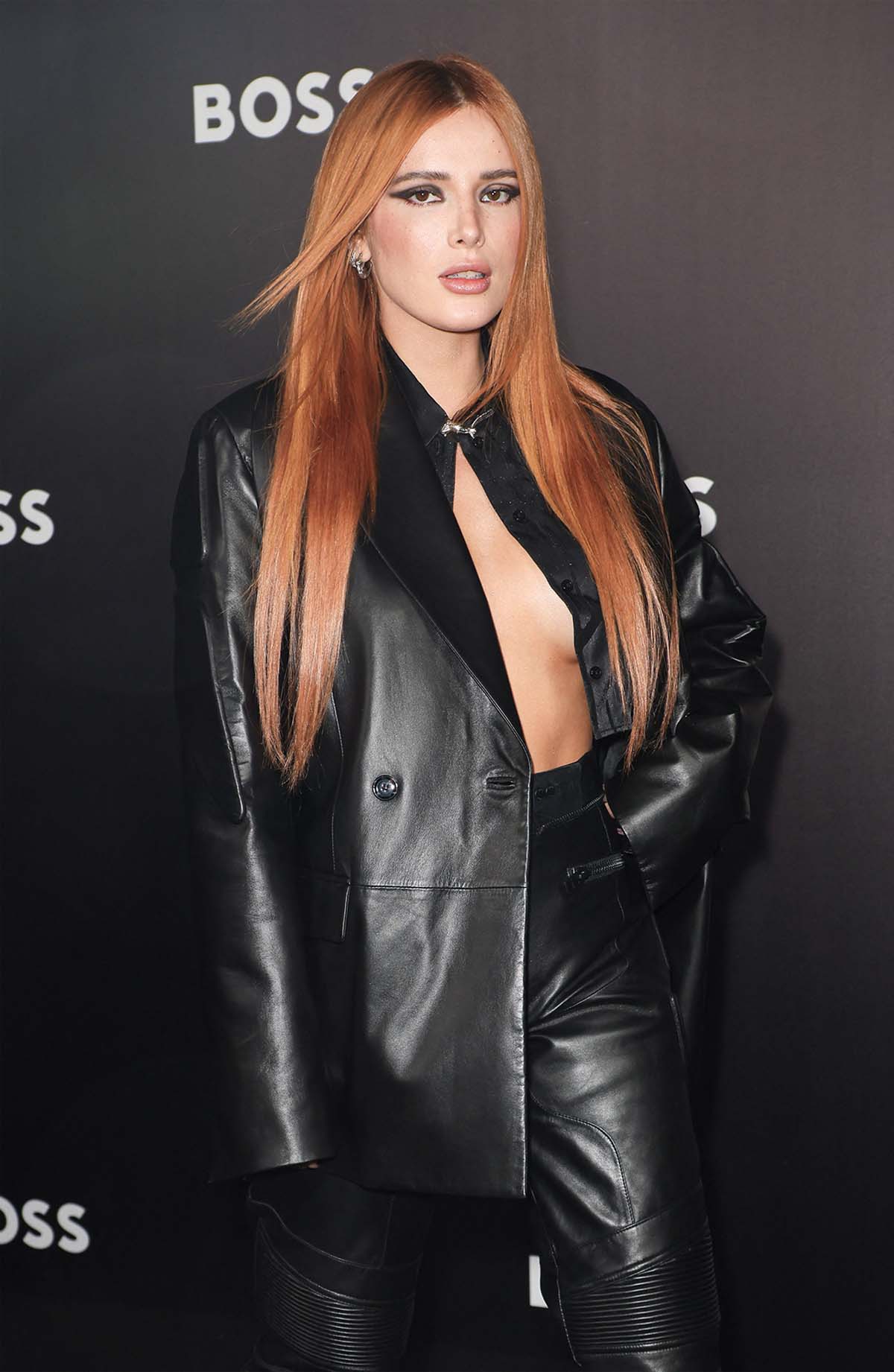 Is there a new reboot on the way? Bella Thorne would love to see her former Disney channel show, Shake It Up, return to the small screen — with a twist.

“I think an older Shake It Up would be hilarious,” the former child star, 25, exclusively reveals in the latest issue of Us Weekly, adding that she wants to know “all about where [my and Zendaya‘s characters,] Cece and Rocky are now.” Thorne and the Emmy winner, 26, starred as aspiring performers who land a job as background dancers on their favorite TV show from 2010 to 2013. The pair formed a long-lasting bond during their time on the Disney sitcom, but they didn’t hit it off right away.

“It’s like we said [in] a couple interviews when we were younger, how we explained how in the first season we weren’t friends and it took us those other two seasons of becoming so close,” Thorne exclusively told Us in February 2021, explaining that she and Zendaya often felt like they were pitted against one another. “[It was hard] not having someone pitted against you [before] and then all of a sudden, now everyone is pitting you against each other. That fed into our heads. It made us not [be] friends in that first season.”

After having a “beautiful talk in the middle of a sound stage,” the Babysitter star explained that she and the “Replay” singer were able to make amends. “We were really able to put our cards out on the table and [understand] each other,” Thorne said, adding that they were able to be “so mature at such a young age.”

Nearly one decade later, Thorne is still supportive of her former onscreen bestie. “Zendaya’s amazing. I f—king love her,” she told Us. “She’s always been amazing and she’s always going to be amazing. I’m just happy that people see that. She’s getting the recognition she deserves. That just makes me so happy.”

She continued: “I feel like when people put us against each other, it’s just like, … ‘Why are you doing this? Is it just because we’re women?’”

Like her former costar, Thorne is also exploring a career in fashion with the launch of her new jewelry line, Thorne Dynasty. The collection includes everything from rings and earrings to necklaces and bracelets made with 14-karat gold, pearls and crystals. The Blended actress’ love of accessories is so intense that she keeps her favorite pieces — which she revealed her were “nude and orange jewelry” — on a special display shelf.

1. I love Cuban food. A good empanada goes a long way when you need some comfort food.

2. I can do really weird tongue tricks. I can also pop my sternum out of my chest.

4. My favorite wardrobe items are my nude and orange jewelry. They have their own pretty shelf to sit on.

5. “Fergalicious” or “Glamorous” by Fergie brings back the best memories.

6. My favorite rooms in my house are my writer’s room and bedroom.

7. My favorite thing to cook is lemon pasta with lemon chicken. Absolutely delicious.

8. My first job was Entourage.

9. I love [the movies] The Strangers, The Hot Chick and The Babadook.

10. Typically, my Saturday nights are crazy — I’m either in bed binge-watching TV or I’m traveling.

11. My house is on top of a mountain, so on a Sunday, I’m probably outside with a drink in the pool watching the sunset.

12. I was starstruck when I saw Lil Nas X at a party. He’s just this shining light of goodness.

13. My celebrity crush when I was little was Ian Somerhalder. I liked Vampire Diaries. I also liked True Blood’s Eric Northman — he is so hot.

14. My favorite way to decompress after a long day is: smoke, a glass of wine, a movie or TV show, hanging with my sister, a massage, if possible.

15. I was also pretty damn starstruck when I met Christian Bale.

16. My alternate profession would be a [motivational] speaker.

17. The most famous people in my phone contacts are Elon Musk, Megan Thee Stallion and Jared Leto.

18. Releasing my book [The Life of a Wannabe Mogul] is what I’m the most proud of out of my career because it’s 100 percent me.

19. The best advice I’ve ever received was from Jessica Chastain. She’s amazing. She helped me so much on a movie that we worked on together, and she shared so many great things about herself and about life.

20. My best advice is that right or wrong is dependent on how a person feels inside.

From Rihanna to Jennifer Lawrence and More, See Which Celebs Free the Nipple

21. My dream collaborator is Nick Antosca, an amazing film writer.

22. I’d like to try shaving my head, but I’m scared my hair [may never] grow back. What if that happens? It’s possible.

23. I think an older Shake It Up would be hilarious. All about where Cece and Rocky are now.

24. I wouldn’t remove any of my projects from my résumé. I wouldn’t be the same me without them.

25. I really want to go to the Maldives because there’s this underwater hotel there that looks so sick.