“Even though Betty was about to be 100, I thought she would live forever,” her agent and close friend, Jeff Witjas, told People in a statement on Friday. “I will miss her terribly and so will the animal world that she loved so much. I don’t think Betty ever feared passing because she always wanted to be with her most beloved husband Allen Ludden. She believed she would be with him again.”

White was weeks shy of a milestone birthday as she was set to turn 100 on January 17, 2022. “[I’m] amazed,” she told Entertainment Tonight in an interview published on Wednesday, December 29. “No, seriously, I’m the luckiest broad on two feet to be as healthy as I am and to feel as good as I do!” 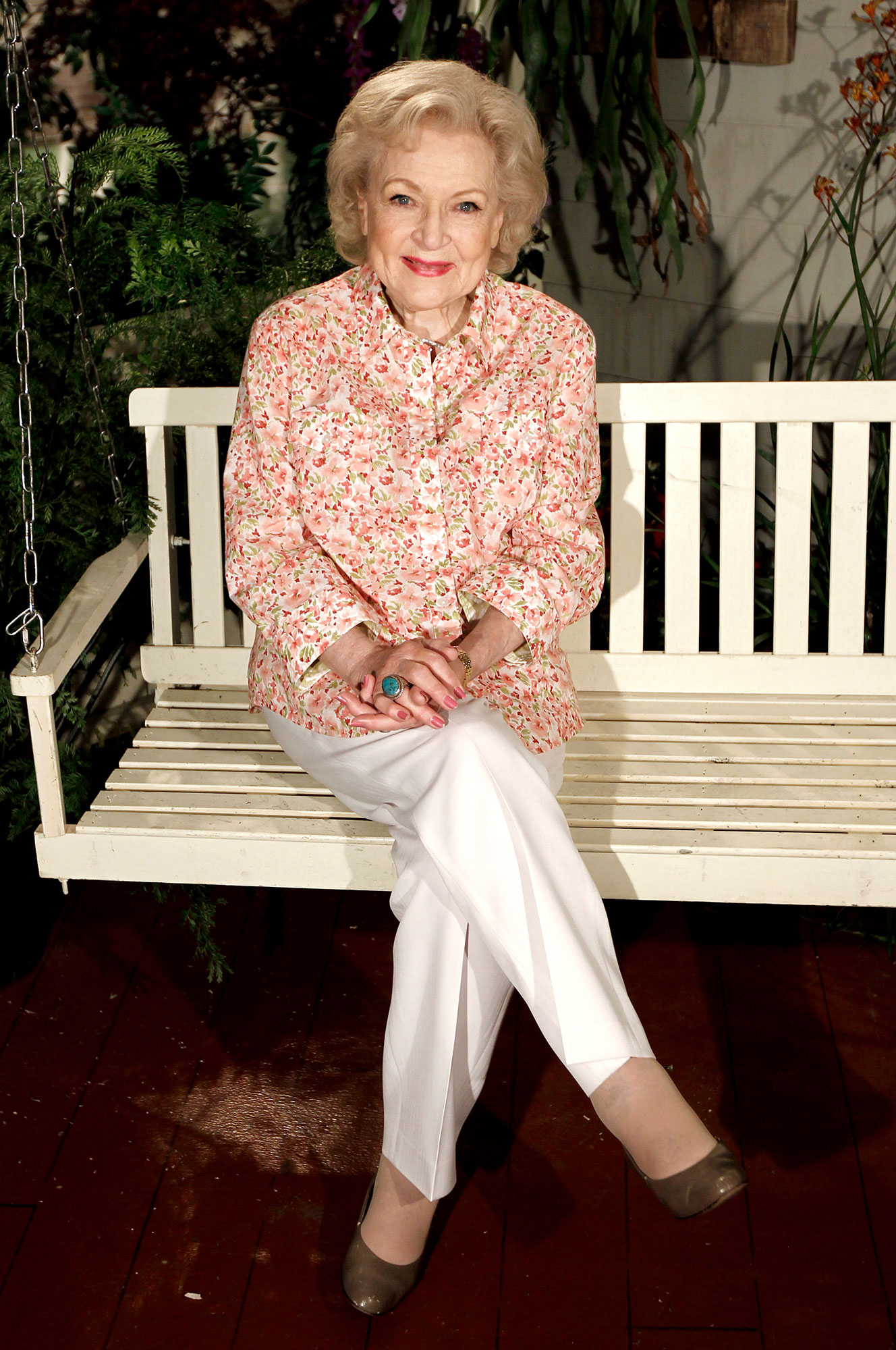 Though her career spanned eight decades, White was best known for her Emmy-winning roles as Sue Ann Nivens on The Mary Tyler Moore Show from 1973 to 1977, and Rose Nylund on The Golden Girls from 1985 to 1992. More recently, she won two consecutive SAG Awards for her role as spunky caretaker Elka Ostrovsky on Hot in Cleveland, which aired on TV Land from 2010 to 2015. Dubbed the First Lady of Game Shows, White was also a staple guest on Match Game, Password, To Tell the Truth and The $25,000 Pyramid, among others.

Most Shocking Celebrity Deaths of All Time

The Illinois native worked in radio in the 1940s before joining Al Jarvis’ daily variety show Hollywood on Television in 1949. She began hosting the show by herself in 1952 after Jarvis’ departure before scoring her first Emmy nomination for Best Actress. In 1952, she teamed up with writer George Tibbles and producer Don Fedderson to create the sitcom Life With Elizabeth, on which she starred as the titular role.

White made her feature film debut in the 1962 drama Advise & Consent, around the same time that she began appearing as a celebrity guest on Password. She wed the game show’s host, Allen Ludden, in 1963. It was her third and longest marriage following brief unions to U.S. Army pilot Dick Barker and talent agent Lane Allen. She was never seriously involved with anyone else after Ludden’s death in 1981 and did not have any children.

“When you’ve had the best, who needs the rest?” she said on CBS News Sunday Morning in June 2012 about her marriage to Ludden. “It was special. It was very special. But that doesn’t keep you from having fun with somebody and going out and having dates. And Robert Redford never calls.” 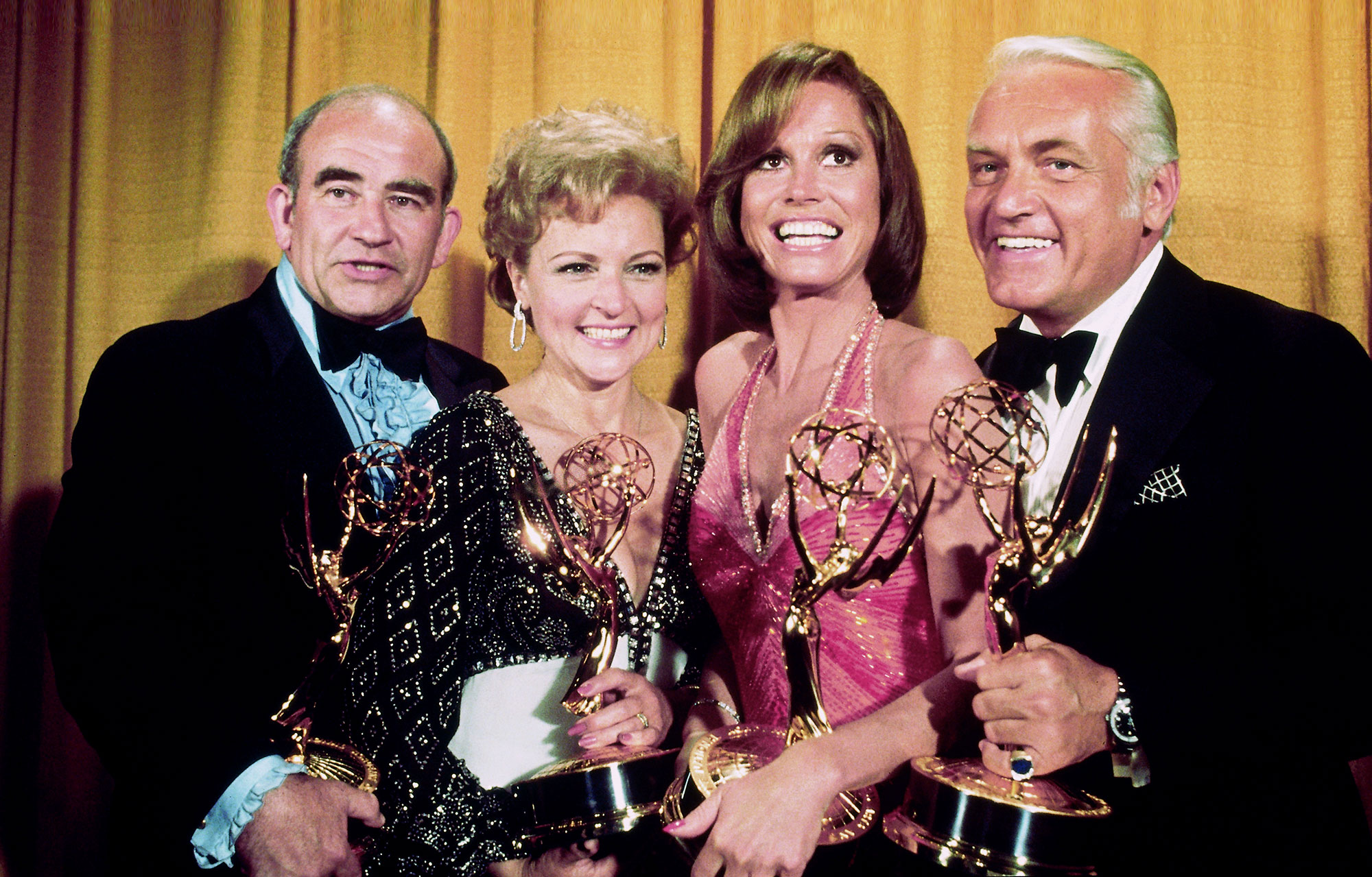 The actress joined the cast of The Mary Tyler Moore Show in the early 1970s after making multiple guest appearances. She won two Emmys for her sharp-witted role as Sue Ann. In the years that followed, she had her own short-lived sitcom, The Betty White Show, and appeared in sketches on The Carol Burnett Show and The Tonight Show Starring Johnny Carson. She also hosted the Macy’s Thanksgiving Day Parade for several years.

In 1983, White became the first-ever woman to win a Daytime Emmy in the Outstanding Game Show Host category for NBC’s Just Men! She had a recurring role as Ellen Harper Jackson on Mama’s Family in the mid-‘80s before starring alongside Bea Arthur, Rue McClanahan and Estelle Getty on The Golden Girls. She won the Emmy for Outstanding Lead Actress in a Comedy Series in 1986 and was nominated in that category every year until the series ended in 1992.

“Golden Girls was a big breakthrough,” she told CNN in February 2017. “A situation comedy about old women? What is that? I think it changed a lot of the thinking and opened the way for a lot of older women.” 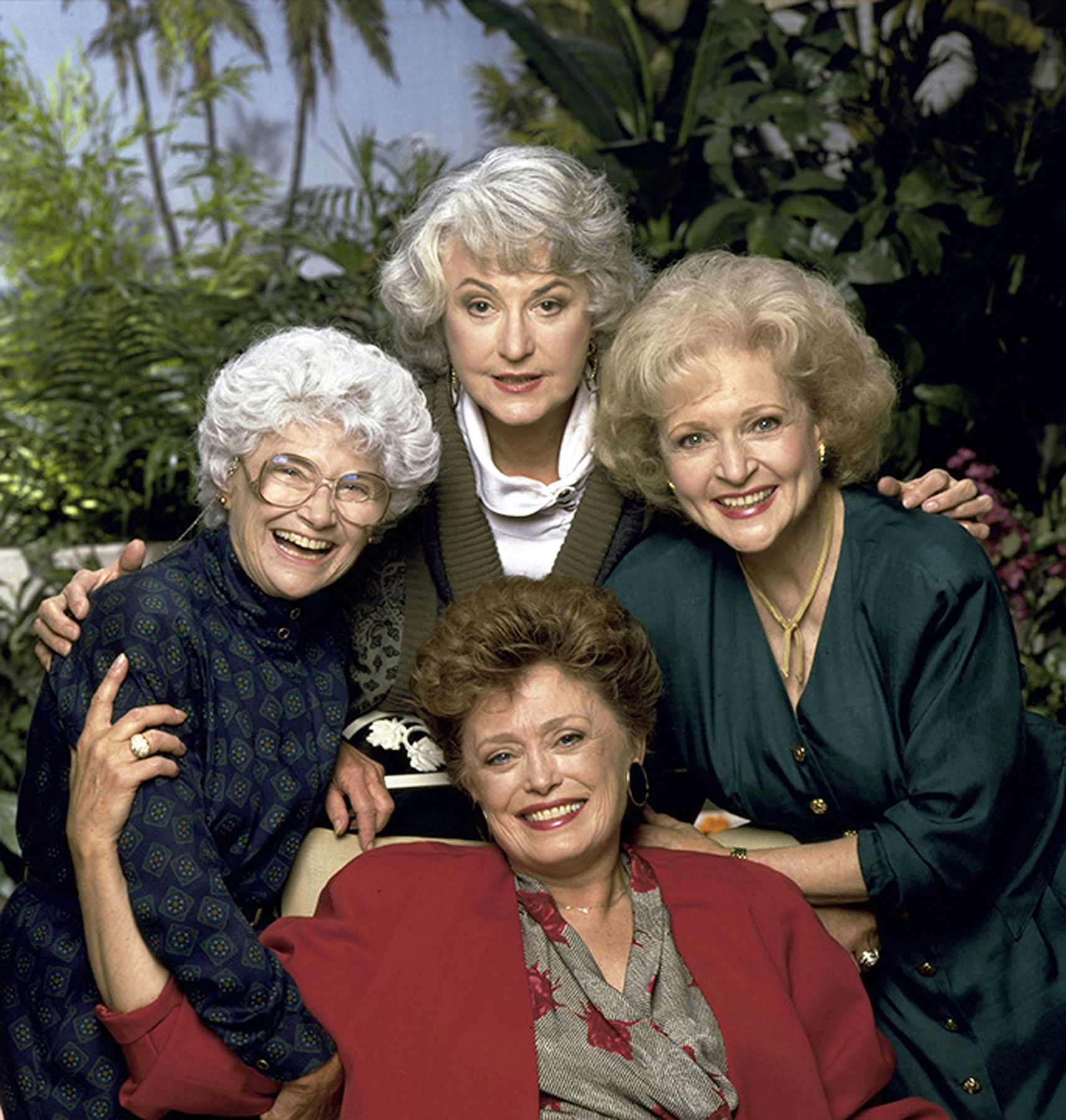 In addition to her onscreen roles, White was known for being a humanitarian and an author. She worked with various animal organizations and charities from the early ‘70s until the final years of her life. In her 2011 book, If You Ask Me (And of Course You Won’t), she wrote, “Animal lover that I am, a cougar I am not.” White received a star on the Hollywood Walk of Fame in 1988. She was the recipient of the Life Achievement Award at the SAG Awards in 2009.

“I got an award for everything,” she told Parade in January 2018 during one of her final interviews. “Inhaling, exhaling … I’ve been so spoiled rotten.”