His family released a statement with the sad news saying that his death came after the presenter’s battle withprostate cancer which he was diagnosed with five years ago.

They wrote: “Following a challenging and committed fight against prostate cancer, Bill passed away peacefully at his home in Suffolk surrounded by his family on Wednesday, 31st August”.

They continued: “Bill was diagnosed in 2017 and has had outstanding medical care from the Royal Marsden and Ipswich Hospitals, St Elizabeth Hospice and his GP.”

Bill became a beloved voice of morning television when he landed his role at BBC Breakfast.

The presenter first appeared on the show in 2001 as a weekend host and while he regularly appeared on the weekday version of the show, it wasn’t until 2008 that he became the main weekday presenter.

However Bill had actually started his career on radio in 1978 and became a regular on USA radio while corresponding from the region for the BBC.

He returned to the UK in 1997 and and became one of the main presenters on BBC News 24 and Radio5 Live. In 2005 Bill tried his hand at something new and appeared on the third series ofStrictly Come Dancing.

He was partnered with Karen Hardy and suffered an ankle injury in the second week during practice.

At the time he told Breakfast viewers: “We were practising by jumping over boxes and I landed badly. I have been to the doctor and have been given the all-clear to dance.

“It is very painful and I'm not looking forward to limping around but I'm going to go for it”.

Despite the injury Bill and Karen went on to stay in the competition for seven weeks before being eliminated.

In 2018 Bill took part in the Great British Bake Off for Stand Up To Cancer where he opened up about his battle with the disease.

He told viewers: "I was getting pain in my legs and in my hips particularly, and I thought, ‘This is old age’.

“Eventually the pain got so bad I thought I’d better go see my GP. He said, ‘I’m just going to give you a blood test, an MOT if you like, to check a few things out’.

“The next morning he called me and asked me in pretty quickly. And the doctor said, 'it’s fairly clear you have advanced prostate cancer and it's spread to the bone.'

"Now I have to deal with the future or having much less of the future than I thought I'd have…it's a very, very difficult moment."

Bill also became the face of children’s television when he took over narrating Class Dismissed on CBBC. 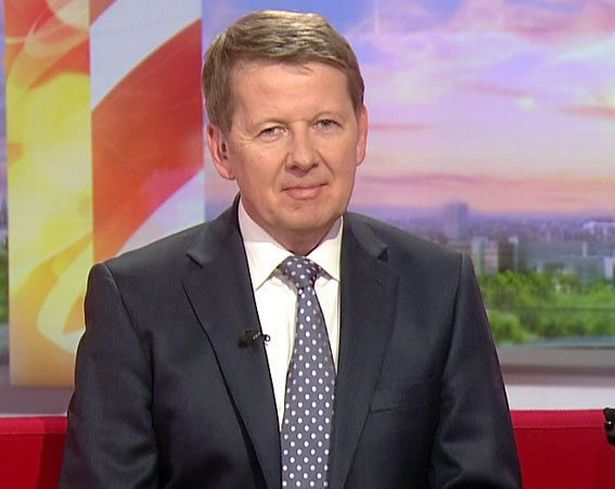 Among his many accolades, Bill also presented Songs of Praise from 2013 and the BBC quiz show Think Tank, as well as having a radio show on Classic FM.

Father of three Billwas described as “resolutely positive” by his family, they added: “It was a great comfort to Bill that so many more men are now testing earlier for this disease.

"Bill was a wonderful husband and father to his three children; his family and friends will miss how he always made them laugh, and the generosity and love he shared with those around him," they said, adding he was a devoted Wycombe Wanderers fan and "an ever-aspiring beekeeper".