When it comes to modeling with her mom, this isn’t Blue Ivy’s first rodeo.

While Blue also posed to tease the Adidas x Ivy Park “Icy Park” line in February, it’s the twins’ first time making an appearance in one of the campaigns.

The teaser video, released on Wednesday, gives a glimpse at styles from the children’s line, which, like Beyoncé’s recently-announced Ivy Park Rodeo collection, is filled with cow prints and Western wear-inspired styles.

Blue – who has been sporting Ivy Park styles since the first drop — looked every bit her mom’s mini-me in the latest promotion, where the pair sported matching cow print leggings and purple sweatshirts.

In another scene, the “Formation” singer, 39, matched with her twins in all-blue outfits, holding Sir while Rumi stood next to her.

Fans were captivated by the mini models, with one tweeting, “Sir and Rumi are identical to Blue Ivy at their age,” while another quipped, “There I fixed it, ‘Ms Blue Ivy has Beyoncé modeling for her IVY PARK Rodeo.’”

“Wow now I need to have kids so I can buy them Ivy Park,” a third commented. 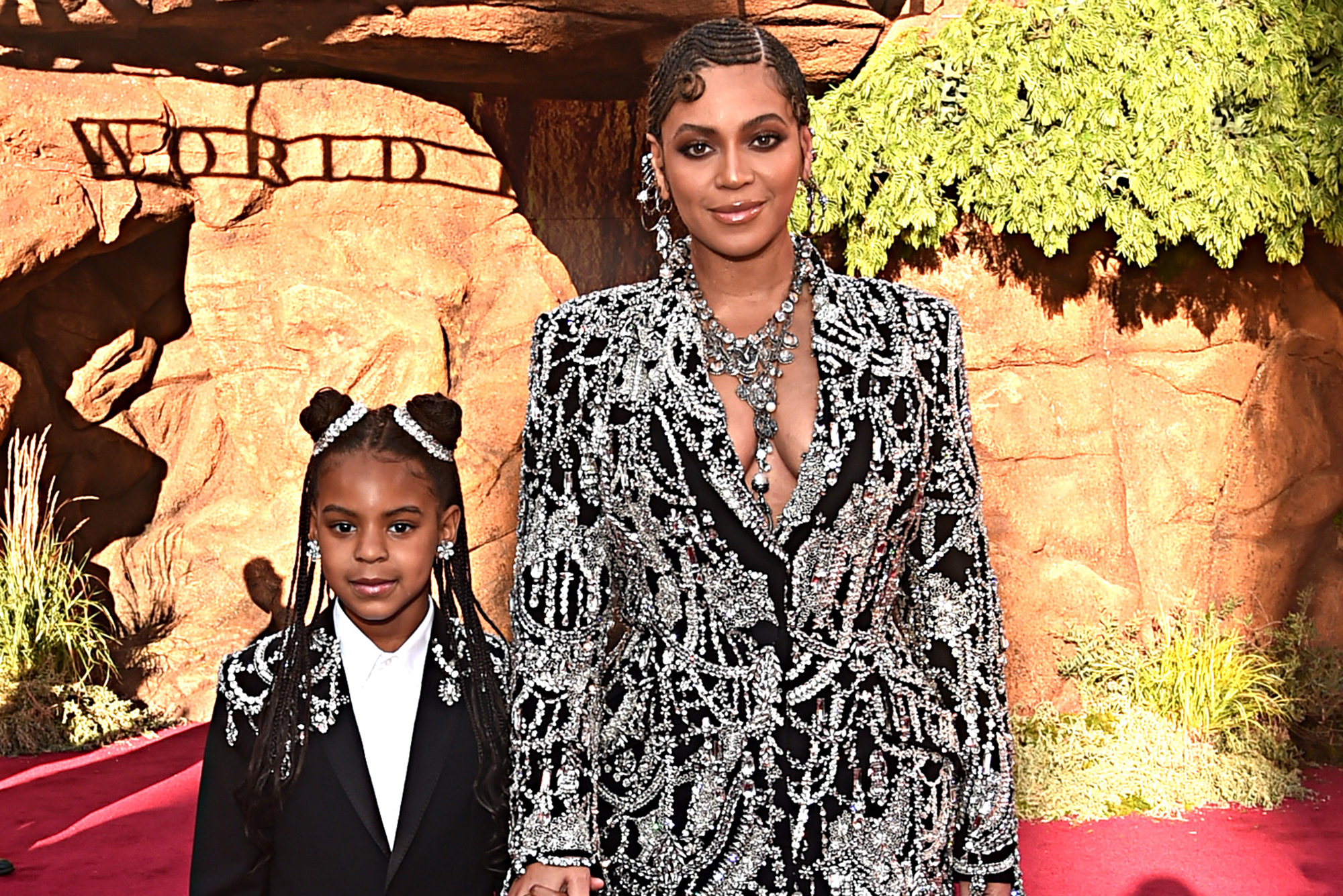 Bey herself revealed the news in her Harper’s Bazaar September cover story earlier this week. “On our family vacations, we love to coordinate our outfits. My kids are usually on set with me for shoots, and we’d find ourselves putting them in extra-extra-smalls so we could match,” she told the magazine. “So, it is a natural progression for IVY PARK to introduce a selection of key silhouettes in children’s sizing.”

Beyoncé’s mom, Tina Knowles-Lawson, spoke with Oprah Daily about the inspiration for her daughter’s new pint-sized line, saying, “The line had been doing custom smaller versions of the clothes for Beyoncé’s three kids.”

“They looked adorable in them, of course, and every time someone sees them, their response is, ‘Where can we get these clothes for our kids?’”

Parents will be able to do just that on August 19, when the children’s apparel collection is set to launch on adidas.com alongside the adult-sized Ivy Park Rodeo line.

And, Blue, Carter, Ivy, Rumi, Sir
You may also like:

Crystal Hefner: Hugh Hefner's Exes 'Wouldn't Be Where They Were' Without Him