Bob Odenkirk confirms he had a ‘small heart attack’

“Better Call Saul” star Bob Odenkirk is once again filming the crime drama, after suffering a heart attack in July.

“Back to work on Better Call Saul! So happy to be here and living this specific life surrounded by such good people,” the 58-year-old actor wrote Wednesday in a tweet that included a photo of him in a makeup chair on the set.

“BTW this is makeup pro Cheri Montesanto making me not ugly for shooting!” he added.

The Emmy Award winner suffered a small heart attack while filming the show in New Mexico.

He was rushed to a hospital after collapsing and later revealed that he had a blockage that was repaired without surgery.

He profusely thanked everyone for the outpouring of support and love.

“Hi. It’s Bob,” he wrote at the time. “Thank you. To my family and friends who have surrounded me this week.”

He continued, “And for the outpouring of love from everyone who expressed concern and care for me. It’s overwhelming. But I feel the love and it means so much.”

Odenkirk added: “I’m going to take a beat to recover but I’ll be back soon.” 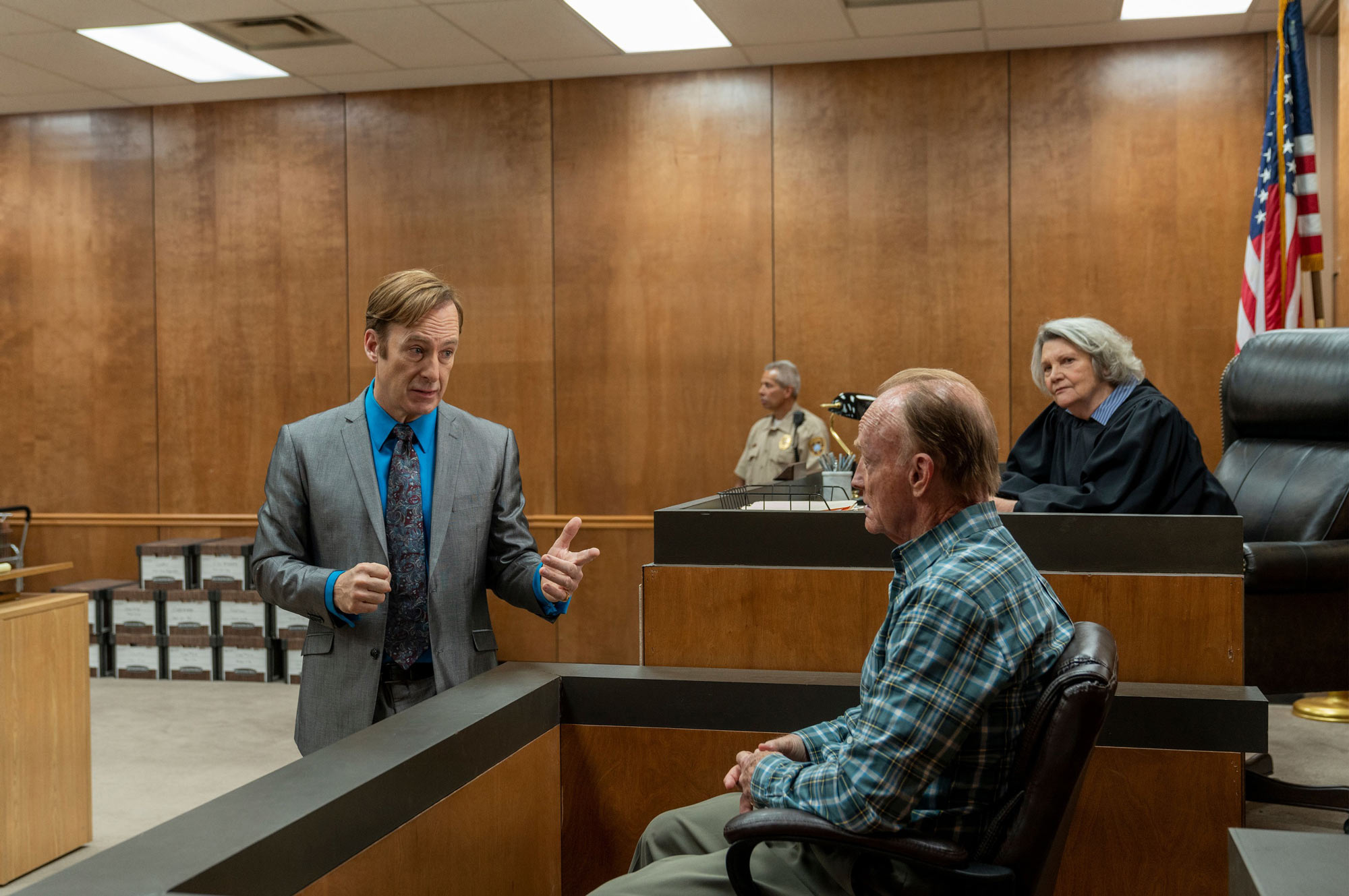 Last month he gave fans a health update tweeting: “I am doing great.”

“I’ve had my very own ‘It’s a wonderful life’ week of people insisting I make the world slightly better,” he added — referencing the Frank Capra classic in which George Bailey sees what the world would be like if he’d never been born. “Wow! Thank you, I love everyone right now but let’s keep expectations reasonable!”

Odenkirk is filming the sixth and final season of the critically acclaimed series “Better Call Saul,” which is a prequel to “Breaking Bad.”

back, Be, Bob, Odenkirk, on
You may also like: