So much love. Bob Saget’s wife, Kelly Rizzo, is in awe of how much support she’s received since his death — especially from John Mayer and Jeff Ross.

The musician, 44, and the comedian, 56, drove to Los Angeles International Airport on Thursday, January 13, to retrieve the late Full House actor’s car, which was still parked there after he traveled to Orlando, Florida, earlier this month.

“No words for how much this meant to me,” the blogger, 42, wrote via her Instagram Story on Thursday after the two men documented their drive back home in Saget’s car via social media. “These two men have been holding me up and taking care of me (along with many other incredible people who loved my husband more than anything).”

Saget was pronounced dead on Sunday, January 9, after he was found unresponsive in his Florida hotel room. He was 65. 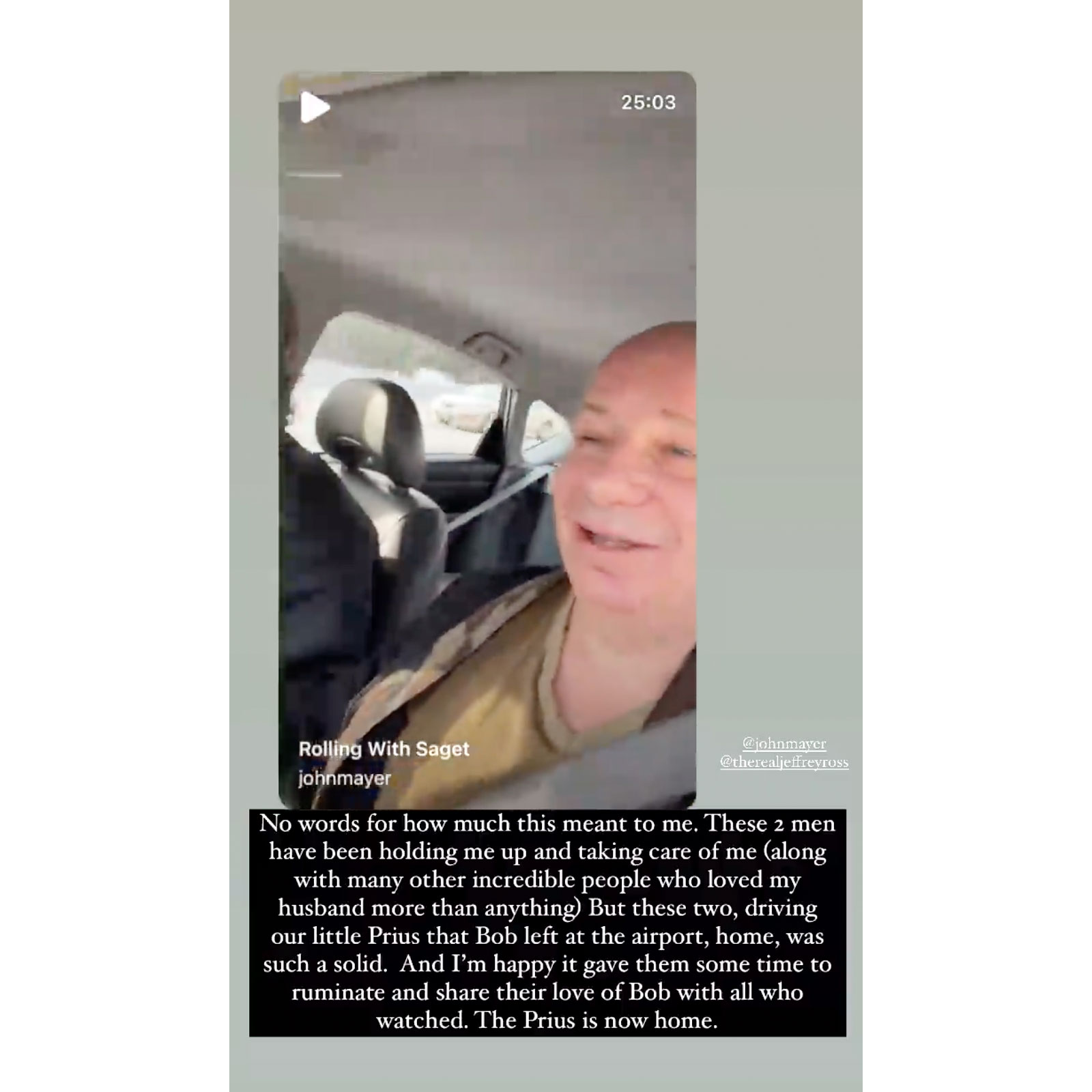 The Eat Travel Rock Productions founder noted on Thursday that she felt grateful for those who have rallied around her in the wake of her less, especially Mayer and Ross. “These two, driving our little Prius that Bob left at the airport, home, was such a solid,” she wrote.

Rizzo added that she’s “happy” the task allowed Saget’s friends to “ruminate and share their love of Bob” with all the fans who watched their Instagram Live, revealing that his Prius is “now home.”

Hours earlier, Mayer and Ross reflected on some of their favorite memories of the former America’s Funniest Home Videos host while en route from the airport in his vehicle.

“I’ve never known a human being on this earth who could give that much love, individually and completely, to that many people in a way that made each person feel like he was a main character in their life and they were a main character in his life,” the “Gravity” singer said from behind the wheel during the duo’s 25-minute livestream.

While holding back tears, Mayer continued, “The thing that just keeps coming up when people say they’re sorry is just, ‘I loved that guy.’ It’s like music to be able to say that. ‘I loved that guy.’ … He had every excuse under the sun to be cynical, to be upset, to be distrusting. … But he laughed and he spread joy and his protest against the cruelty of these things was that he was going to smile, and spread love, and be childlike, and be innocent and be loving.”

Ross remembered Saget taking care of everybody, explaining, “If you need a doctor, if you need a lawyer, if you need a pastrami sandwich at three in the morning because some girl just broke your heart, Bob was that guy. He knew how to handle success and help people stay successful. He always gave me great advice.” 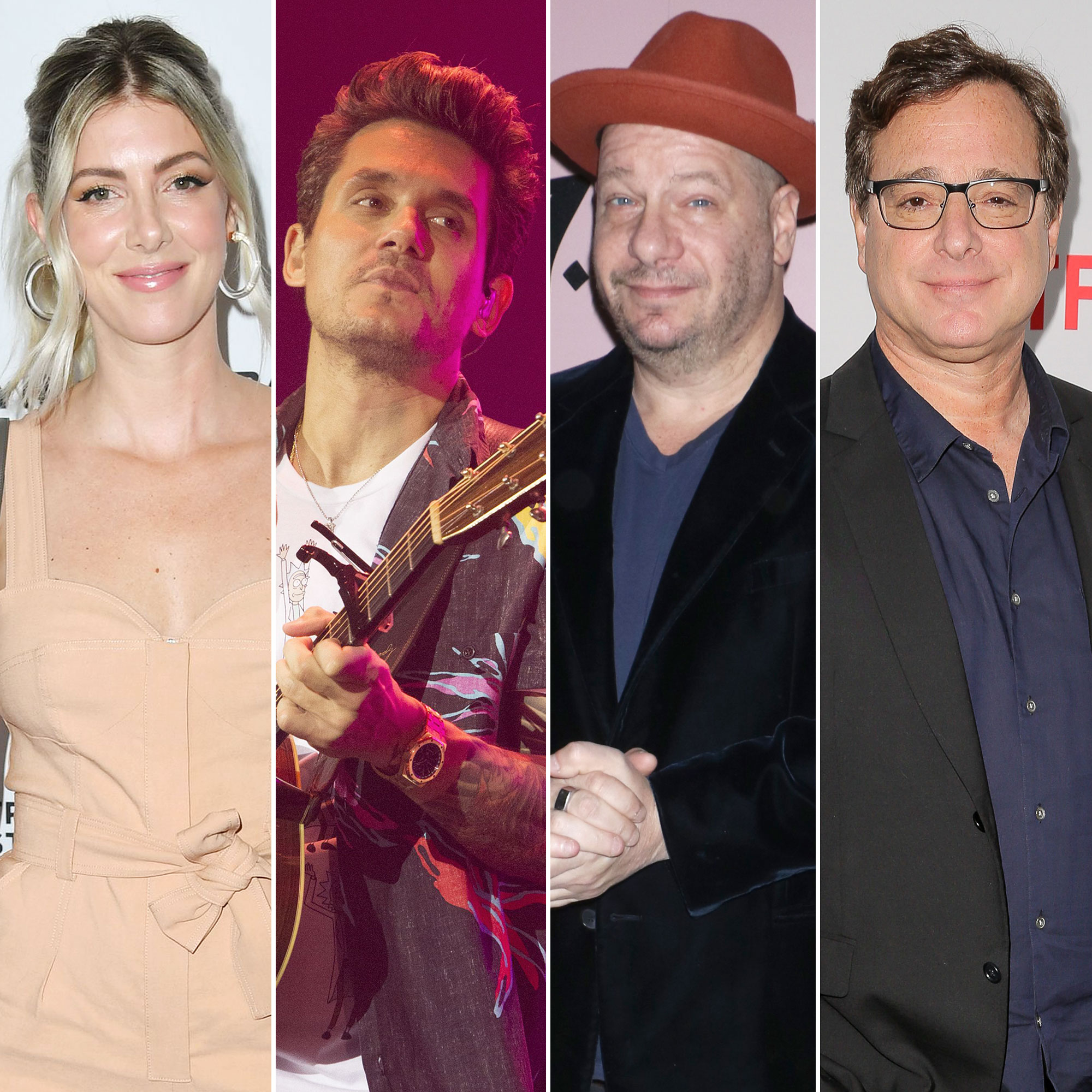 The pair’s trip down memory lane is only the latest in a long string of tributes to the Pennsylvania native, who left a mark on his friends, former costars and fans. To many, he will always be remembered as TV dad Danny Tanner from his time on Full House and its Netflix revival, Fuller House, which ended in 2020.

“Oh, Bob. Why’d you have to leave us so soon? We are all family, but you were the glue. The sticky, messy, squishy, sweet, lovable glue,” Candace Cameron Bure, who played Saget’s TV daughter D.J. Tanner for more than a decade, wrote via Instagram on Tuesday, January 11. “We’ve always been so deeply connected since the day we met when I was 10 years old.”

The California native, 45, revealed she wished she got “one more hug,” adding, “I want one more text that says, ‘Oh, btw, it’s me Bob’ after a long rant. I want one more laugh. I want to roll my eyes at you one more time.”

Saget is survived by Rizzo, whom he married in October 2018, and his three daughters, Aubrey, Lara and Jennifer. The late star shared his children with ex-wife Sherri Kramer, from whom he split in 1997 after 15 years of marriage.

Rizzo previously addressed her great loss in a statement to Us Weekly on Monday, January 10, calling her late husband her “absolute everything.”

The Chicago native continued: “I am so completely shattered and in disbelief. I am so deeply touched by the outpouring of love and tribute from our friends, family, his fans and his peers.”