Does your partner ALWAYS have to take centre stage? Body language expert reveals six signs your dating a narcissist

A body language expert has revealed the top six signs you are dating a narcissist – and it has nothing to do with how often they gaze at their reflection in the mirror.

Speaking to FEMAIL Dr Louise Mahler while selfie culture and being obsessed with ones appearance may appear narcissistic it’s actually nothing to worry about.

The body language expert says true narcissists don’t simply love themselves – they love a grandiose version of themselves which is much different to reality.

‘The love of their inflated self-image allows them to avoid deep feelings of insecurity,’ Dr Mahler said. 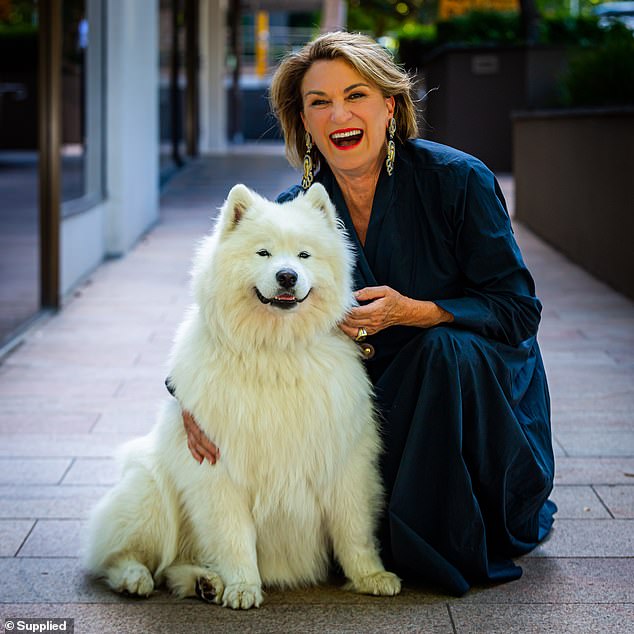 While relationship expert Dr Lurve explained the narcissistic behaviours revealed by Dr Mahler should be seen as red and pink flags early on.

Dr Mahler says narcissists tend to have exaggerated or overly dramatic facial expressions, but it can be hard to spot which is why it is important to understand their key traits.

‘When it comes to smiling, a narcissist’s smile never truly reaches their eyes,’ she said.

She added that this is concerning because Australian’s inherently ‘trust a smile’.

‘SmileDirectClub research shows that nearly 50% of Aussies find that people who smile appear warm, and 60% find those who smile are more welcoming. Using warm and welcoming behaviours like smiling can in turn cause them to be able to take advantage of their partners more easily, especially if their words don’t line up with their expressions,’ she said.

Dr Mahler explained narcissists believe they are unique or ‘special’ and can only be understood by other special people.

Narcissists have a grandiose sense of self-importance

‘They only want to associate and be associated with other high-status people, places, and things and are too good for anything average or ordinary,’ she said.

‘Many narcissists also display strong signs of superiority over others, coming across as being the only one who is capable of being right.’

It is important not to argue with a narcissist, according to Dr Mahler, who says it will always turn unpleasant because they ‘can’t be wrong’.

Narcissists believe that they’re better than everyone else and expect recognition, according to the expert and always want to be centre stage.

‘They will often exaggerate or outright lie about their achievements and talents,’ she said.

‘When they talk about work or relationships, all you’ll hear is how much they contribute, how great they are, and how lucky the people in their lives are to have them. 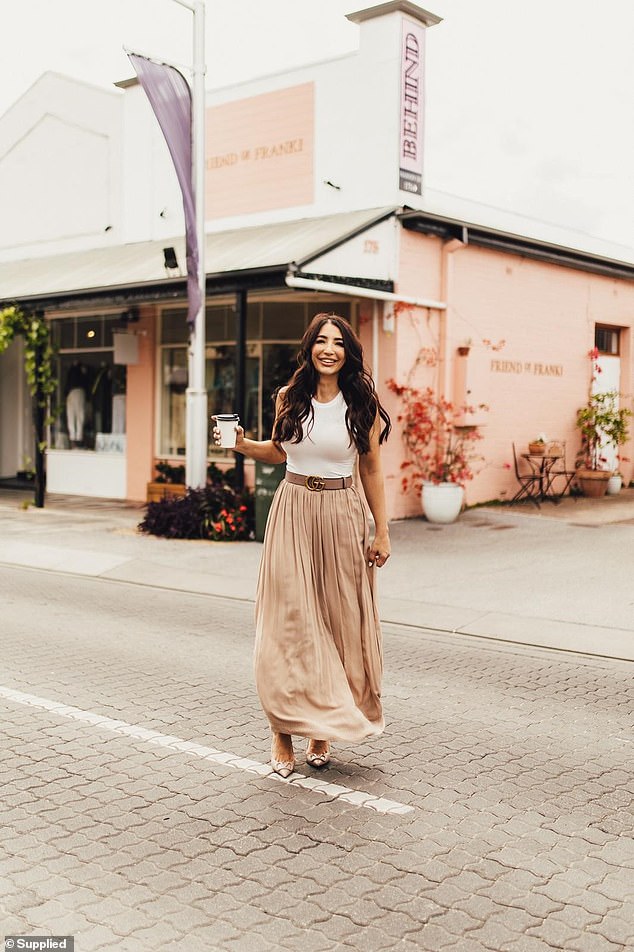 Dr Lurve, pictured, warns many narcissistic behaviours are red flags – and cautions letting them slide early in a relationship

‘Anything that threatens to burst the fantasy bubble, is met with extreme defensiveness and even rage, so those around the narcissist learn to tread carefully around their denial of reality.’

She said people who ‘find themselves in the shadow’ of a narcissist need to focus on their own dreams.

‘Instead of losing yourself in the narcissist’s delusions, focus on the things you want for yourself,’ she said.

Narcissists turn the blame to others

Dr Mahler says while blame is a classic response posed by people ‘in the building industry’ people who are narcissists take it a step further.

‘If you ask a builder why a job is not moving more quickly you will swiftly learn that it is your fault for not ordering the material or not paying the deposit on time,’ she said.

adding that this is a learnt behaviour within a cultural group.

It becomes especially dangerous when knocked up a notch.

‘Staying true to what you believe in and having the courage to stand up for yourself to a narcissist will unfortunately not change their perception but will keep you feeling sure of yourself in these situations.’

Narcissists are extremely resistant to changing their behaviour, even when it’s causing them problems

Narcissists can be demanding, make a decision and will drive through the decision irrespective of the repercussions – especially on their partner, she explained.

‘Because they consider themselves special, narcissists truly believe that whatever they want, they should get, she said.

‘So, if you are with a narcissist, you have to ask yourself is this the right choice for you. It’s important to remember that narcissists aren’t looking for partners; they’re looking for obedient admirers.’

Exploit others without guilt or shame

‘Narcissists view the people in their lives as objects—there to serve their needs,’ Dr Mahler said.

‘Consequently, they don’t think twice about taking advantage of others to achieve their own ends.’ 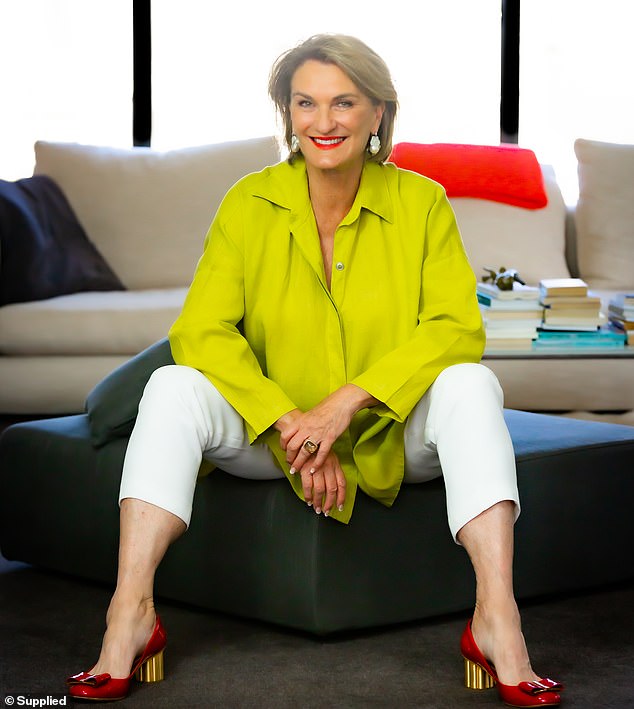 Dr Mahler said narcissists don’t think about how their actions impact others, because they believe they are the only important person in the room

She said this is sometimes malicious – but more often than not they don’t actually realise they are doing it.

‘Narcissists simply don’t think about how their behaviour affects others.’

‘Narcissists feel threatened whenever they are challenged in any way,’ she said.

‘Their defence mechanism is contempt and they put people down. They may do it in a patronising or dismissive way, or they may go on the attack with insults and snide remarks.

‘The problem is that this feeds into our own insecurities, which we don’t recognise easily and can take as normal behaviour. So, look at the way the narcissist treats others. If the narcissist lies, manipulates, hurts, and disrespects others, he or she may be treating you the same way,’ she said.

Dr Mahler says while it is possible to stay in a relationship with a narcissist it ‘isn’t easy’ and you have to ‘be honest with yourself’.

‘A narcissist isn’t going to change into someone who truly values you, so if you decide to stay, you’ll need to look elsewhere for emotional support and personal fulfilment,’ she said.

Red flags are the most common when we discuss dating, because we are drawn to the stand-out and negatively connected behaviours that we see in potential partners. 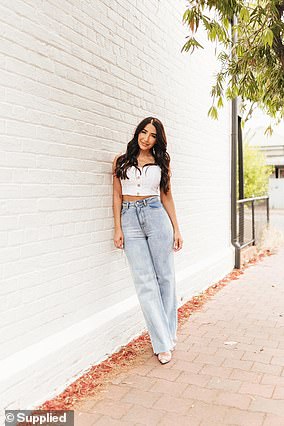 Common red flags include over-controlling behaviour, insecurities in themselves and low self-esteem, any type of abuse including substance abuse, co-dependency and narcissistic traits, or having a lack of trust.

Be sure to watch out for behaviour where your date doesn’t communicate well. This can include being unclear on times and places, being insensitive to your needs and feelings, and those who dwell on past relationships or those who can’t stop talking about their exes.

Other common red flags can be when your date is rude to a waiter or staff, obsessed with their self-image, have overreactions to normal situations, or love-bombing (influencing someone with extreme attention and affection).

A new kid on the block in the coloured flag theory, pink flags are about identifying certain traits or values your partner has that may bother you in future – something that can potentially turn into a red flag or turn-off.

It can be something to do with having different political standpoints, moral beliefs, differing opinions on things that matter to you and what you want in the future.

Common pink flags include not having the same 10-year plan, such as wanting kids, travelling, moving, or career focuses.

We see often is a couple where one person wants kids and the other doesn’t, they stay in the relationship both thinking the other person will eventually change their mind.

Another pink flag to watch out for is differing love languages and ways of communicating – if these aren’t identified in an early stage of the relationship, this might turn into a red flag without you noticing, until it becomes a deal-breaker too hard to ignore.

Generally, the dating narrative is all about the what-not-to-do’s and who-to-avoid warning signs, but we rarely get to focus on what signs we should look out for as positive and all-systems-go.

Something that I believe should be a standard in every relationship is mutual trust and respect, because without those green flags you’re in for a toxic and bumpy ride.

Having clear boundaries and letting each other be individuals is an important green flag too, because a healthy relationship is just two individuals choosing to live life together and still enjoying their own autonomy.

Body language green flags may not seem as easy to identify, but they are just as important and can be key if you know what to look for.

Keep an eye out for those cheeky smiles, research from SmileDirectClub suggests over 30% of Aussies find that the most attractive feature of the face is their smile. Perceiving cool and calm confidence in a potential partner, especially if they smile a lot around you, is an immediate green flag.

Another green flag is taking the time to get to know each other and respecting each other’s interests.

Plus, the communication levels mean you are able to be honest and transparent with each other even during tough times. Both partners are making time for each other, as well as being sexually connected and attentive to each other’s needs; these green flags are so underrated.

Vin Diesel Pays Tribute to Paul Walker 9 Years After His Death: 'Miss You'