Sydney’s two great obsessions, property and sport, have come together in a distinctly designer fashion with the listing of the Rose Bay home of Swans star Lance “Buddy” Franklin and his wife, former beauty queen-turned-fashion influencer Jesinta.

The couple – and their Rose Bay home – had been the subject of intense speculation given rumours they were moving to the Gold Coast, before the legendary forward re-signed with the Sydney Swans for another year. 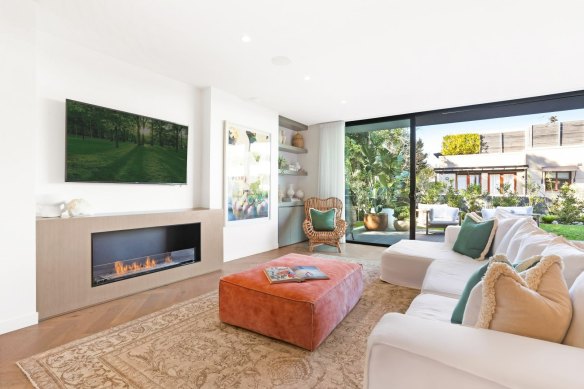 The Carlisle garden apartment of Buddy and Jesinta Franklin is on the market for $5 million to $5.5 million.

The couple purchased the four-bedroom apartment off-the-plan in late 2020 for $5 million, having sold their former semi around the corner for $3.8 million.

Their garden apartment in The Carlisle was designed by the MHN Design Union architectural firm and includes a parents’ bedroom with walk-in wardrobe and en suite, and a fourth bedroom converted into a home cinema. 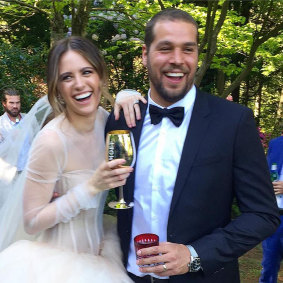 Jesinta and Lance ‘Buddy’ Franklin tied the knot in a private ceremony with family and friends in 2016.Credit:

Franklin, a proud Indigenous sportsman, and his wife, an ambassador for Seafolly, are expected to upgrade to a family home with more space for their young children, given inquiries on homes in the $10 million range.

Jesinta, who has 373,000 followers on Instagram, has been a savvy property investor since she was a teenager. In 2012, two years after she was crowned Miss Universe Australia, she bought a garden apartment in Mosman for $605,000.

Having maintained the two-bedroom apartment off Mosman’s busy Spit Road as a rental throughout the nine years she owned it, she sold it late last year for $1,005,000, representing a rise in value of 66 per cent. 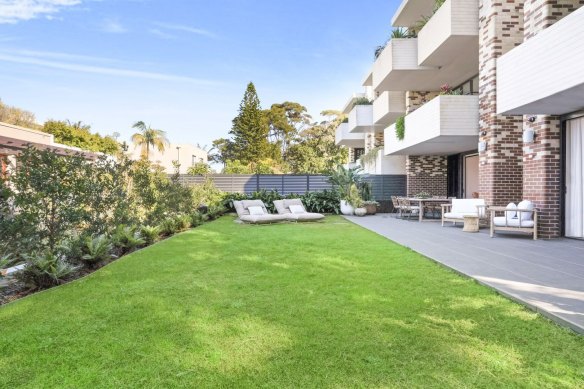 The four-bedroom, garden apartment is in an MHN Design Union-designed block in Rose Bay.

The Franklins’ Rose Bay home comes with more subdued price expectations. Paul Biller, of his eponymous agency, has a guide of $5 million to $5.5 million.