“This just made me cry,” Philipps said of the news.

On Thursday, writer-producer Gloria Calderón Kellett took to social media to announce that Birdie, 12, — who prefers they/them pronouns — will star in her upcoming Amazon romantic dramedy series, “With Love.” 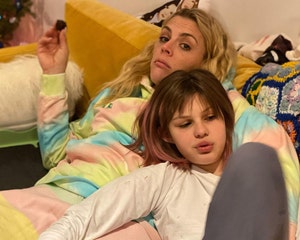 According to a graphic Calderón Kellett posted, Birdie has been cast “in [an] non-binary recurring role” in the series.

“More casting news. I first met Birdie when they were a baby. It is thrilling that I now get to have them on my little show,” Calderón Kellett wrote alongside the graphic.

Philipps, 42, reacted to the news on social media.

“This just made me cry,” she wrote, reposting Calderón Kellett’s tweet.

Meanwhile, Philipps also spoke about the “amazing news” on Instagram and opened up about her personal connection to Calderón Kellett.

“I am SO proud of this kid!” she began in the post’s lengthy caption. “Ok. I have a small story about me in regards to the amazing news in this post. Birdie says I make everything about me and you know what I say?? ‘AS MY MOTHER DID AND AS HER MOTHER DID BEFORE HER AND SO ON..'”

“So anyway. When I was 17, I flew alone to Los Angeles to audition for CalArts and visit Loyola Marymount University, where several friends of mine from high school were already attending,” Philipps wrote. “That part is in my book. What ISN’T in my book was that I spent a great deal of my time visiting LMU hearing about one @gloriakellett (at the time Calderón).”

The actress said Calderón Kellett was “already a legend at the school.”

“One of my friends had a hopeless crush on her,” Philipps recalled. “I actually remember at one point being weirdly jealous of how Gloria was described — I wasn’t into the dude but ummm…The MOST talented person you’ve ever met? And the kindest? And sparkliest? Oh. Okay.😐. But ANY feelings of envy quickly dissipated as soon as I met Gloria. She actually *was* all of those things my friend had described.”

The “Cougar Town” star added that she saw all of the “incredible things” Calderón Kellett did after she graduated and “was always impressed but never surprised.” Philipps also noted that she and another celebrity LMU alumnus, Linda Cardellini, once went to see one of Calderón Kellett’s plays.

The podcast host went on to add: “A few years ago, after Birdie came out to us, they excitedly told me and Marc about bingeing a new show ‘One Day At A Time’ and how not ONLY was there a kid like them as A MAIN CHARACTER, but also THE show WAS GETTING IT RIGHT.”

“As soon as I googled it, I thought, ‘well- of COURSE it’s Gloria’s show. This could only be made by the most talented, kindest and THE sparkliest person around.’ Because I knew Glo to be a human that fundamentally understands that representation of all kinds matters. But making sure that it’s not an afterthought and actually getting it right might matter even more. ✨Especially✨ to young people.”

Birdie’s role in Calderón Kellett’s new series marks her first major acting role — and Philipps couldn’t be happier that her child will be starring in it. 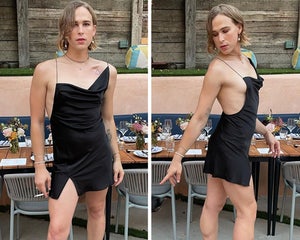 “I’m BEYOND thrilled that Gloria’s new show will be Birdie’s first professional acting job(not given to them on ‘Cougartown’😂),” Philipps concluded in her Instagram post. “I know Birdie will be taken care of and get to be a part of a show that comes from someone who not only has known Birdie since they were a baby, but also someone I’ve admired since I was basically one.❤️❤️”

Philipps — who also shares 8-year-old child Cricket with her husband Marc Silverstein — shared on an episode of her podcast, “Busy Philipps Is Doing Her Best,” back in December that Birdie is gay and prefers they/them pronouns. The “Freaks and Geeks” star said that Birdie came out to her and her husband when they were 10.

Philipps also admitted at the time that she was “doing a bad job with the pronouns,” but said she’s “trying [her] best.”

Philipps added that Birdie gave her permission to speak about them on the podcast.

“I have this public persona and I want Birdie to be in control of their own narrative and not have to answer to anybody outside of our friends and family if they don’t want to,” she explained. “Bird was like, ‘I don’t give a f–k. You can talk about that I’m gay and out; you can talk about my pronouns. That would be cool with me. That’s great.’ It’s been wild.”