Follow
Home » Lifestyle » Call of the coast: Homes by the sea have never been more popular

Call of the coast: Homes by the sea have never been more popular

Call of the coast: Warmer summers mean homes by the sea have never been more popular… or pricier

When the temperature touched 40c in the recent heatwave, who didn’t fantasise about escaping to a coastal bolthole?

Ideally, you’d be far from the crowds, with a cooling breeze blowing off a deep blue sea.

The only problem is that these dreams don’t come cheap. For example, between Hastings and Rye, perched halfway up the cliffs above the swimming beach at Cliff End, there’s a property known as Napenthe — and it’s currently under offer through the agents Phillips and Stubbs, (phillipsandstubbs.co.uk) for £1.3 million.

Mind you, Napenthe is not your average seaside property. It’s more of a luxury cabin, with sliding double-glazed doors, electric blinds and underfloor heating. 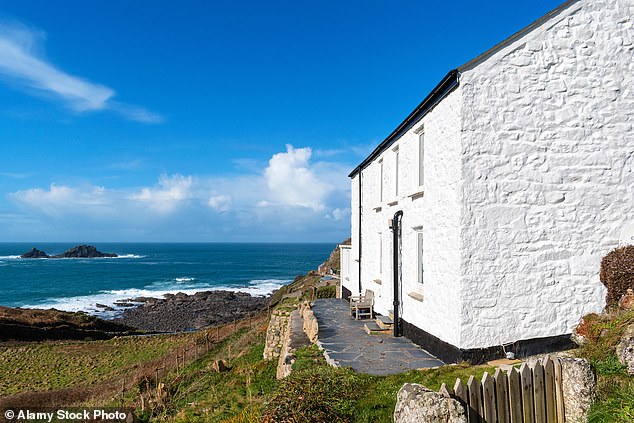 Beside the seaside: A home in Cornwall overlooking the Atlantic. After Britain’s heatwave summer, seaside properties are in high demand

The Mecca for cliff-top solitude, however, is Cornwall. ‘The problem is that when these homes pop up there is a bun fight,’ says Jo Ashby at John Bray estate agents. ‘One of these standalone properties is likely to demand as much as a 100 per cent premium over its counterpart inland.’

Jo references The Beach Hut, between Bude and Boscastle, probably the most charming home to be sold in Cornwall last year. Built in 1929 as a tea room, in the 1980s this magnificent cabin was converted into the last word in seaside chic.

Its open-plan main room has stripped wooden floors, exposed stone walls and a log-burning stove, and leads out onto a veranda overlooking the sea.

As an extra enticement, The Beach Hut has its own mile and a half of beach, making it a dramatic backdrop for films and photographic shoots.

It has hosted, among others, Demi Moore and Kate Winslet, who stayed a few nights after a Vanity Fair photoshoot. John Bray sold The Beach Hut for over £1.75 million.

Slightly cheaper — but no less interesting — is an attractive contemporary arts and crafts style house within easy walking distance of Constantine Bay, near Padstow.

Close to Trevose Golf Club, it has four bedrooms, three bathrooms and views of the Atlantic from the first floor. It is on the market with Jackson-Stops for offers in excess of £1.5 million.

In Yorkshire there are two premium hotspots — Sandsend near Whitby and Runswick Bay. A typical fisherman’s cottage is currently for sale in Sandsend for £800,000 (blenkinandco.com). The agents justify the price by pointing out the cottage is located right on the beach.

Although seaside boltholes can be eye-wateringly expensive, canny buyers may find something more easily affordable if they are prepared to wield a paintbrush.

With three bedrooms and sea views from the garden, it undoubtedly needs updating but on the plus side it is only a short walk from the gorgeous Mewslade Bay. Price: £399,999 (astleys.net).

Scotland has some of the most beautiful coastline in the UK.

‘The pricier spots are along the west coast at places like Applecross, Tobermory and Portree,’ says Hamish Spencer-Nairn at Strutt and Parker in Perth. ‘The south-west and north-east coasts offer better value.’

Living in beachside seclusion can have drawbacks. Coastal erosion may be an issue; security may be a worry when the house is unoccupied; winter storms can mean frequent maintenance problems.

Yet demand for these homes remains strong. ‘Everyone dreams of finding that one-off house on the beach or the cliffs that nobody else has noticed,’ says Jo Ashby. ‘Unfortunately, as they say in Cornwall, ‘They’re not making any more of them.’

On the market… and on the water 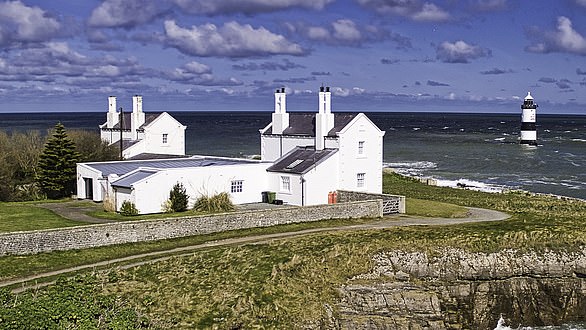 Anglesey: Number 2 Lighthouse Cottages overlooks the Menai Strait. There are for bedrooms and the property is Grade II Listed. Jackson-stops.co.uk, 01244 328 361. £1.7m 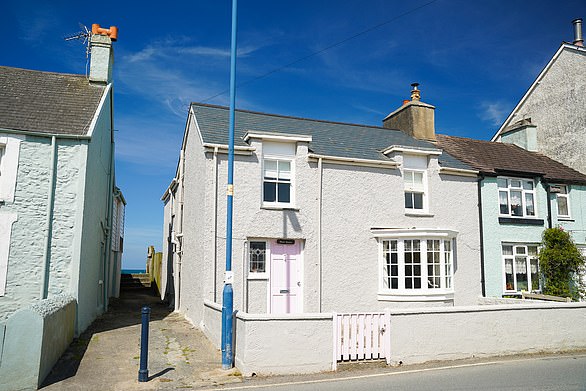 Ceredigion: This three-bedroom cottage in Borth has a garden that backs onto the beach and stunning sea views from a first-floor sitting room. Fineandcountry.com, 01974 299 055. £350,000 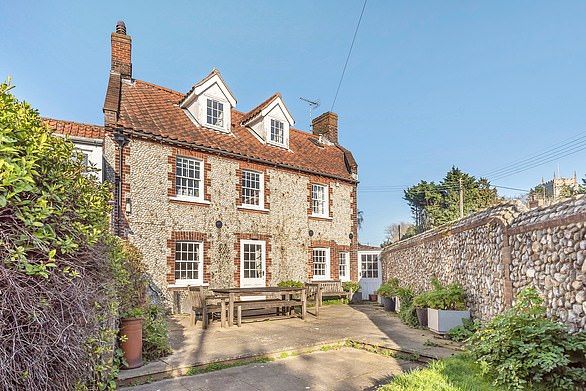