"I feel like there was just one thing after another and I was just extremely overwhelmed with everything going on."

Cassie Randolph has nothing but well wishes for ex Colton Underwood.

During an appearance on the “Ben and Ashley I Almost Famous Podcast,” the “Bachelor” alum revealed how she felt when Underwood came out as gay.

“I feel like this is a very loaded question,” the 27-year-old began. “I’m very happy that he is, you know, at peace with himself and not carrying that burden anymore, of course. It was a very just overall hard time for me, so I feel like there was just one thing after another and I was just extremely overwhelmed with everything going on.” 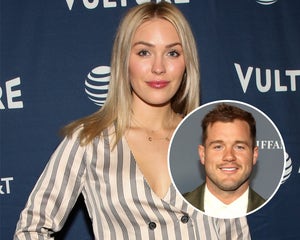 Back in March, Randolph appeared on the “Off the Vine with Kaitlyn Bristowe” podcast, where she opened up about the moment she learned her former beau had come out.

She claimed Underwood had not told her before coming out on Good Morning America, “I found out the same way that everyone else did.”

“I was actually in Mexico on vacation with friends, which was great to be away, but yeah I found out through Snapchat on ‘GMA.’ It was horrible,” she recalled. “It was just a shocking kind of thing.”

Cassie added, “It’s such a hard thing too when everything is so in your face. I think that’s why I took a step back for so long because I just didn’t want everything to be so in my face. It was a healthy break.” 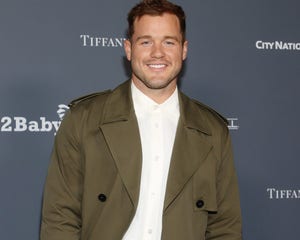 Colton Underwood Says He's 'Born To Be a Dad', Wants Kids With Fiancé

At the time, the reality star admitted that the topic was still a sore subject to talk about.

“I haven’t talked about it, so it’s really hard for me to talk about it at all or even know the right thing to say when addressing it,” she said. “I just feel so much pressure, I think, when asked about it that I would love to be able to be open and candid about things, but I’m just not there yet. I’m sure I will one day want to speak on it because there’s just a lot there.”

The former couple met during Colton’s season of “The Bachelor” back in 2019. Underwood and Randolph hit it off immediately, but Cassie ultimately left the show after her father wouldn’t give Colton his blessing for marriage. The pair eventually reconciled after the show until they announced their split back in May 2020. That same year Cassie filed a temporary restraining order against Colton due to alleged harassment and stalking. The order was dropped nearly two months later.