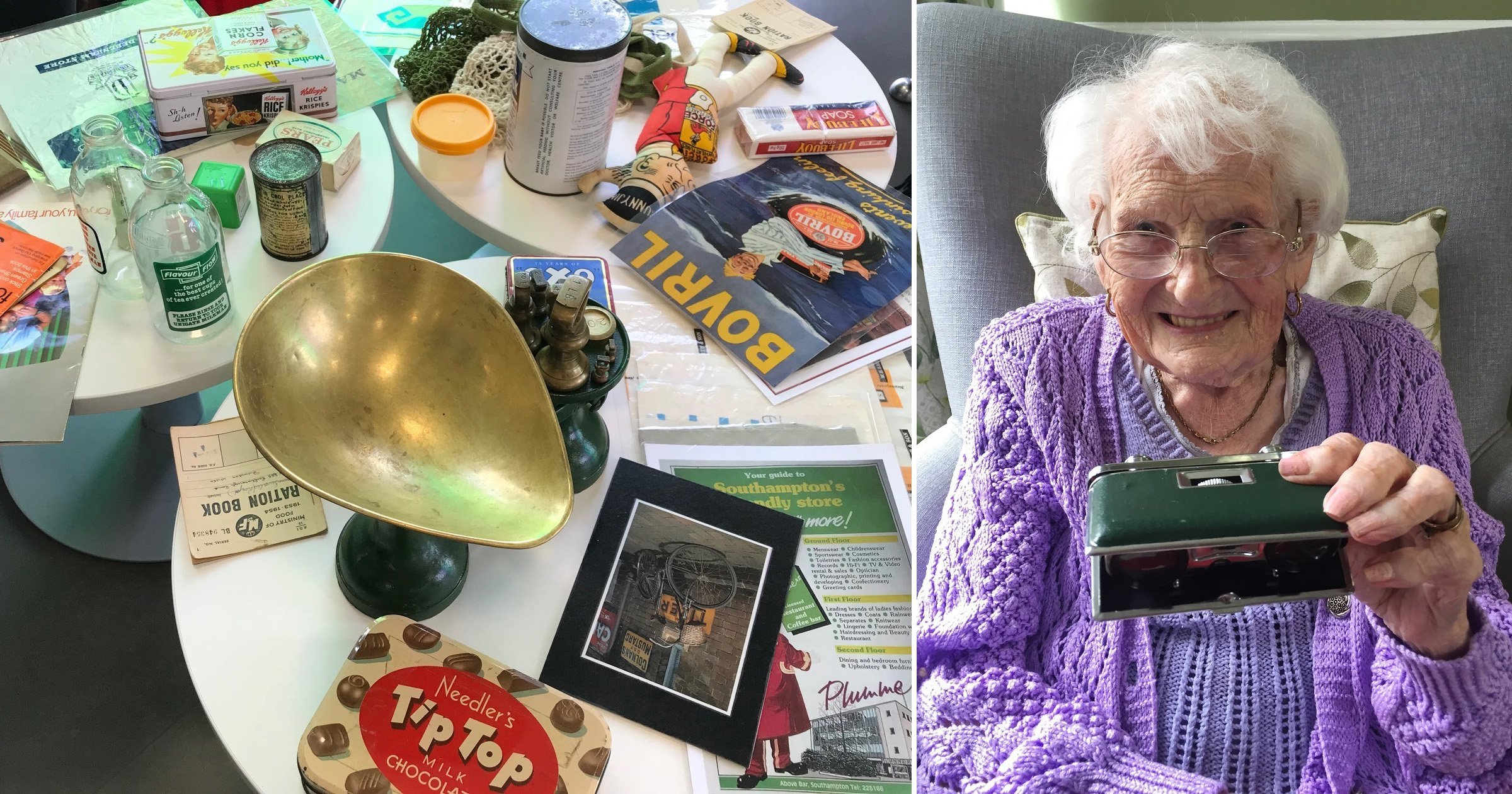 A charity that creates memory boxes to support individuals with dementia may soon have to shut up shop, as it enters its final few months of funding.

These include objects relating to home and garden, sport, animals, going out and more.

The project, which was initially backed by the National Lottery Community Fund, was set up by the Wessex Heritage Trust in Hampshire in 2016.

Around 35 boxes are loaned out monthly to private homes, libraries and care homes – and the cooking, childhood, seaside and holiday packages have proved to be the most popular.

Catherine West, head of charity services for the trust, says: ‘With dementia of course, you lose your most recent memories first and you go further and further back in time.

‘I think the cookery box reminds them of maybe when they were a young adult and setting out with their own family, or it might take them all the way back to childhood.’

To create the special boxes, the charity uses objects from its archives as well as donations from the public, Hampshire Cultural Trust and independent museums.

The team then supplement these packages with second-hand items bought online or at auctions.

During the pandemic, Memory Box Project was able to operate online – as funding enabled the charity to buy 30 tablets for people in care homes.

The team then held virtual sessions – which proved to be very successful.

Catherine adds: ‘I was running a session for a lady whose cognition was there, but she had lost her speech and at one point, I showed her a 10 shilling note and she put her hand out to the tablet and tried to pick it up.

‘She was very, very animated and I found that so rewarding to think that I’d made that connection with somebody.

‘Those facial expressions were worth a million pounds to me.’

But with funding only in place until February 2022, the future of the project remains uncertain.

Catherine says: ‘At this moment of time, we don’t know what’s going to happen to it.

‘We will leave some sort of legacy, whether it is another charity takes on the project and runs it or we have a benefactor that will step in and say I want to fund that.

‘It will be lovely if someone stepped up, but we are now in our final six months.’