dancing with the stars

Cheryl Burke is trying her best to survive Season 30 of “Dancing With the Stars.”

The pro dancer has faced countless challenges this season after she and her celebrity partner, Cody Rigsby, both tested positive for COVID-19, forcing them to temporarily train and compete from separate homes over Zoom.

In an exclusive new interview with Page Six, Burke candidly addressed her and Rigsby’s experience in the competition thus far, including the arguably harsh feedback and scores they’ve received from judges Carrie Ann Inaba, Len Goodman, Derek Hough and Bruno Tonioli amid their recovery.

“It’s at a TV show, right? But it’s a TV show that we work our asses off on. Like, this is no joke,” Burke, 37, exclaimed. “I compare this show to ‘Survivor.’ I’ve never done ‘Survivor,’ but I can only imagine. Like, it’s seven days a week, except we’ve got obviously the perks of having water and food. But really, it is full-on, and you’re trying to force your body to do things that, first of all, most contestants have never done before.”

As for the judges, Burke believes they’re “trying to make good TV” but also trying to judge everyone “on an even playing field,” as some of the contestants this season have prior dance experience. 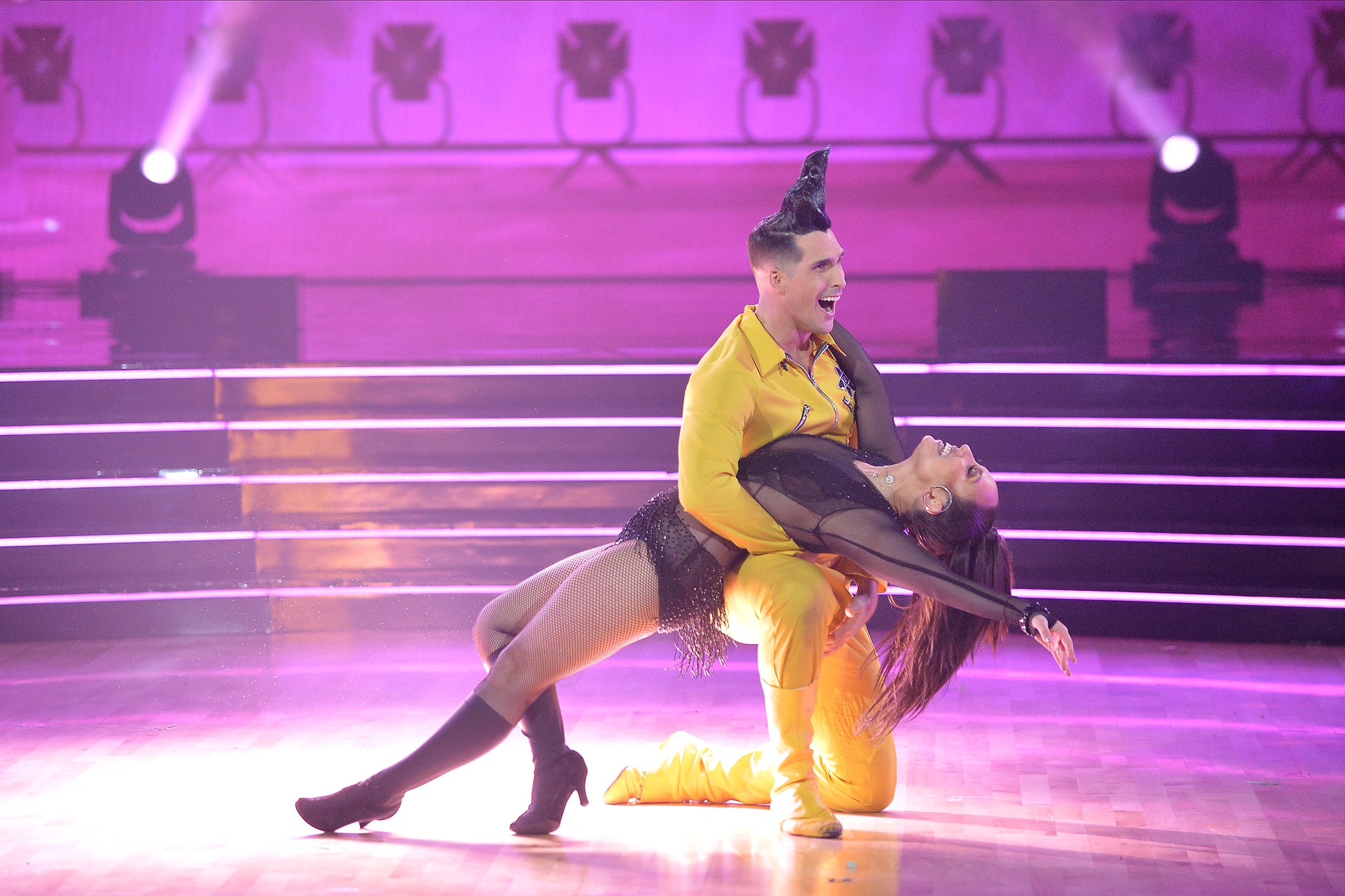 Rigsby, 34, is one of them. The Peloton instructor previously performed as a background dancer for stars like Katy Perry and Nicki Minaj, but he isn’t formally trained in ballroom.

“It’s really hard to have someone come on with dance experience because it’s harder to untrain the brain than it is to teach the brain new things,” Burke explained. “I say to Cody, ‘If you feel comfortable, you’re doing it wrong.’ Because your body memorizes the muscle memory right?

“What we do to our bodies [as ballroom dancers] … we are just moving it in places that shouldn’t be moved,” she continued. “It’s all about opposition, right? So if your hips are going right, your upper body’s gotta go left, and it just looks and feels weird.”

For that reason, Burke said, “I say the judges should cool it a little bit. If you look at the science of how your brain works, it’s a lot harder to untrain the brain.” 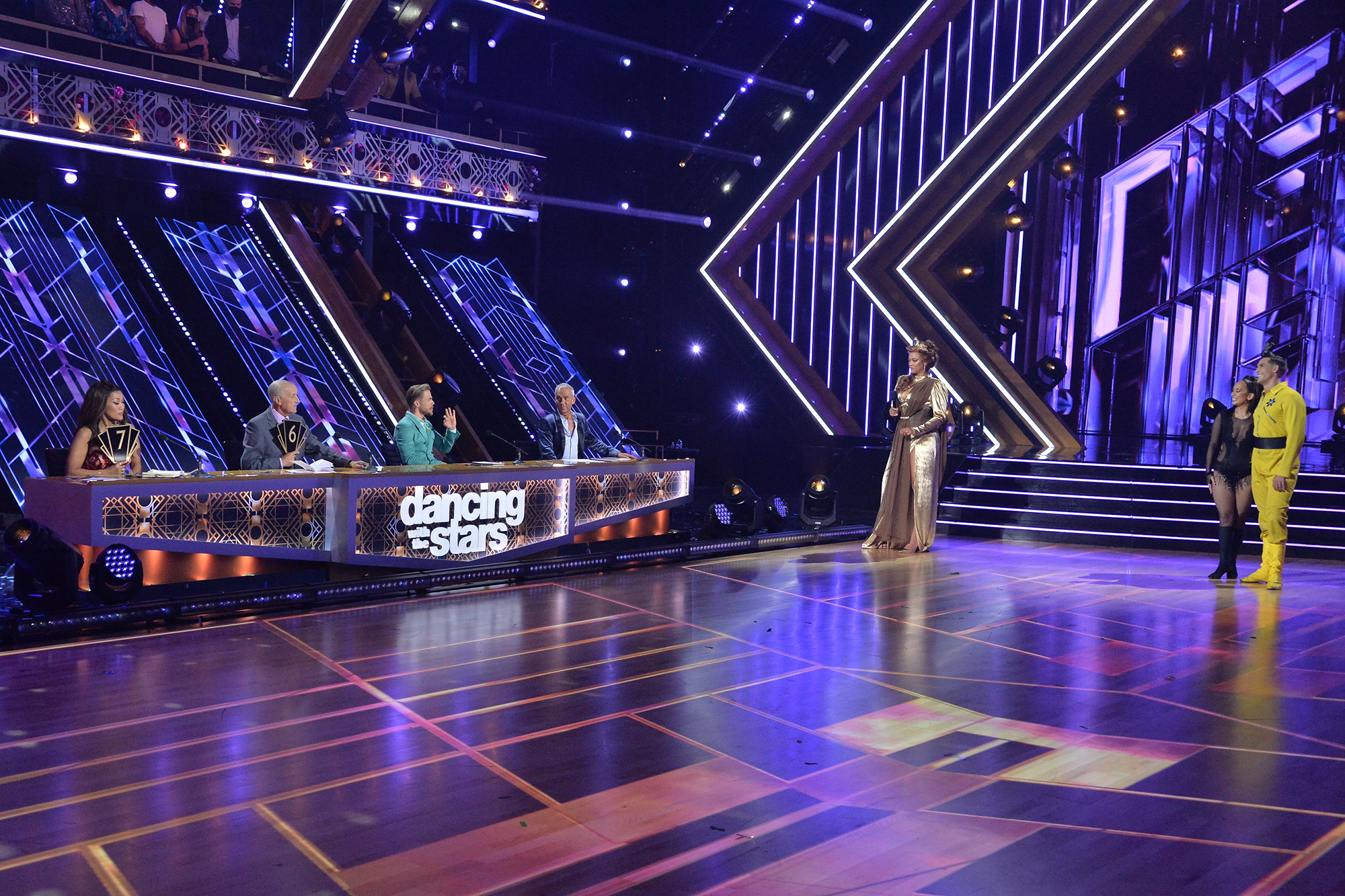 Burke joked that the camaraderie between the judges, pros and contestants this season also feels a lot like “the old days of ‘American Idol’ with Simon Cowell,” who was a notoriously harsh judge.

“I will never fight back on live television. I find that very rude and it doesn’t look right,” she said. “I just want Cody to shine. That’s my real intention here.

“At the end of the day, you can only do so much and work so hard before you’re just over it because you’re feeling so discouraged,” she continued. “And no matter what, this is a feel-good TV show. So I think [the judges] can still be as harsh, just give us some constructive criticism.”

Moving into week five of the competition, Burke and Rigsby are feeling a lot better but still recovering from some lingering COVID-19 symptoms.

“As far as my health goes, I feel fine, I feel great. But COVID fatigue is a real thing,” Burke shared. “It’s weird because I’ve never really had this experience where it’s, like, outer body. Or maybe it’s more like brain fog, where it’s like your body and your brain is not connecting. It’s so weird.”

Burke explained that having a jive — one of the fastest and most energetic dances in ballroom — during “Disney Week” last Monday was really challenging for them both post-COVID-19. On top of that, she and Rigsby had way less time to rehearse than the other couples due to him having to quarantine.

She added, “That fatigue really was triggered and in full force. I did feel like I had like a pillow in front of my face as I was driving.”

As for Rigsby, Burke told Page Six that he’s been experiencing “a little bit” of fatigue as well. The two have been working hard to gain their strength back and fight to stay in the competition, however.

“He definitely was winded for sure [last] Sunday, but look, it just prepped us for Monday,” she recalled. “I do feel like with COVID, we had to reset everything. So like all that hard work, as far as endurance goes, I have to retrain basically.”

The two are currently gearing up for Monday’s “Grease Night” episode, when they’ll perform a quickstep to “We Go Together.”

“With quickstep, you always want to get it the first few weeks of the show, because the music’s really short. Of course, the music now has officially extended,” she revealed. “So the extra added seconds, with a partner who may not be consistent with holding his frame up yet and having to not break hold, burns so bad.”

Burke teased that unlike her and Rigsby’s past few performances, there will be “no solos” this week.

“We’re going to be together,” she promised, adding that fans can expect to see her in “leather, black and a jumpsuit off the shoulder.”

The theme night will be based on the 1978 film starring Olivia Newton-John and John Travolta, and according to Burke, “DWTS” producers are pulling out all the stops for it.

“Basically, they’re going to be doing it in order of the movie,” said Burke, who admitted at the time of our interview that she’s never actually seen the classic movie. “So we’re dancing last because we have that last finale song.”

She added, “It’s really cool, actually. They’ve never done it like that before.”

“Dancing With the Stars” airs Mondays at 8 p.m. ET/PT on ABC.

This pillow and silk eye mask set is on sale for £24.99 at Amazon

Your Taurus Monthly Horoscope for December

Coal use to peak in 2026 as renewables surge past forecasts

What's in store for today? Your daily horoscope for Wednesday, December 1, 2021