Chicago’s police watchdog, the Civilian Office of Police Accountability, has finished a 16-month investigation into the police raid of Anjanette Young, a social worker who was handcuffed naked by police when they wrongfully targeted her home to serve a search warrant for someone else.

CBS Chicago first reported on Young’s case as part of an investigation into a pattern of Chicago police raids on the wrong residences. In Young’s case, the target of the raid actually lived next door, the station reported, and was wearing an electronic monitoring device which police should have been able to track.

The Civilian Office of Police Accountability, commonly referred to as COPA, said its investigation involved more than 30 interviews, hundreds of pages of evidence and hours of video material, and revealed “significant deficiencies” in Chicago police policy and training on how to acquire and execute search warrants.

The investigation also produced nearly 100 allegations of misconduct stemming from the actions of more than a dozen officers, a COPA spokesperson said.

A report with full details of the investigation will be published after the city’s police superintendent has finished a review and officers have been served with resulting charges. 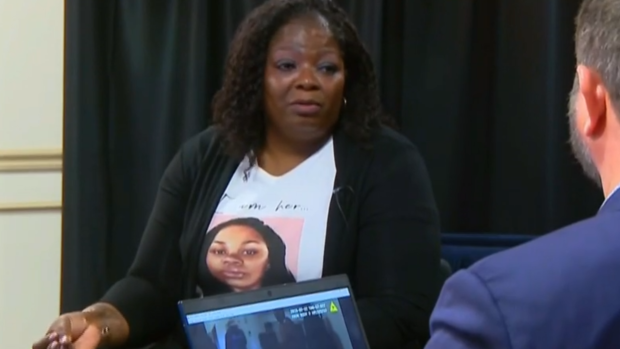 The investigation documents troubling details that were seen on police bodycam video first obtained by CBS Chicago in December. As officers entered Young’s home on February 21, 2019, she was changing out of her clothes and was immediately handcuffed while naked. An officer attempted to cover her with a jacket, then covered her more fully with a blanket, a COPA spokesperson said, but Young remained handcuffed for nearly 10 minutes before she was allowed to get dressed, then was handcuffed again, COPA found. In total, she was handcuffed for nearly 17 minutes.

The video shows Young telling officers over and over, “You’ve got the wrong house.”

“The raid of Ms. Young’s home was truly painful to watch,” said COPA Chief Administrator Sydney Roberts. “Given the significance of this investigation, COPA assigned this case to a uniquely constructed 10 member team to evaluate the critical Fourth Amendment issues raised in this complaint. While we cannot fully heal the pain Ms. Young experienced on that day and ever since, we hope that our investigation and recommendations will enable the healing process.”

Over the course of its investigation, COPA issued three letters to the Chicago Police Department highlighting concerns about its training and search warrant policies. In a statement Thursday, COPA urged Chicago police to afford equal attention to those concerns, along with the investigative findings and recommendations laid out in the report.

Young told CBS Chicago on Thursday that she has been waiting for someone to be held accountable for the wrong raid on her apartment.