Not holding back. After Lindsay Hubbard revealed how awkward she felt during Austen Kroll‘s appearance on Watch What Happens Live With Andy Cohen, Ciara Miller had some advice for her Winter House costar.

The Georgia native explained that the “Pick Your Winter Spouse” topics weren’t “that serious,” adding, “It’s a game and, like, sorry I’m the better kisser.”

During Austen’s appearance on WWHL late last month, Kings Calling Brewing Co. founder ended up in hot water when he chose Ciara over Lindsay, 35, for almost all the positive questions as the publicist watched from the audience.

Winter House viewers initially saw sparks fly between Austen, 34, and Ciara during last month’s premiere. After the duo’s makeout session in the hot tub, Lindsay joined the group and quickly let the Southern Charm star know that she had feelings for him as well.

Although Austen let Lindsay down on screen, they had a strong friendship off screen, which is now suffering after the New York City resident called the October 27 WWHL appearance the most “awkward, uncomfortable situation” she’s ever been in.

“I think he could have been a little bit more respectful to me and to our friendship. We’ve had conversations about that in the past,” Lindsay explained during an appearance on the “Reality Life with Kate Casey” podcast on Wednesday. “Specifically, after Winter House filming, I had a conversation with him about that.”

Crossover Alert! Reality Stars Who Hooked Up With Stars From Other Shows

The New York native noted that it was hard for her to keep up “a happy face” while she felt like “crying inside” as cameras captured her reaction to Austen’s answers. 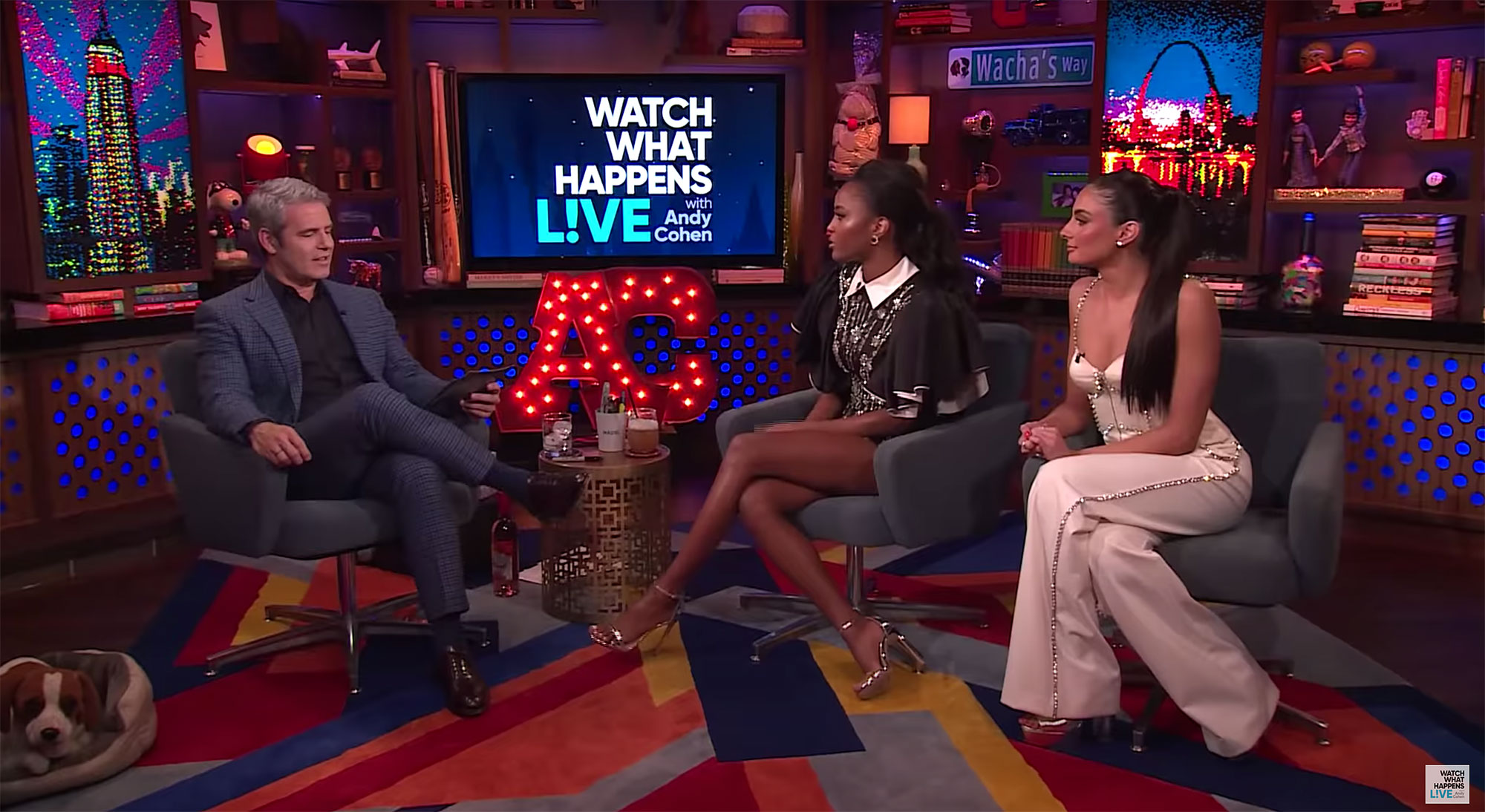 “I can’t be [OK] with keeping that kind of person in my life. Like, I spend so much time caring and nurturing for my friendships and being the best friend I can be to everyone around me,” she added at the time. “Like go learn with somebody else and then get back to me another time, but I need a strong break from that friendship.”

That same day, the Maryland native offered up his side of the story.

“The tea on Watch What Happens Live is she ended up, like, you know, blocking me,” Austen explained during a “Pillows and Beer” livestream with costar Craig Conover while they watched a new episode of Winter House.

Everything We Know About Bravo’s ‘Winter House’

Austen clarified that he thought that they had gotten to a good place in their friendship after hooking up four years ago before the recent drama.

“I thought that we were moving on and being, like, much more adult about it to be totally honest,” he told Conover.

Ciara, for her part, added that she didn’t think Austen was interested in Lindsay as a romantic prospect.

am, Austen, Ciara, Defends, Miller
You may also like: