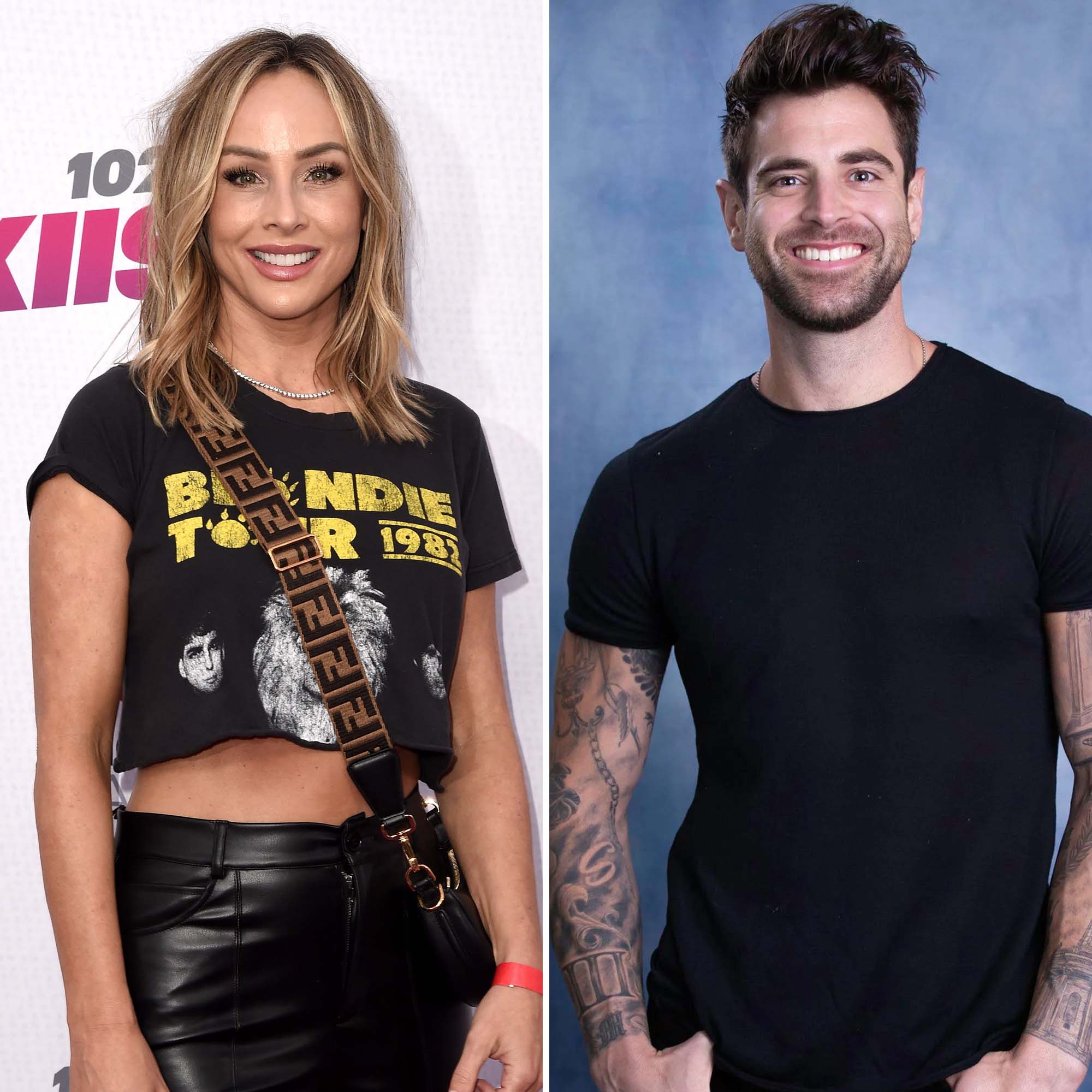 Not giving up on love! Clare Crawley is in a good place following her fling with fellow Bachelor Nation alum Blake Monar.

Bachelor Nation Couples Who Got Together Outside the Show

“Clare and Blake were never officially dating. They hung out a few times and enjoyed each other’s company at the time,” a source exclusively revealed to Us Weekly on Tuesday, August 23. The insider added that Clare, 41, was “still healing from her very public, painful breakup” while she was seeing Blake, 33, earlier this year.

As the season 16 lead of The Bachelorette in 2020, Clare eliminated Blake during week two and ended up exiting the show early to be with Dale Moss, who proposed to her during a November episode. Tayshia Adams took the hairstylist’s place as the Bachelorette for the remainder of the season. Despite the romantic start to her relationship with the former football player, Clare and Dale, 33, called it quits in September 2021.

Although the breakup was difficult, the California native has turned the corner on grieving the failed relationship.

“She is in such a better place in her life now as it all worked out for the best. She’s honestly doing great,” an insider told Us. “She continues searching for the one. Nothing has changed in terms of her still wanting to get married and have kids.”

Bachelorette’s Clare Crawley and Dale Moss: The Way They Were

The source added that the ABC personality “recently moved and she’s checking things off of her bucket list.” Earlier this month, Clare shared an Instagram video of her skydiving with the caption, “Out here bucket-listing!”

During an October 2021 appearance on the “Whine Down” podcast, the Bachelor Winter Games alum said she wouldn’t change anything about her Bachelorette experience, even though it didn’t end with her happily ever after.

“I always feel like I do not want to have regrets and I don’t even know — to be honest — if I would have done things differently because I was doing the best I could at the time with the information that I had,” she said at the time. “And if my biggest regret is trusting the process, trusting a man’s words and who he showed me he was, I don’t think that that’s a regret. I trusted somebody, I believed somebody that they were who that they said they were [and] that they would hold up to the promises that they make when they get down on one knee.”

Bachelor Nation Couples Who Have Split in 2022

After the former Bachelorette and her ex-fiancé split, a source told Us that the former couple “did not agree on a lot of things” when it came to the future of their relationship. “They had been fighting a lot as of late. Clare started many of the arguments, and Dale would try not to rock the boat too much, but it all became too much for the both of them. They finally realized that perhaps they did move too quickly after all,” the insider said at the time.

With reporting by Diana Cooper.