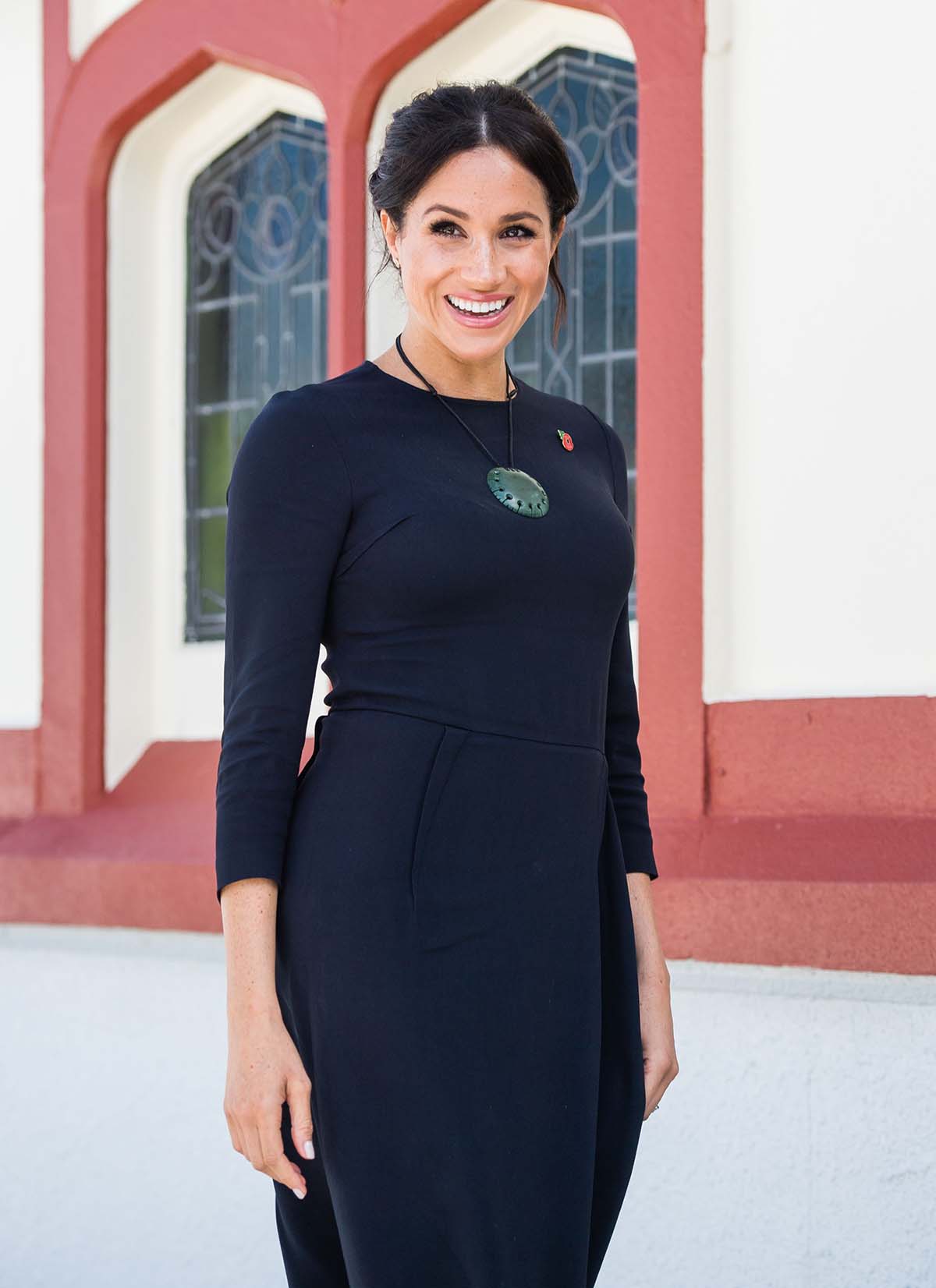 Royal precedent? A clip of Meghan Markle curtseying in the legal drama Suits has resurfaced after the Duchess of Sussex claimed she didn’t know how to perform the gesture when meeting Queen Elizabeth II for the first time.

In the footage filmed in 2010, Meghan, 41, does a small, understated curtsy to attorney Louis Litt (Rick Hoffman) as paralegal Rachel Zane. One Instagram user shared the clip, noting that it depicted a “perfect” execution of the movement.

Despite the moment on Suits, the duchess admitted to messing up the royal courtesy during episode 2 of Harry & Meghan, which premiered earlier this month.

“I didn’t know I was gonna meet [the queen] until moments before. We were in the car and we were going to Royal Lodge for lunch and [Prince Harry] was like, ‘Oh, my grandmother’s here,’” she explained. “And he [said], ‘You know how to curtsy, right?’ And I just thought it was a joke.”

The California native then reenacted the exaggerated curtsy — complete with extended arms — that she gave the late monarch during their first introduction. “It was so intense,” she said, comparing her behavior to a “Medieval Times Dinner and Tournament.”

Harry, 38, for his part, said that he understood why the formality must’ve seemed foreign to his wife.

The married couple — who tied the knot in May 2018 and share son Archie, 3, and daughter Lilibet, 18 months — spoke candidly about their experience as members of the royal family in the Netflix docuseries. Their honesty had its consequences, deepening the rift between them and certain members of the monarchy.

“[Prince] William was hoping they could move on after the CBS interview [in March 2021], but Harry airing his dirty laundry has only heightened the conflict between the two brothers and resulted in them taking a step backwards,” a source exclusively told Us Weekly earlier this week, adding that William, 40, is “disappointed with Harry for portraying him and the family in a cynical light.”

Despite some blowback, Harry and Meghan — who stepped down from their senior royal duties in January 2020 — stand by their decision to tell their story to the world.

Prince William and Prince Harry’s Complicated Relationship Over the Years

“Meghan and Harry don’t have any major regrets about doing the docuseries, and we’ll be seeing Harry elaborate about his relationship with his family in [his forthcoming memoir] Spare,” a source exclusively reveals in the new issue of Us, adding that the duo were “prepared for the backlash.”