Indigenous people are still far more likely to be jailed, die by suicide and have their children removed than non-Indigenous people a year after the new Closing the Gap agreement was signed, according to the Productivity Commission.

The Commission today released its first batch of annual data on the National Agreement on Closing the Gap. 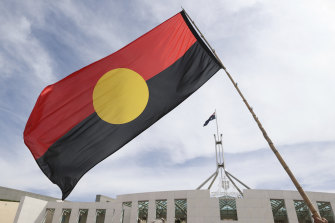 Just three of the 17 new Closing the Gap targets are on track to be met.Credit:Alex Ellinghausen

But it can’t say how progress on ten of the 17 targets is going due to a lack of new figures to compare against the baseline data being used.

“The Agreement is now 12 months old, but the most recent available data for monitoring these socioeconomic outcomes are only just hitting the commencement date for the Agreement,” commissioner Romlie Mokak said.

“It is likely to be some years before we see the influence of this Agreement on these outcomes.”

The new National Agreement on Closing the Gap is intended to be a proper partnership, to move beyond what Minister for Indigenous Australians Ken Wyatt described as a decade of failings.

Among its 17 ambitious targets, the Agreement is aiming to reduce the Indigenous incarceration rate by 15 per cent in the next decade.

Australia’s high Indigenous incarceration rate has come under renewed scrutiny this year, after a spate of Indigenous deaths in custody.

The Royal Commission into Aboriginal Deaths in Custody, which handed down its report 30-years ago, found that Indigenous people weren’t more likely to die in custody but they died at higher rates because they were grossly over-represented in prisons. 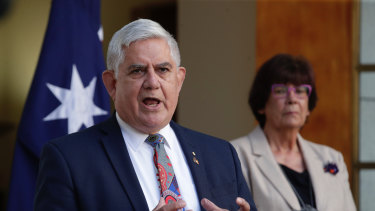 Back then 14 per cent of all prisoners were Indigenous. That figure is now 30 per cent, according to the Bureau of Statistics.

First Nations people make up about three per cent of all people in Australia – meaning in the prison population there are ten times as many Indigenous people as there should be proportionally.

Another key target in the Agreement was to achieve a sustained reduction in the suicide rate of Indigenous people, with a goal of heading towards zero.

Suicide was the leading cause of death for First Nations children aged five to 17 years.

Other measures like increasing life expectancy and reducing the rate of children being placed in out-of-home care are not on track to meet their targets either.

closing, gap, Indigenous, su, the
You may also like: