Clothing optional as Cannes gets to the naked truth 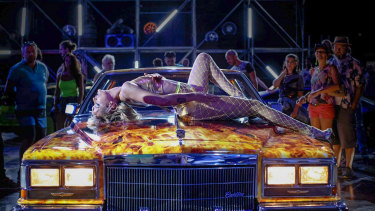 With more films than ever, thanks at least in part to the backlog of a missed year in 2020, the 74th festival was a feast of cinema. There was something to infuriate everyone. After the awards were announced, jury member Maggie Gyllenhaal said that even in a room of cine-literate, emotionally intelligent people for whom she had the highest regard, there was not one film all the jury members loved. “And I like that!” she added. 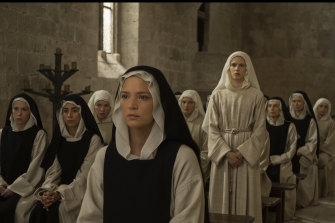 Bad habits: The ever-reliable Paul Verhoeven does not disappoint with Benedetta.

Here are some of my personal highlights from the festival.

The Great Divide: Leos Carax’s Annette, a musical by Sparks about a singing toddler with a voice eerily reminiscent of that of her mother (Marion Cotillard), a soprano who died in mysterious circumstances, the festival’s opening film was either the apotheosis of pure cinema or indulgent nonsense. Wes Anderson’s The French Dispatch, an elaborately dressed paean to The New Yorker and its somewhat precious world, divided viewers along similar fault lines.

Out of Nowhere: My pick of this year’s gems from unexpected places was Clara Sola from Costa Rica, about a strangely touched middle-aged woman touted by her family as a village healer who can channel the Virgin Mary. Wendy Chinchilla dissolves into the clunkily awkward, reclusive Clara, while Nathalie Alvarez Mesen’s direction is so visceral you can just about smell that jungle.

White Light, White Heat: It wasn’t in competition, but Todd Haynes’ documentary about the ’60s art-rock band The Velvet Underground won almost universal admiration. Haynes focuses on the band as a manifestation of dissident – and decadent – New York culture, but is also unafraid to let musicians talk as nerdily as they like about the technical complexities of the music itself. This is a documentary that pushes the form forward, which is something rare and great. 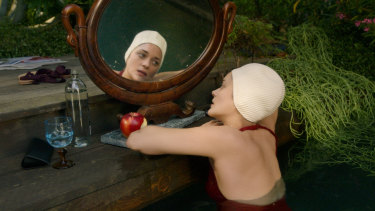 You choose: The musical Annette was either the apotheosis of pure cinema or indulgent nonsense.

Biggest tear-jerker: in a festival where a good many of the stars were found to be crying when the lights went up, it was an animation for children that made a mess of me. Ari Folman’s Where is Anne Frank? never buys into the industrial tourism around the great diarist, instead evoking her imaginary friend Kitty with the whimsical tone of a fairytale. No other approach could so effectively bring home the incomprehensible monstrosity of murdering children.

This Year’s Most Unlikely Star was Gabriel Sara, a real oncologist who stepped up to play the doctor in Emmanuelle Bercot’s melodrama Peaceful, about a mother (Catherine Deneuve) losing her son (Benoit Magimel) to cancer. Bercot said caustically that she couldn’t think of any actor who could be so convincingly caring; meanwhile, Dr Sara proceeded to win every interviewer’s heart with his unquenchable warmth and enthusiasm. Paris-based Australian actor Melissa George also popped up (on screen, not in Cannes) as Magimel’s ex-wife. 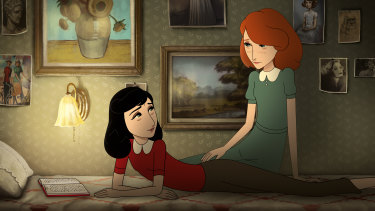 Where is Anne Frank? evokes the diarist’s imaginary friend Kitty with the whimsical tone of a fairytale.

Maestri at work: Jacques Audiard (The Prophet, Deepan, The Sisters Brothers) doesn’t need any more awards, but Paris, 13th District – about a trio of uncommitted 20-somethings in overlapping, uncommitted but still painful liaisons – demonstrates exactly how a searching eye, musical sense of editing rhythms and storytelling talent can whip up greatness from well-worn ingredients.

Likewise Drive My Car, which won the scriptwriting prize for Japanese fest darling Ryusuke Hamaguchi: based on two Murakami stories, it concerns a theatre director who casts his dead wife’s former lover in his production of Uncle Vanya. As an examination of grief and acceptance, it is indeed Chekhovian.

Dylan Penn, daughter of Sean and Robin Wright, played wayward daughter to her father’s ultimate unreliable parent in Flag Day, based on Jennifer Vogel’s famous memoir of life as the child of an inveterate conman. In Joanna Hogg’s Souvenir 1&2 – a diptych of films about a naïve young woman’s relationship with a narcissistic junkie – Honor Swinton-Byrne takes the lead role with real-life mother Tilda as support. Neither young novice intended to take up acting – they are both interested in directing – but given that Tilda Swinton, who was in three films in Cannes, says she doesn’t see herself as an actor either, they are probably both set for long careers. See you next festival, girlfriends.

as, cannes, Clothing, ge, optional
You may also like: