A group of Coalition MPs will ramp up pressure on the federal government to scrap legislation to increase the super guarantee to 12 per cent, or make it optional, if this year’s half a percentage point hike goes ahead.

Employers’ 9.5 per cent compulsory super contribution is legislated to rise to 10 per cent on July 1, then another 0.5 percentage points a year until 2025, but Coalition MPs Gerard Rennick, Jason Falinski, Tim Wilson and Andrew Bragg are among those who say they will not back down from their criticisms of increasing the rate if the federal government chooses not to stop the rise. 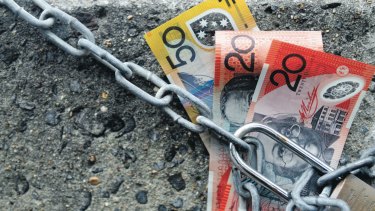 The federal government will continue to face unrest from Coalition MPs who want to see the super guarantee rises scrapped or made optional.Credit:Michel O’Sullivan

Treasurer Josh Frydenberg refused to get involved in speculation about the future of the guaranteed rate, saying on Thursday more would be revealed in next month’s federal budget. But he noted there were many groups that have warned increases will come at the expense of wages growth.

The rise is also considered by some Coalition MPs to be an unacceptable impost on businesses during the recovery from the coronavirus pandemic. But Labor, the unions, the superannuation funds and former prime ministers Malcolm Turnbull, Kevin Rudd and Paul Keating say the increases are modest but necessary to ensure workers have an adequate retirement. The first increase would contribute $20 billion a year extra to the $3 trillion superannuation system.

Last year, Prime Minister Scott Morrison said the government would “carefully consider” the future of the increases nearer the time with economic conditions in mind. The economy has drastically improved since the coronavirus pandemic forced the nation into widespread lockdowns in 2020 and stopping the upcoming rises from going ahead would require overturning existing legislation, which would be seized upon by Labor as a broken election promise.

Labor superannuation spokesman Stephen Jones said Mr Morrison needed to “come out and equivocally knock [any discussions of stopping the rise to 12 per cent] on the head.

“The uncertainty is driving people nuts,” Mr Jones said. “What we fear is we’re going to have this fight every year until the Coalition gives up.”

Liberal Senator Gerard Rennick said he had no plans to give up and “will fight for [super] to be optional”. The government previously considered an opt-in or opt-out model for super contributions above 10 per cent. Liberal Senator Andrew Bragg also showed no signs of letting up in his ongoing aim to reform the superannuation sector. He previously said he didn’t believe the super system was working for Australians and the case had not been made for “even bigger super”.

“That remains my position whilst the system is performing so poorly on the key metrics,” Senator Bragg said.

Liberal MP Tim Wilson, who has been campaigning for first-home buyers to be given early access to their superannuation in order to fund a property purchase, said his efforts opposing hikes would continue.

“If the compulsory guarantee rises it means more money from wages locked in super,” Mr Wilson said about rises above 10 per cent. “That makes it harder for first-home buyers to save and more the reason we need to provide a pathway for super to be used for deposits”.

Mr Wilson questioned Commonwealth Bank chief executive Matt Comyn on Thursday morning during a House of Representatives Standing Committee about whether the bank would be willing to create products to help first-home buyers use their super funds for a deposit. Mr Comyn said that, if there was legislative change, this would be a possibility.

Liberal MP Jason Falinski said there had yet to be a compelling case presented about why the super guarantee should be increased. “Everyone from [RBA governor] Philip Lowe to [the Australian Council of Social Services] to Grattan says this is not helpful to Australians. It hands millions of dollars to fund managers,” he said. Some backbenchers have suggested a portion of super could be turned into a health fund with withdrawals allowed for this purpose.

One concern held by several backbenchers is a trade-off between wage growth and superannuation increases, particularly in a low wages growth environment.

Treasury’s Retirement Income Review found the weight of evidence suggests the majority of the super rises “are paid for through lower growth in wages”. The review observed that maintaining the super guarantee at 9.5 per cent while using retirement savings more efficiently, such as through reverse mortgage-style products, could improve retirement income without needing to put more wages into super.

Australian Council of Trade Unions assistant secretary Scott Connolly said the super guarantee increase “should never have been up for debate”.

He encouraged the government to “publicly confirm that the budget will not include measures which would allow access to superannuation for home loans – a measure which would drive up housing prices and leave workers facing poverty in retirement”.

coalition, let, MPs, OPP, up, Won't
You may also like:

‘Bring Music Home’ Photo Book Is a Stunning Tribute to Local Concert Venues in the U.S.