Scarlett Johansson and Colin Jost expecting their first child together

It took some time for Colin Jost’s mother to warm up to his and Scarlett Johansson’s son’s name.

“My mom, I would say, was slightly thrown by it and didn’t quite understand it,” the “Saturday Night Live” star, 39, said of his newborn’s moniker on “Late Night with Seth Meyers” Thursday. “I don’t know if she thought it was kind of like a hippie thing.”

Jost and Johansson, 36, announced in August that they had welcomed a baby boy and decided to name him Cosmo.

Jost told host Seth Meyers, “She would call us, after three or four days, she’d be like, ‘Cosmo?’ … And now, is it final? Like, did you submit the birth certificate?’”

The comic reassured his mom that the couple made their son’s name official at the hospital, to which she replied, “OK, interesting.”

He claims she then proceeded to suggest alternative names like “Cosimo with an ‘I’.”

“Maybe Cosimo, that’s his real name, but then you can call him still Cosmo,” Jost said she told him.

The “Weekend Update” anchor said his mom began to come around once she met Italian neighbors in Staten Island, where she resides, that had relatives with the same name. 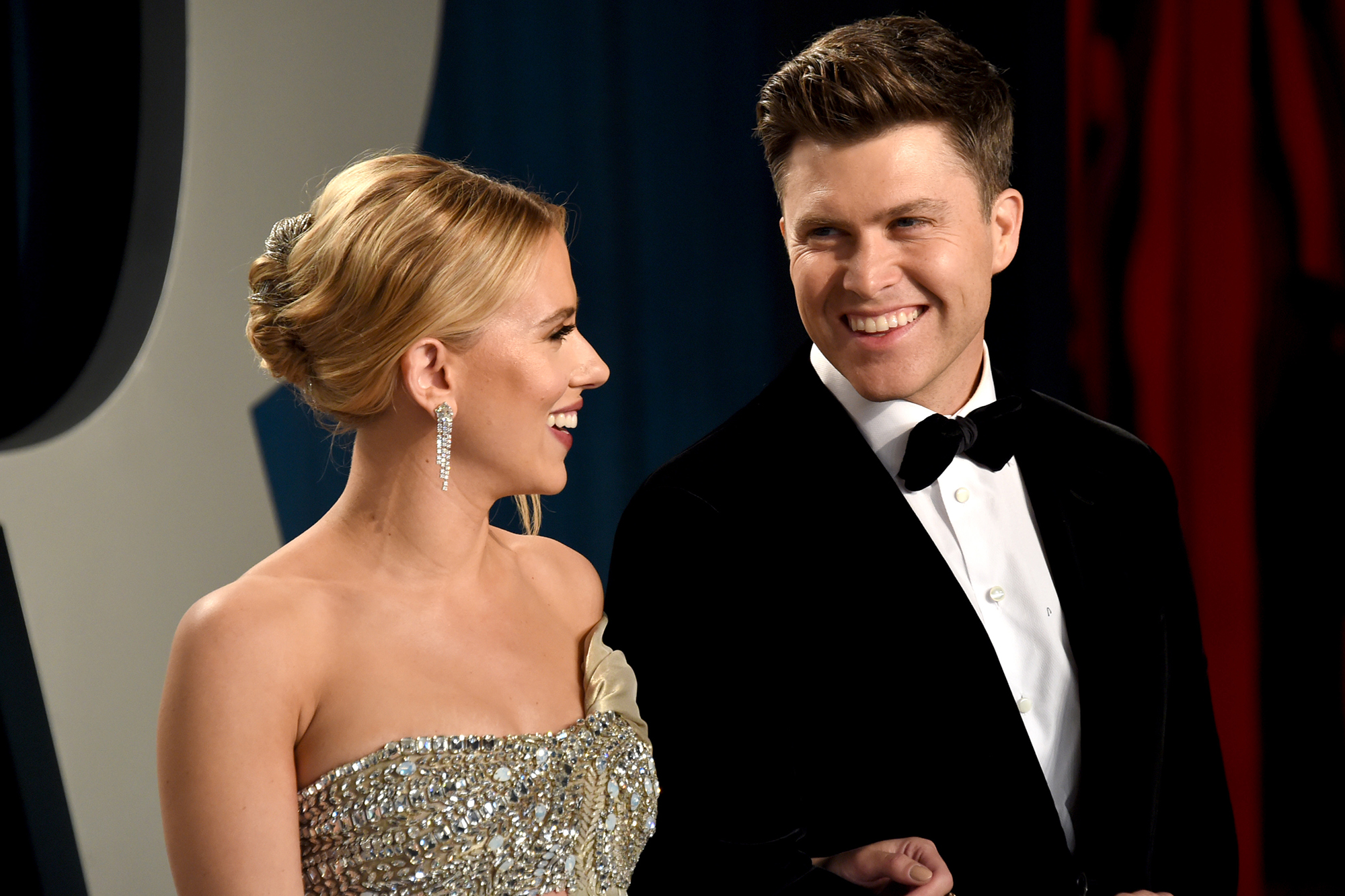 He said the proud grandmother made one final alternate suggestion when she found out there is a patron saint named Cosmos.

The pair secretly tied the knot in October 2020 after three years of dating.