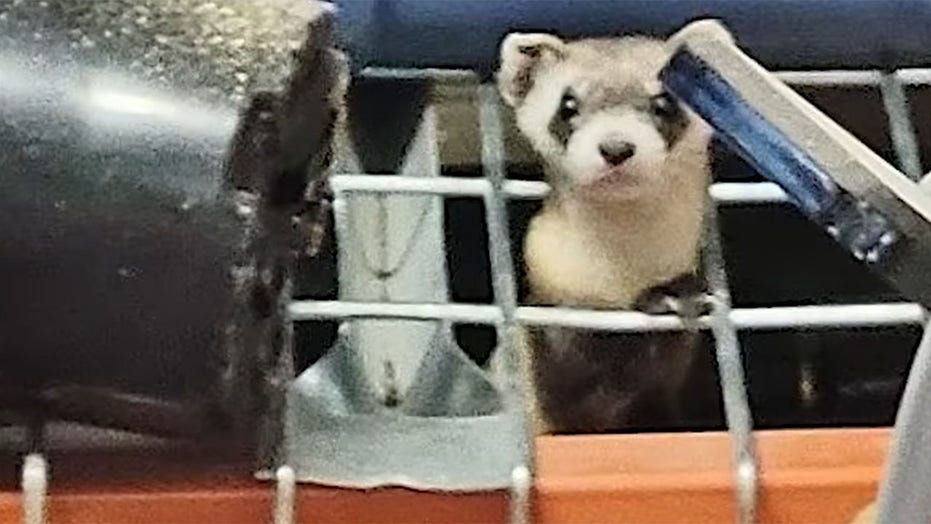 A homeowner in Colorado made an unusual discovery earlier this week when they found the rarest mammal in North America hiding in their garage. Fortunately, the animal was successfully rescued and will be returned to its colony.

Colorado Parks and Wildlife confirmed that a black-footed ferret was found in a residential garage in Pueblo. According to a press release, the home is located near a ranch that is home to a colony of the rare and endangered mammals.

State officials and biologists have been releasing ferrets onto the Walker Ranch near Colorado Parks since 2013. It is believed that the animal found in the garage came from this colony.

Ed Schmal, CPW conservation biologist, said, “We don’t know exactly why this black-footed ferret left the colony. We put them into prairie dog burrows but they may not stay. Sometimes they scramble around the colony to find the right home. This one might have gotten pushed out by other ferrets and it went looking for a new home. We really don’t know.”

Officials still aren’t sure how the animal ended up in the garage.

“This is extremely rare,” Schmal said. “Black-footed ferrets are nocturnal and extremely shy. For some reason, this one left the colony and was seeking shelter. We’re just glad it appeared healthy, not starving or sick, and we were able to capture it and return it to the colony.”

The post continued, “Many thanks to the resident and our wildlife officers, it was captured and re-released back into the wild. It was among 9 black-footed ferrets released by our biologists 2 weeks ago in ongoing efforts to recover the black-footed ferret in North America.”