Populations of the world’s wild animals have plunged so rapidly the World Wildlife Fund for Nature has made an urgent call to world leaders to commit to a Paris-style agreement to halt biodiversity loss and adopt a net zero-style goal to return to 2020 average wildlife population levels by 2030.

Animal populations have decreased by 69 per cent on average between 1970 and 2018. In sharing the figure from its latest Living Nature Report, the WWF sets out a bold vision for a “nature positive” planet.

The goal seeks to reverse the nosediving trend of declining bird, mammal, reptile, amphibian and fish populations within next few years, aiming for “more nature by the end of this decade than at its start”.

The trouble is it’s becoming harder to imagine what a world with stable and improving ecosystems looks like.

The phrase “shifting baseline syndrome” was coined in 1995 by fisheries scientist Daniel Pauly. It’s the concept that each generation perceives environmental decline against the “baseline” of nature they experienced early in their lives. It can mean younger people underestimate how much biodiversity has been lost because they were already born into a nature-depleted world.

You might’ve noticed a shift in your life; king parrots hounded from suburbs by Indian mynas, Christmas beetles becoming rare, and road trips no longer interrupted by thick mats of insect meal on the dashboard.

For each generation, the shift becomes less obvious.

Conservationists have been concerned for decades that this environmental amnesia skews our understanding of how much we’ve lost, blunting alarm and urgency for action.

An example lies in the platypus. Wide-ranging population surveys of the monotreme didn’t begin until the 1970s, almost 200 years after the forces of colonisation, which included a voracious fur trade, decimated numbers.

The platypus is regarded as so rare and elusive the creature has gleaned an almost mythological status; the concept that plentiful platypus dens might’ve once pockmarked riverbanks is lost to us.

Data collected by Dr Barbara Wilson, an honorary associate professor and conservation scientist at Deakin University, was included in the WWF’s report. She has seen the baseline shift in real time. 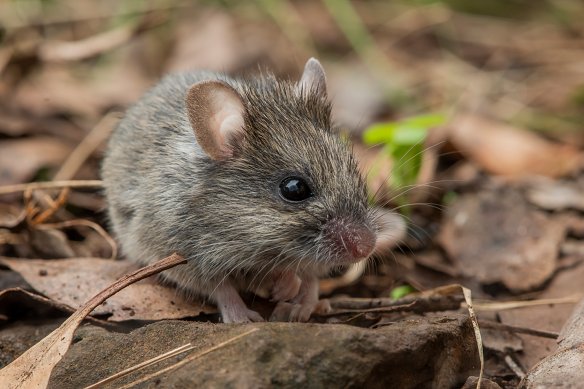 The pookila, a native rodent, haven’t been detected in Victoria’s Otway ranges since 2003.Credit:Bruce Thomson

Wilson has studied the pookila, formerly known as the New Holland mouse, since the 1980s. The pookila is a 17-gram rodent that disperses seeds, digs tunnels that refresh soil, and delivers fungal spores to roots that allow plants to draw up more nutrients. Populations were robust at the beginning of Wilson’s career and bounced back even after the 1983 Ash Wednesday fires burnt through their habitat in Victoria’s Otways.

“But since 2013 there’s been a huge collapse. If we hadn’t been investigating them we wouldn’t have known,” Wilson said. “I really at one stage thought I’d never see another New Holland mouse.”

Conservationists are now framing biodiversity goals in the language of climate action, binding the battle for a stable climate with the need to preserve ecosystems.

“Just as the global goal of net zero emissions by 2050 is disrupting the energy sector so that it shifts towards renewables, ‘nature positive by 2030’ will disrupt the sectors that are drivers of nature loss – agriculture, fishing, forestry, infrastructure and extractives,” said the report. 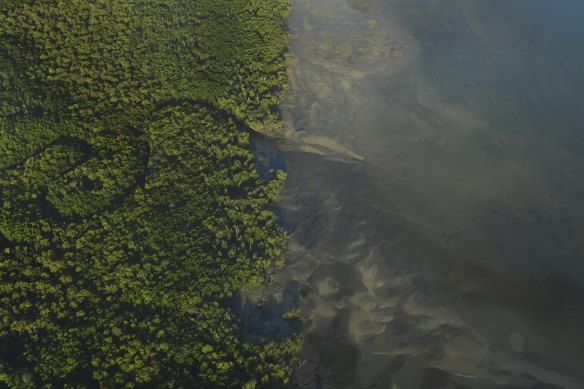 The slowing rate of the destruction of mangroves – which are critical carbon sinks – was hailed in the Living Planet Report as a “win-win-win” for biodiversity, people and climate change.Credit:Kate Geraghty

Movement is afoot locally; the government has announced a goal to halt extinction and, in line with the UN Convention on Biological Diversity, Australia has committed to protecting 30 per cent of its land and sea.

And there’s an antidote for shifting baseline syndrome. Studies have show those who have access to “generational knowledge”, and Indigenous knowledge in particular, of how landscapes have changed suffer less from environmental amnesia. If older people share their experiences of the natural world with younger generations, they can better conceptualise how much has been lost.

To get to a “nature positive” world, we must remember what we once had.