Victoria’s chief integrity agency wants urgent new laws that would make it a potentially jailable offence for reporters or anyone else to publish information from draft integrity investigation reports.

The extraordinary plea from Victoria’s Independent Broad-based Anti Corruption Commission (IBAC) follows revelations this week in The Age that Premier Daniel Andrews was secretly interrogated, along with former health minister Jill Hennessy, as part of an investigation into suspicions of corrupt conduct relating to the awarding of $3.4 million in grants to the Health Services Union. That information was discovered outside any draft IBAC report, following the granting of an injunction in IBAC’s favour.

In the strongly worded statement, IBAC said it was a “critical” part of the natural justice process to give people the chance to respond to preliminary findings and to take this into consideration.

It said this process had forced it to seek an injunction to prevent The Age from publishing the contents of any draft report. But it is currently only an offence for a person who receives a draft report for the purpose of providing a response to IBAC to disclose its contents.

IBAC now wants to go a step further and is pushing the government for “urgent” legislation that would make it an offence for any person to report the contents of draft IBAC reports. 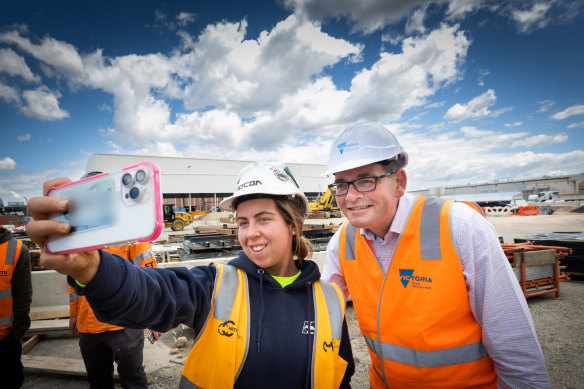 “In our view, making it an offence to publish such information is a critical sanction if people are to be deterred from publishing or disseminating information that could not lawfully have been disclosed to them. This will help ensure that the natural justice process is not compromised.”

On Saturday Andrews preemptively issued a statement immediately before a press conference saying he had acted appropriately at all times and would not be commenting on “smear, innuendo or media reporting into the investigation”.

“Regardless of any smear, innuendo or media reporting based on anonymous sources, the only IBAC matters I will comment on are those that are the subject of a final report – as is appropriate and has always been my practice,” Andrews said.

“Questions about what IBAC is or is not doing are a matter for the independent agency.”

Minutes later at the press conference, Andrews said he would not rule out tougher laws to prevent journalists from reporting on draft IBAC investigations, although he suggested his natural inclination was to protect press freedom.

“I certainly wouldn’t rule out changes to the law at some point, but I’m not here to make any announcements about that,” Andrews said.

“They’ve made a statement today. I’ll let that speak for itself.”

Asked if he would be comfortable with journalists potentially going to jail for reporting on draft IBAC reports in the future, Andrews said: “In terms of my views on freedom in our press: more voices, not less. I’ve got a consistent position on that. Not just words, but I’ve got to record, go and ask people in regional newspapers, how much support they’ve received from our government, multicultural media, enormous support from our government.”

Opposition Leader Matthew Guy noted it was the fourth time the incumbent state government had been investigated by the anti-corruption commission, which he said was “unprecedented” in Victoria.

“Leopards don’t change their spots. The only way we’re going to get a government of integrity is to change the government,” he said.

Guy noted he would commit an initial $20 million more funding for IBAC if elected on November 26 and wanted to “increase the scope” of the watchdog’s investigative powers. 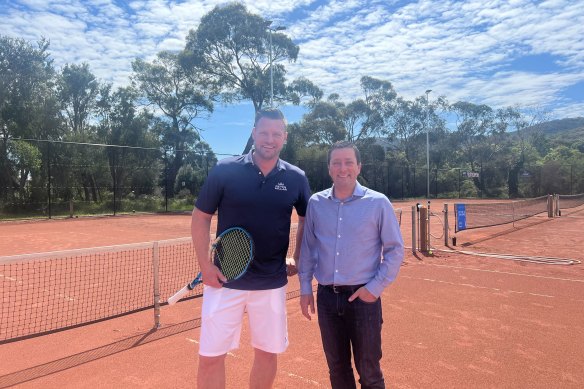 The opposition leader said he would not pursue legislative change which could curtail press freedom in Victoria.

“I do think there is a right of the press to report these matters. It doesn’t always suit politicians, but frankly, the media has a job to do,” he said.

“We need to make sure that we uphold [Australian press freedom standards] and increase those, so that we are a country where freedom of the press is respected and encouraged.

“I don’t want to see any legislation that prevents that.”

Standing on the clay courts at Rosebud Tennis Club on Saturday, Guy announced that if elected he would commit $100 million over two years for vouchers to pay for children’s sports costs.

He said that every Victorian child would be eligible for a $200 voucher, which could cover registration, uniforms, or sports equipment. Around 500,000 vouchers will be made available each year.

“Coming out of COVID, we’re going to make sure that each and every Victorian kid is not only encouraged but also given an incentive to stay active,” Guy said.

“All of this is designed to help the next generation of Victorians to be the healthiest generation.”

Guy opted not to don sportswear for the announcement, sticking with jeans and a button-down shirt during a short hit with Liberal candidate for Nepean and former professional tennis player Sam Groth.

Groth joked the opposition leader was “looking nervous” as he wandered to the other side of the net.

“Could be worse,” Guy retorted, “could be facing IBAC’s questions.”