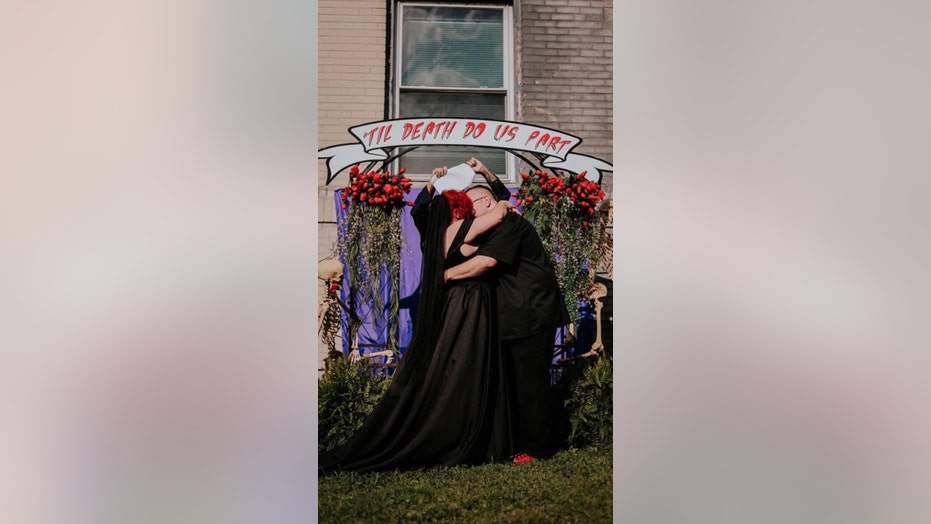 Cassandra Winward and Hank Zientak knew they wanted a “spooky” wedding, so when the opportunity arose to get married at a “haunted” hospital in West Virginia, they jumped at the chance.

Even spookier was the fact that Tony Moran – the actor who played Michael Myers in the original 1978 horror movie “Halloween” – would be officiating.

Winward, 48, and Zientak, 51, of Philadelphia, were among 12 couples married by Moran at The Old Hospital on College Hill in Williamson on the last weekend in September.

Winward and Zientak became engaged in December 2020. Because of the coronavirus pandemic, they figured they’d wait to marry for a year or two. 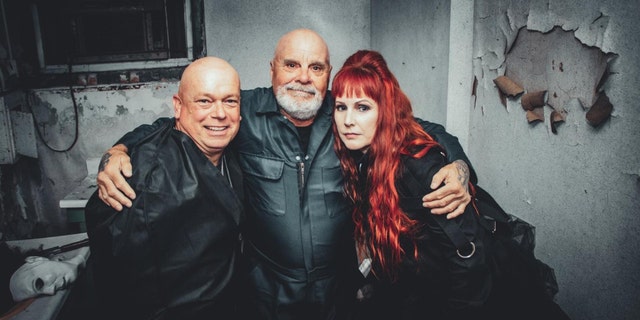 Cassandra Winward, 48, and Hank Zientak, 51, from Philadelphia, were one of 12 couples who were married by "Halloween" actor Tony Moran at The Old Hospital on College Hill last month.
(Danny Strakal of Dark Hills Media)

As fans of horror movies and Halloween, the couple was considering tying the knot on Oct. 31, 2022, they told Fox News. But when Winward saw a flier posted on Facebook about The Old Hospital weddings in September, she went home and immediately showed Zientak. Moran’s officiating was the clincher.

“I was just like, ‘Why wait to get married on Halloween when we could get married by ‘Halloween?’” he recalled. “I said I thought it was a great thing, and we just made that decision right then and there to do it.”

Grant and Kayla Butcher, of Chapmanville, West Virginia, had a similar reaction.

Grant, 39, told Fox News he saw the information on Facebook while he was at work and immediately told Kayla: “We have to do this.”

He added: “I just thought it could possibly be a once-in-a-lifetime opportunity, and I wanted to take it.” 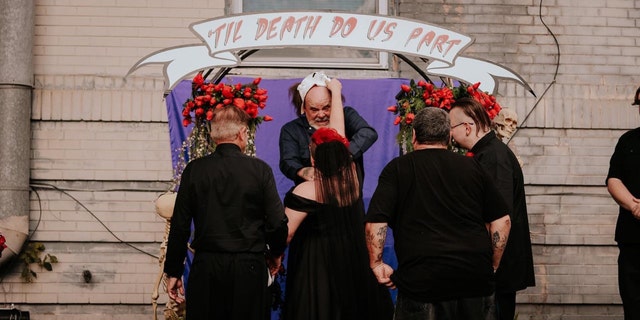 Grant and Kayla Butcher, from Chapmanville, West Virginia, were the first couple Moran married at The Old Hospital in September.
(Mark Anthony and Brittany Dean)

Kayla, 31, said that though she and Grant are “into spooky stuff,” they hadn’t really considered incorporating it into their wedding until they saw the Facebook post.

“When that came up, we were just like, ‘We’ve got to do it,’” Kayla saiud. “We couldn’t pass up that opportunity.”

The couple got engaged in May 2020. Like Winward and Zientak, they’d postponed their wedding because of the pandemic. 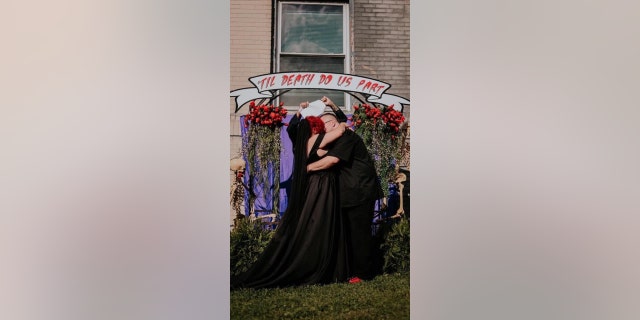 "I honestly love it," Kayla told Fox News. "Who can say they got married by Tony Moran in a haunted hospital?"
(Mark Anthony and Brittany Dean)

“I honestly love it,” Kayla said. “Who can say they got married by Tony Moran in a haunted hospital?”

“I guess some people may look at it [and say], ‘These people are crazy,’ but I mean, your wedding day is supposed to be fun and you’re supposed to enjoy it,” she said. “And we both love the horror movie franchises and it just worked really well with us.”

Two days after the Butcher wedding, Zientak and Winward tied the knot.

Zientak added: “It was just unreal. It was the best.” 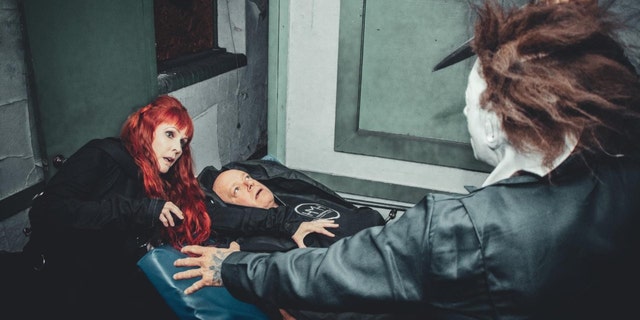 "To have Tony Moran [officiate] at this beautiful spooky hospital… it was way better than I ever would have thought," Winward told Fox.
(Danny Strakal of Dark Hills Media)

Both couples praised Moran’s handling of the nuptials, describing the actor as “down to earth.”

“He was absolutely amazing,” Zientak said.

Tonya Webb, the co-owner of The Old Hospital, told Fox News that she connected with Moran after one of his managers reached out to the tourism board of Williamson to give them a list of actors who might be interested in coming to events at The Old Hospital. Moran was on that list.

“The original ‘Halloween,’ the 1978 one, is my favorite movie of all time,” Webb said. “And when I saw his name on the list, I just couldn’t help myself.”

Moran has returned for other events at the site, she said. 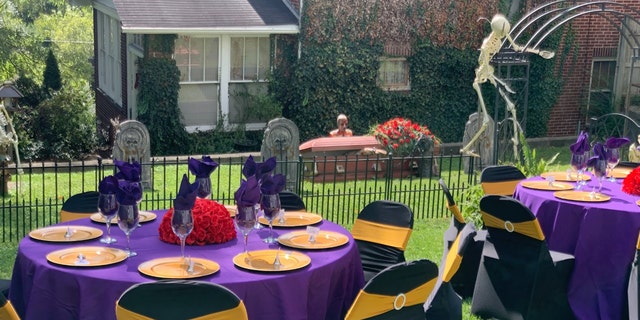 The Old Hospital offers historical tours, paranormal tours and escape rooms. Weddings are a new addition, but the first 12 ceremonies in September were a “huge hit,” Webb pronounced.

The couples who spoke to Fox agreed.

“I can’t say this enough: It was just spectacular,” Zientak said.