This wrap of shows around Melbourne includes a sold-out appearance by newly reformed band TISM, David Wenham in A Christmas Carol and a thoughtfully conceived and energetically presented concert by the Australian Chamber Orchestra.

An hour before show time at St Kilda’s Prince Bandroom, a line of people snaked around the corner of Fitzroy and Acland streets in the howling wind. 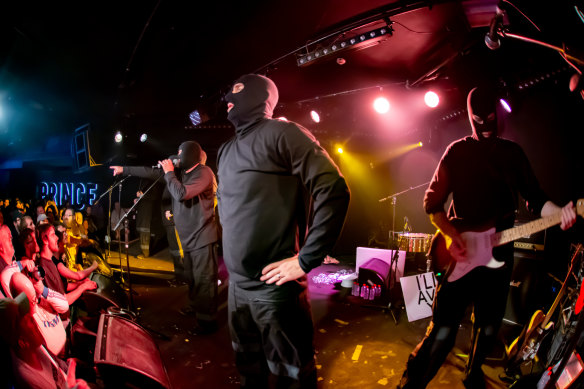 On this Saturday arvo football timeslot from yesteryear, not everyone huddled outside made it into the venue. It was a sell out, and headline band Regurgitator weren’t even playing, having rescheduled their show in line with COVID-19 protocols.

Instead, it was the rumoured performance of Melbourne’s masked cult band This Is Serious Mum – a fortnight out from playing the Good Things festival in Melbourne – bringing fans together again in droves.

A week earlier TISM played an unannounced show at Thornbury’s Croxton Bandroom, the group’s first gig in 19 years. Rumours of another warm-up show swirled online in the days after, and those crammed inside the Prince Bandroom weren’t disappointed. 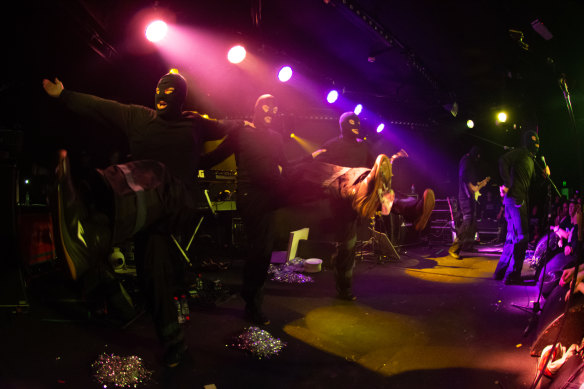 Bounding on stage dressed head-to-toe in black, the seven balaclava-clad band members launched into I Drive a Truck from 1988 album Great Truckin’ Songs of the Renaissance and barely drew breath for the next hour. Saturday Night Palsy, Martin Scorcesse Is Really Quite a Jovial Fellow, I’m Interested in Apathy and more crowd favourites from the same album were all revived in a frenetic show that’s sure to go down in local folklore.

Demand for TISM’s satirical social commentary, paired with high energy, synth-based alternative rock has not waned, it seems, in the two decades since hanging up their boots on the back of final studio album De RigueurMortis. 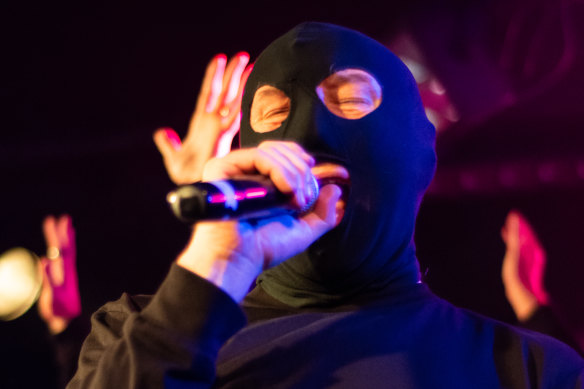 TISM’s surprise show at Prince Bandroom is sure to go down in local folklore.Credit:Ben Thompson

And who could forget those timeless lyrics? For the pensioners and younger folks all joyously singing along to Greg! The Stop Sign!! and Defecate on My Face, it was like gathering round the ol’ family piano to bash out some show tunes.

Just when you thought it was safe to go out again, TISM have reared their heads.
Reviewed by Martin Boulton

Cynicism will never be the new black – it’s always in style – but as Victorians head to voting booths in the lead up to silly season, they may need something extra to banish, or at least tame, less charitable impulses. Luckily, one show guaranteed to do just that, Charles Dickens’ A Christmas Carol, is now playing Melbourne in a slick and charming Old Vic production with David Wenham as Ebenezer Scrooge. 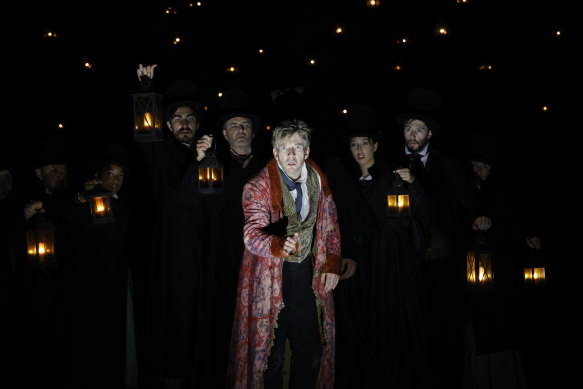 A scene from ‘A Christmas Carol’, starring David Wenham.Credit:Jeff Busby

Dickens’ tale weaves the ghost story into a timeless parable that, despite a whiff of preposterousness, never turns Christmas into a source of toxic positivity.

Social inequality and the heartless pursuit of profit are still with us, and this stage adaptation from Jack Thorne (Harry Potter and the Cursed Child) foregrounds the indictment of them, weaving nimbly between enacted scenes and choric narration, sometimes unfurling with uncluttered theatricality into song and dance.

Music is a highlight. Christmas carols in seamless harmony, the whole ensemble performing handbell choruses, and an up-tempo folk band all help to shape the pace and add to the humour and drama, from the iconic scene where Ebenezer slams and bolts the door against carollers to the comedy and pathos of his festive revelations.

Wenham’s Scrooge looms large. We get the legendary miser in full Dickensian caricature, and it’s fun to watch him sneer and snarl and “Bah, humbug” his way through Christmas Eve, before a visitation from beyond the grave – the condemned spirit of his former business partner Jacob Marley (Anthony Harkin) – forces a reckoning, and a change of heart. 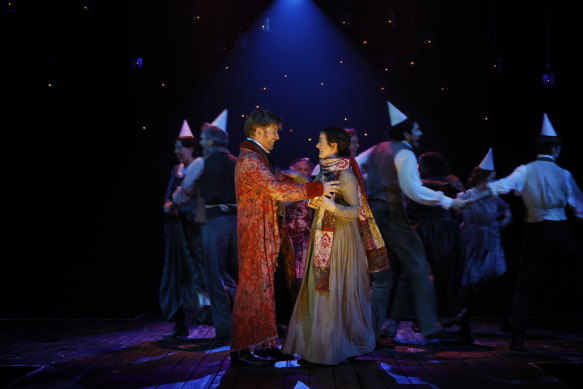 David Wenham and Sarah Morrison in the Melbourne production of ‘A Christmas Carol’.Credit:Jeff Busby

The storytelling remains economical and well-paced, building to a warm reconciliation between Scrooge and his nephew (Andrew Coshan), and a Christmas feast with Bob Cratchit (Bernard Curry) his wife (Stephanie Lambourn) and Tiny Tim (Theo Watson-Bonnice) that springs into light-hearted audience participation and a Christmas-themed musical finale.

A Christmas Carol is heart-warming and stylishly directed commercial theatre. It’ll solidly entertain adults and children alike, and the goodwill it inspires should uplift even the most inveterate of scrooges.
Reviewed by Cameron Woodhead

As racial and political tensions continue to roil America, this thoughtfully conceived and energetically presented concert allowed the Australian Chamber Orchestra to explore the distance between reality and the American dream from a musical perspective. 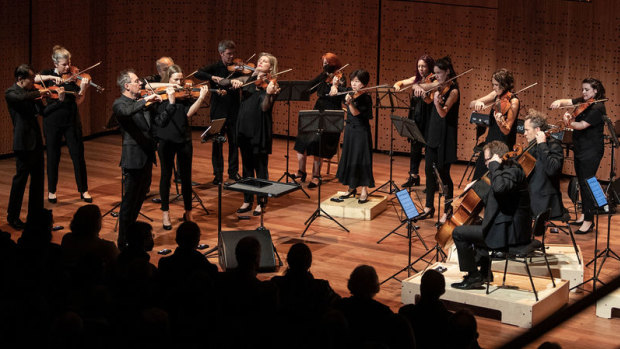 Dvorak’s “American” String Quartet lay at the heart of the program. To what extent this work embodies the Bohemian composer’s vision of an American national music based on “Negro melodies” is a moot point, but his idealism has had some belated traction in the recent rediscovery of Black composers like George Walker and Florence Price, who also featured.

Walker’s early Lyric for Strings pays homage to the celebrated Adagio by his fellow student Samuel Barber, but also surprises with its faint echoes of Vaughan Williams. Three settings from Price’s Five Folksongs in Counterpoint dressed up familiar melodies in high romantic garb, giving them something of a grandmotherly feel, yet they were not without some levity.

Unsurprisingly, various facets of minimalism were explored. Aheym by Bryce Dessner was an arresting curtain-raiser in which old and new worlds collided, bringing bracing, mechanistic rhythms together with a modal melody, redolent of his Jewish ancestry.

A new commission, Echo Transcriptions by Samuel Adams, son of the composer John Adams, colours a minimalist soundscape not only with solo electric violin, but Moog synthesizer and electric guitar. This music, with its complex rhythms and textures, was most effective when its freneticism was relieved by moments of appealing repose.

A sprightly and deftly coloured account of Richard Tognetti’s effective, new transcription of the Dvorak brought to a close this fascinating survey of the not-so-united states of American music.
Reviewed by Tony Way