Unplanned and unfiltered. When Don Cheadle stopped by Kevin Hart’s new talk show, Hart to Heart, that’s precisely what the show was.

The Biggest Talk Show Controversies and Feuds Ever

The talk show — described as “unplanned, unscripted and unfiltered” — features the Jumanji actor, 42, chatting with a slate of high-profile guests for Peacock, beginning on August 5.

A clip from his conversation with Cheadle, 56, went viral on Thursday, August 12, as fans couldn’t stop watching Hart’s unfiltered and awkward reaction to learning the guest’s age.

The Marvel star brushed off his comment at the time. “It’s fine. We’ll take a poll on how you meant it with people here later after the show’s over.”

The Ride Along star kept apologizing throughout the segment, “I can sit up here and honestly say, ‘Buddy, that that was from a place of love.’” He even tried to prove his point by repeating the word with different inflections, which Cheadle noted were “two different damns.”

Twitter had a field day with this clip as users shared all sorts of funny reactions, noting how unbelievable this situation turned out to be and Cheadle’s amusing response at the time. 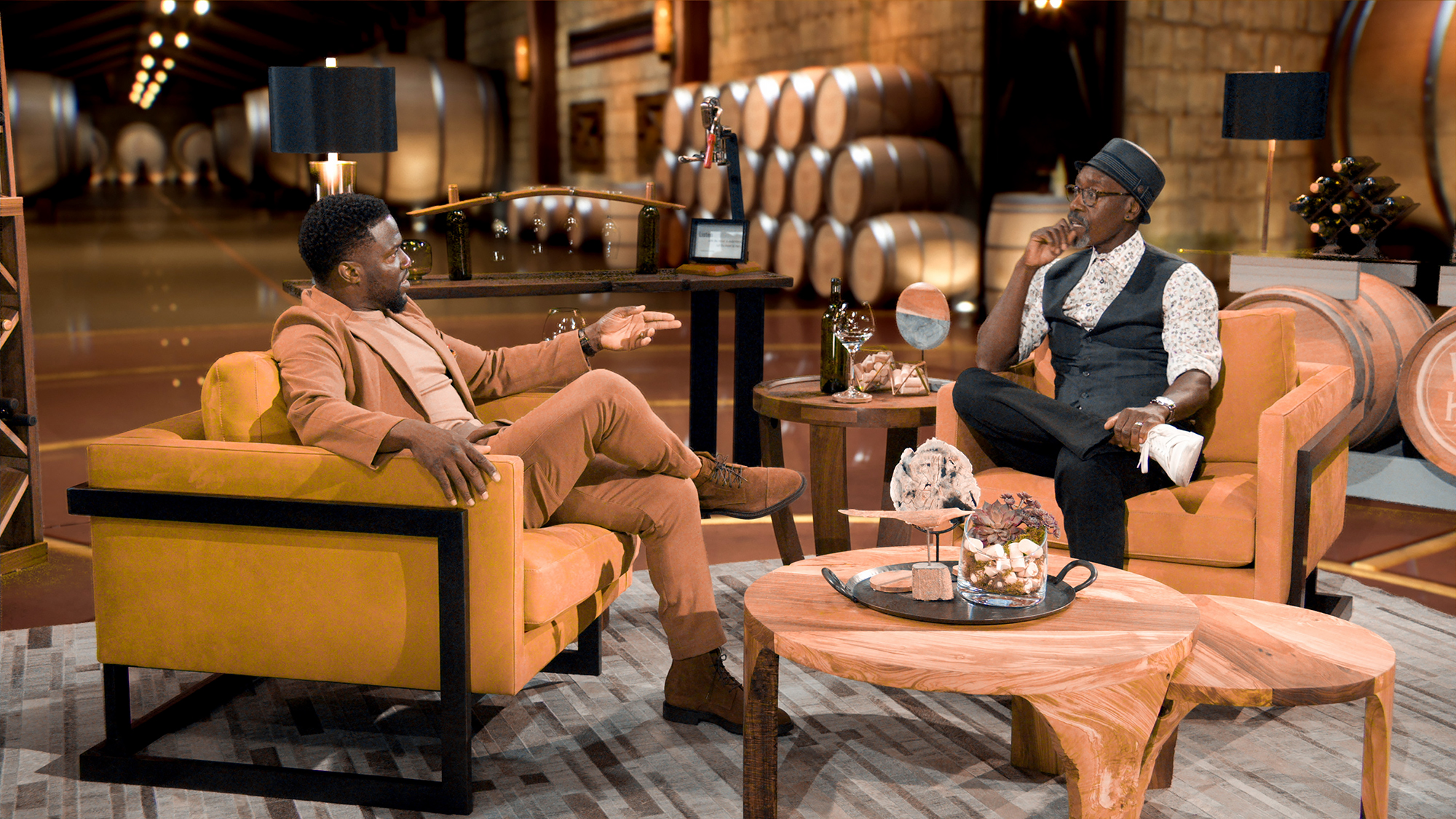 One user even commented, “I love that Don Cheadle is 100x times funnier than Kevin Hart and that Kevin’s entire career could not withstand the comedy that Don created in this clip.”

Another social media follower tweeted, “Don Cheadle is now 46 cause he just sucked ten years out of Kevin Hart’s soul.”

The Most Viral Internet Stars of All Time: Watch!

When a fan asked Cheadle “what went through your mind at the moment” via Twitter, the Missouri native replied, “😂😂😂 that @KevinHart4real and i need to do a movie together asap! i think this is my favorite interview ever. ‘damn! 😂😂😂.”

Before the show’s release, Hart shared promotional footage of the two men via Instagram, captioning it, “My new talk show ‘Hart to Heart’ is streaming now on @peacocktv ….Real conversation with no prep at all….It’s dope as hell. Here is a small clip of me & @doncheadle doing what we do best and that’s being assholes to one another 😂😂😂😂 Go stream ‘Hart to Heart’ on @peacocktv NOW #HartToHeart.”

My Lover’s Girlfriend Asked Him To Dump Me. Here’s What I Learned When He Did.